Are the Con Zombies Out of Control? 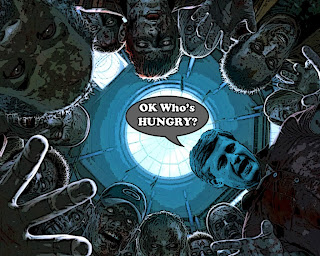 Damn. Even after studying them for years, I don't think I'll ever really understand the true horror of Stephen Harper and his Con zombies.

I know they shame us in the eyes of the world. But why do they always go after the CHILDREN?

Two weeks ago they killed a motion to create a national anti bullying strategy. And then mocked the opposition by shouting "Don't bully us !!!!"

On Wednesday night they killed a plan to help sick children in Africa. 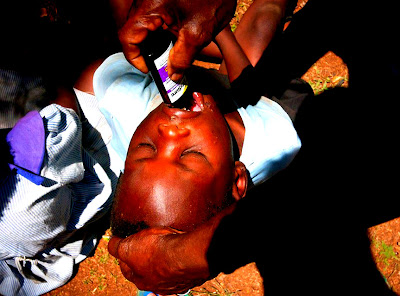 “We are highly disappointed with the result of tonight’s vote. This Bill would have helped get life-saving medicine to the world’s most vulnerable children without any additional costs to the government or Canadians. This is a missed opportunity and it is children who will suffer most.”

Currently only 42 per cent of the estimated 1.5 million infants born worldwide to mothers with HIV receive the antiretroviral (ARV) treatments needed to prevent transmission of the disease.

Can you believe that? How cruel can they be? And are these beasts out of control? For surely only that can explain this.

I mean haven't we seen this kangaroo court before? 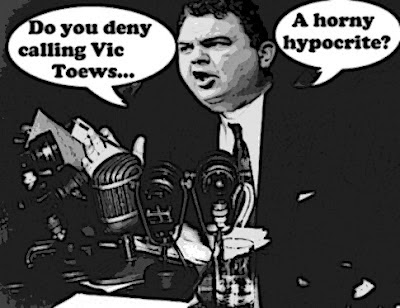 How did that work out?

And who do these zombies think they are? Trying to drag opposition MPs before parliamentary committees for the "crime" of criticizing the Cons in Alberta, and the  greedy policies of the one-party petrostate that are killing jobs all over the country.

Or, more accurately, the crime of telling the truth. To Cons.

Instead of apologizing, Justin Trudeau should have said: "Yes, I said Albertans, and these are the Albertans I was talking about: Stephen Harper, Preston Manning, Jason Kenney, Rona Ambrose, Rob Anders and a host of others. Compared with them and their accomplices, Quebec is far more in tune with real Canadian values. Want to make something of it?"

Trudeau cheered everyone up when he punched out Conservative Senator Patrick Brazeau. He should have drawn a lesson from that victory: the only thing Conservatives understand is a punch in the mouth. Courtesy is wasted on them; they sure don't waste it on the rest of us.

For let's face it eh? Those bestial zombies ARE out of control, and progressives need to join forces to teach them a lesson. Just like Justin did.

Before they kill more children, or poison us all with fecal splatter.

A memo from a Canadian Food Inspection Agency (CFIA) meat hygiene supervisor obtained by CTV News instructed CFIA inspectors to closely examine carcasses being processed for shipment to Japan, but to ignore visible contamination on meat for Canadians.

He said that sort of contamination includes fecal matter and intestinal content, but the most dangerous was the spinal cord matter, which can affect the human brain.

Or should I say MORE fecal splatter? For surely there is no better word to describe the Con regime.

And the good news? We'll make sure they wear that spinal cord matter, and those poor dead children, around their necks, all the way to the next election.

And of course now we know what to do if we're ever cornered by a pack of Con zombies.

Throw a heap of Alberta beef at them. To distract and disable them.

And then run for your life...

P.S. Sorry. The fried chicken at the end is for Rob Ford. The Con's good  bubbah.

And then we're firing them ALL...

You gave me a great idea. The Con MPs in my area need to be held accountable, so I am going to write a letter to the editor of the newspaper pointing out they voted against these two bills.

Its not just other children Harper is destroying. Look what happened in Niagara Falls.

Yup, keep bashing Alberta and by extension everyone else who doesn't fit into your narrow pigeon hole. Afterall look at the success it has brought your "movement" thus far. And what is with you Quebecers and your hubris? Like you actually have anything to be proud of.

Everyday now it’s something more and more disgusting from Harperland, disgusting and un-Canadian. Be it abandoning HIV patients in Africa, making Canada look like a moron nation by being one of only 9 countries to vote against a Palestinian statehood, refusing to vote for an anti bullying strategy, or cutting CIDA funding to NGOs doing good work to stuff pockets of mining companies who tear up the land and abuse the rights of indigenous people's in south America and Africa etc., destroying their environment, jailing protesters, and raping women. It's like the Harperland Church of Con Clowns wants to extract all the world's wealth from the ground before the End Days and Rapture arrive, no matter how many poor nations and peoples they have to abuse to get to it, only to find out at that time they can't take any of it with them to their imaginary castle in the fucking sky, anyway.

Anonymous...I think there is a big difference between bashing Alberta and bashing the entire population of Alberta. Hell, I'm from Alberta and this post doesn't bother me a bit. I grew up in Ontario and bash it all the time (as soon as the Libs are gone I might actually consider moving back) but my bashing doesn't mean I'm bashing friends and family since the vast majority of them are from there. Half the people I've met out here from Quebec bash their own province in more colorful language than I can come up with but when I ask them about this they of course are bashing government and some of their language policies and certainly not the entire population.