When Religion is Murder 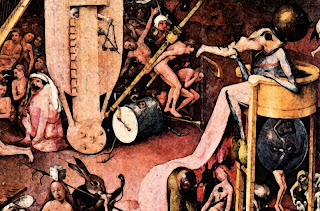 Almost every day of my life I read about the cruelty of religion, its ignorance, its bigotry, its barbarism.

But most of the time I just shake my head and don't say anything.

For what's the point eh? People will believe what they want to believe, there are many decent religious people, and since I have seen how it can comfort the dying, and those who love them, I try to ignore its atrocities, and keep my mouth shut.

But not today. For this is murder. 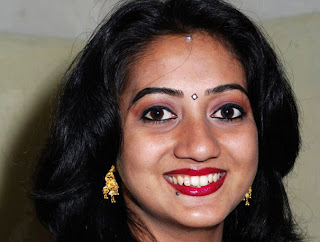 "This is a Catholic country," was what Irish doctors told Savita Halappanavar after she learned she was miscarrying her pregnancy and asked for an abortion to avoid further complications. She spent three days in agonising pain, eventually shaking, vomiting and passing out. She again asked for an abortion and was refused, because the foetus still had a heartbeat. Then she died.

She died after three and a half days of excruciating pain. She died after repeatedly begging for an end to the pregnancy that was poisoning her. Her death would have been avoided if she had been given an abortion when she asked for it – when it was clear she was miscarrying, and that non-intervention would put her at risk. But the foetus, which had no chance of survival, still had a heartbeat. Its right to life quite literally trumped hers.

And madness. For if a woman's life can be sacrificed so easily and so cruelly, no woman is safe.

So I'm with Jodi Jacobson:

Not just because I share the goals of the women's movement, but also because we share the same enemies.

The ghastly old patriarchs of this world who would put their hateful superstitious dogma before the humanity of others.

And Ireland is a Catholic country.

And that's all I have to say eh?

Except I hope all those Cons who voted for that abortion bill remember poor Savita, for if that bill had passed Canadian women would have suffered the same fate she did.

And we WILL remember.

Nice drive-by smear. Not all Tories are against abortion just like not all lefties are for it.

Anon,I think you misread the post. It does not contain a drive by smear against Tories.

Religion has no right to murder people and you need to respect that Anonymous. This woman had a "RIGHT TO LIFE" and all the religious claptrap in the world , will not absolve the Church of Murder.

All the Religious claptrap in the world will not absolve the CHURCH of murder. This woman had a "Right to Life" that Anonymous needs to respect!

Roll eyes at nony. Yes yes. Never let it be said that the great majority of those who voted in favour of the latest "This is not about abortion = abortion bill" were Socons and the person beating that dead horse onto the floor of Parliament and is still beating it around the intertubes is a sitting government MP Socon.

PS: Simon doesn't do drive-by smears. He finds a wall full of propaganda paste-ups and uses a full palette of neon paint to do a thorough mural of mockery.

hi anonymous...why do you say that it's a drive-by smear. Considering that a Con MP introduced the private member's bill, and that more than half the Con caucus vote for it, I thought I let you side off rather lightly. And the only point I was trying to make is that if that bill had passed Canadian women could have ended up like that poor women in Ireland.
BTW...according to a new poll only 16 percent of Canadians now trust Harper, so you're in rather exclusive company, and if you think it over, it's probably not something you should brag about...

hi sassy...thank you, I don't mind being attacked for attacking the Cons, but for once I think I'm innocent... ;)

hi Sue...You're completely right, there is simply no way to excuse what happened to Navita. And the fact that this outrage was committed by so-called doctors disgusts me beyond belief. For not only are they violating their Hippocratic oaths, but they are also violating all norms of human decency, and although I'm not a vengeful person, I do hope they are punished severely...

hi Niles...thanks for standing up for me, and pointing out the facts to anonymous. And a special thanks for this:

Simon doesn't do drive-by smears. He finds a wall full of propaganda paste-ups and uses a full palette of neon paint to do a thorough mural of mockery.

I wish I could live up to that high ideal, but I still love it, and it reminds me how much I have missed you and your writing, and how glad I am to see that you are blogging again at DJs. Keep it up brother, it's a long and hard road, and we need you...

Rules are made for people, but people are not made for rules. People are made to lead a good life.