Watch a Con Minister Being Coached to Lie 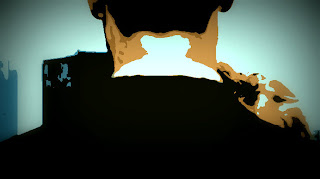 I've always believed the Cons are a cult, where the truth means nothing, and the Big Lie RULES.

A cult where Con operatives tell Ministers what to do and say.

But never to my knowledge have they been caught on tape lying like thieves.

Now watch this shocking video, and the "education" of Maxime Bernier.

Then help spread the link all over the internet. And tell your neighbours.

For if those Cons are lying about a sales tax or a carbon tax, what else do you think they could be lying about?

Who is this sinister operative who would coach a Minister to mislead Canadians? 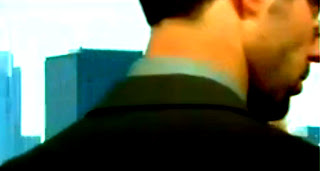 Who are those ministers who regurgitate such pap so easily? Is the secretive Con cult so flushed with power they think Canadians are stupid enough to believe them if they repeat a Big Lie over and over again?

For let's be absolutely clear eh? The "NDP job killing sales tax" and the NDP job killing carbon tax exist only in the dark minds of those Republican-style ideological fanatics who have turned the PMO into Karl Rove's filthy kitchen, and our democracy into a farce.

Oh well. Their contempt for Canadians will come back to haunt them. We'll make sure of that eh?

And whatever they say or do, this is The Truth as I see it : The Big Lie cannot be allowed to succeed if Canada is to remain a democracy.

So the sooner we unite to defeat them, the safer we will be... 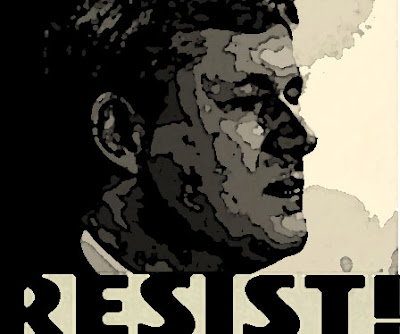 Nothing wrong with having your facts and ducks lined up, mountains out of molehills from the liebrals.

Ducks?- he was being coached to lie

Cult? Oh we saw who is a cult with the death of Jack Layton. The poor wailing masses! Where had their "leader" gone?

Oh Dear, Finally on tape for us all to see. Oh those pesky truths! Most of us know just by listening, that the "Talking Points" all come out of one office and merely highlight the cult behaviors. I guess " The Little Black Book of Conservatard Witticisms" needs a new editor. Do ya think Bernier noticed he was being recorded? One would think even a RoboCon would care.

And, in response to the moron harpercon cabinet minister being spoon-fed his shameless lying talking-points, the idiot harpercon trolls pipe-up with their incoherent talking-points.

Who got this army of scum-bags so well orchestrated?

This doesn't surprise me. It was embarrassing to watch this liar coach from the PMO lecturing and coaching airhead Bernier on the false talking points that he was to obediently recite like a fucking Con PARROT. It was a good illustration WHO WE HAVE IN OTTAWA. They are like those money grubbing huckster tele-evangelists on TV conning peopleout of their last penny. In Harperland it's ALL about the message and the marketing, the oily ads and pushing behind the scenes and through deception the rancid rightwing republican styled ideology that they KNOW Canadians would NEVER support; truth, integrity, and dignity mean nothing to these Conservative cultist assholes.

The same assholes that schooled ignatiev so he could come back here and fuck the liberal party damn-near to death; that's who!