The Con Bullies and the Dead Children 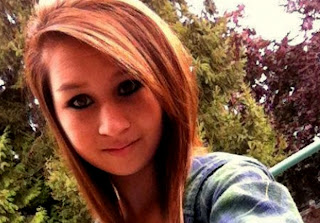 She would have been sixteen next week, but she killed herself last October after two years of being bullied and cyber-stalked.

It was a beautiful ceremony, both sad and inspiring.

Notes on the computer she left behind showed she was planning her birthday before she died and this year, like every other year - she wanted to have her Port Coquitlam home lit with Christmas lights in time for the party.

Sunday, the entire cul-de-sac was glowing with Christmas lights.

So I dared to hope that something good would come out of this tragedy. That it would inspire the politicians in Ottawa to support Dany Morin's motion calling for a national anti-bully strategy.

But today that motion was defeated, killed by the Con bullies.

Votes from a handful of Conservative backbenchers weren’t enough to push through an NDP proposal to strike an all-party committee to study and craft a national anti-bullying strategy. The motion from NDP backbencher Dany Morin was defeated Wednesday night in the Commons by a vote of 149 to 134.

About half a dozen Conservative backbenchers voted in favour of the motion, but the support was not enough to have it passed.

For the foulest of reasons. For don't believe any of their pathetic excuses, they are just more Big Lies.

The ONLY reason they voted against the motion is to pleasure their rabid religious base, who hate any kind of anti-bullying bills because they also protect gay children. 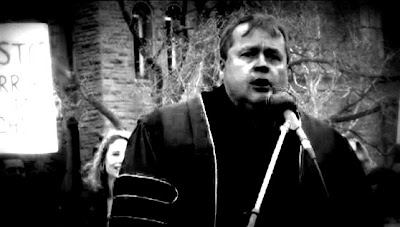 McVety said he’s not opposed to a bill banning bullying in schools but objects to singling out gay and bisexual students for protection, calling it an example of “Orwellian double-speak” that would make some students “more equal than others”.

And the Cons would rather suckle ghastly bigots like McVety, Harper's good buddy, than help save the lives of bullied Canadian children.

Even though so many have died in such a short time... 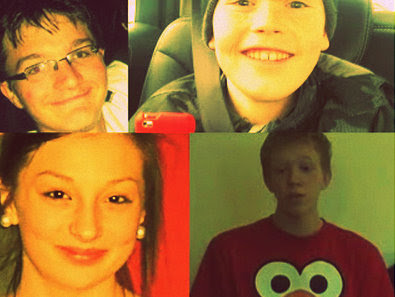 And so many are still suffering.

Can you believe that? Are those miserable Cons humans or beasts? Or bullies like their foul leader?

And when in the name of human decency can we get rid of them?

For although I'm still too angry to think straight,  I do know this: Amanda Todd will not be forgotten. All those other kids will not have died in vain.

We will remember. The bigots and bullies will be beaten.

And the struggle will continue...

Where can I find the names of those CONs who voted against this motion? I was already disheartened with today's announcement of how the CONs plan to treat Not Criminal Responsible mentally ill convictions. What a hateful bunch, preying on the families of victims of crimes to stir hatred and vengeance. Quite the opposite of that beautiful Words Campaign video.

hi Beijing...I don't know where we can their names, but I will try to find out. I also want to know which Cons voted for it, so I can give them a tip of the tuque for doing the right thing for once.
But as point out in my latest post, nothing can make up for what the rest did. And some of them even heckled Dany Morin, who was bullied himself,after the vote shouting "stop bullying us." Which makes them the scum of the earth as far as I'm concerned.
And of course I feel similarly about how they intend to treat mentally ill prisoners. For only beasts would act like that...

those cons who voted against the bill are truly sick. it does demonstrate though how much of the american politic landscape has gravitated to Canada.

I'd like to know also who voted against it because if its my MP, John Duncan, I do plan on writing him a letter. If he voted for the bill then of course I'd like to thank him.

Beijing and Simon, This site is a good starting place.

For the vote you are looking for, from the link above Vote #503

hi sassy...thanks a lot that's a great site. And now I know who is responsible. It's disheartening to see that the Bloc voted against it because of the bullshit of "provincial jurisdiction." And I also note that several progressives missed the vote. But now I know the enemy a little better, and am more determined than ever to defeat them...

hi e.a.f...you can see how they voted at the link sassy sent me. And yes it is depressing. You'd think that an issue like that would be above partisan politics, but in Harper's Canada I suppose decency is too much to expect...

The vote was about developing a strategy, not about the will to prevent bullying. There are other mechanisms for dealing with bullying. In my opinion, it would be a waste of money to pursue a strategy. Lots of talk, to what ends?