Obama and the Wailing of the Cons 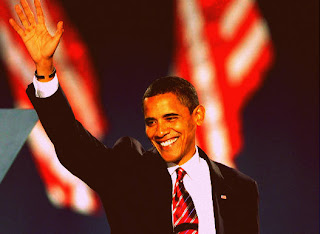 Wow. What an amazing night. It's hours after it ended and I still can't believe it.

How Obama knocked Mitt Romney off his White Horse, and sent him back to Bain Capital riding backwards on a burro.

For as even David Frum admitted "This isn't a reaffirmation of the status quo. This is a Republican thumping."

And that wasn't the only good news. Women not only powered the Obama machine to victory, they sent anti-abortion wingnuts like Todd Akin and Richard Mourdock packing. It was a great night for gay marriage.

A bad one for the billionaires, and The Great War on Drugs.

And as if all of that wasn't good enough eh? There was the wonderful sound of Cons everywhere, squealing like stuck pigs, wailing like babies, losing it like Donald Trump.

Or just lining up to be arrested.

Because I hate to say it, but I think the police are going to have to arrest a lot of those teabagger Cons, maybe even shoot a few. Before they hurt decent people, or start eating themselves.

And let's not forget poor Stephen Harper, crying into a bucket of curry, in faraway India. For I can only imagine how much him and his Cons wanted Romney to win, so this must REALLY hurt.

Just like I can only imagine Obama's reaction, if he even bothered to read it. "Who says WHAT?

But then of course Great RepubliCon Klown Leader has every reason to weep. For not only will he have to put on knee pads every time he meets Obama. The main lesson of this election seems clear.

Put together a mighty coalition of women, minorities, the old and the young, run it like an army, get out the vote, and you can crush the Cons like bugs any old day. And believe me we will.

The Cons are running out of history, the writing is on the wall and the future belongs to us.

Today it was Romney's turn.

Tomorrow it will be his... 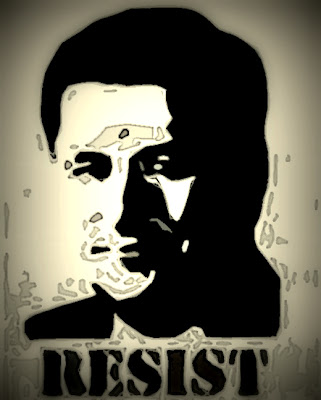 And one final note...a few weeks ago when it looked like Obama's support was flagging, I noticed that Bruce Springsteen was at his side, singing his heart out and cheering up the troops.

And in one song he asked is anyone still alive out there?

And tonight the Great Progressive Coalition roared its response.

Hey Cons, how much does it hurt? Oh goody.

"maybe even shoot a few"

You better hope it doesn't come to that. Blow-back is a nasty thing.

hi anonymous....well of course I don't want anybody to be shot. But they are going to have to send the SWAT squads to control those violent, spittle flecked, racist teabaggers, so I fear the worst...

I think Canadians fate was sealed, no matter who won the U.S. election. I much preferred Obama though. He does care about his citizens well being. Harper does not.

I think Harper will still sell us out to Communist China, along with all of the jobs. If Harper gives China the bulk of the tar sands. Canadians won't get those jobs. Harper has permitted all company's, to hire cheap foreign labor. China owns BC mines. There are 2000 Chinese workers coming to work BC mines.

I'm sure the Key Stone pipeline will still go through. There was just some delicate terrain to be sorted out. Premier Redford, has signed a deal. American War Vets will build the pipeline out of the Alberta tar sands. America got the contract, to tear down the old smelter in Kitimat BC. They are also building the new smelter. They brought their own workers with them

The U.S. owns some of the new mines in Northern BC, they are bringing their own workers for those jobs too.

If China owns any of the new mines in BC, they will bring their own people, to work those jobs too.

Harper has purposely, given all of the jobs to foreign country's. Harper hates Democracy. He has taken away our Civil Rights and Liberties. Our Freedom of Speech is under threat. The internet monitoring is on again. Harper hates his dastardly deeds, being posted on the internet. Harper is taking away our Human Rights as well.

You tell me?? What kind of a P.M. would do this evil, to his own people? Harper is in the lowest form, of the human species. Harper has no morals nor ethics, what-so-ever.

No, they won't. They aren't just going to arrest people for no reason. Besides, do you think Obama really wants more Wacos and Ruby Ridges on his hands?

hi anonymous...actually I believe that the Secret Service takes a very dim view of those making violent threats against the President. And I guarantee you every one of those Twitter terrorists will be questioned. As for Obama fearing another Waco or Ruby Ridge...I doubt it.
With all the drones he has, I bet he isn't afraid of anything...

hi anonymous...you may be right about the Keystone pipeline. We are after all an American colony now going multinational. But Obama did talk about climate change last night, and now that he doesn't have to worry about being re-elected he might do something about it. And since he must now realize that he is in an almighty ideological struggle, and that Harper is not on his side, hopefully he'll do something about him as well...

Ah yes targeted assassinations even of US citizens, something Bush never did and yet Obama is now beloved of progressives. How the goal posts have moved.