The Grim Queen and the Two Four Holiday 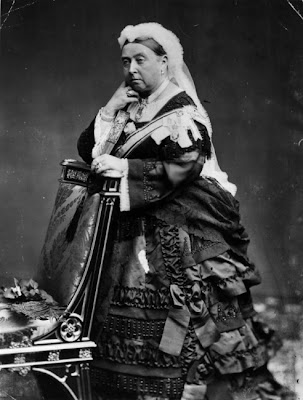 Well if you live in English Canada today was Victoria Day. The day when you remember the grim old Queen, who came to symbolize both sexual repression and hypocrisy.

The one who gave royal assent to anti-gay laws that sent Oscar Wilde to prison. And still oppress people all over the world from Uganda to Jamaica.

The Queen who never came here.

But if you live in Quebec, today was La Journée Nationale des Patriotes. A day to remember the rebels who fought the British in 1837, to demand more democracy and freedom for the colonized. 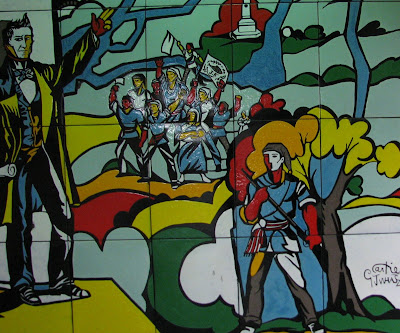 So you can imagine which name I prefer. 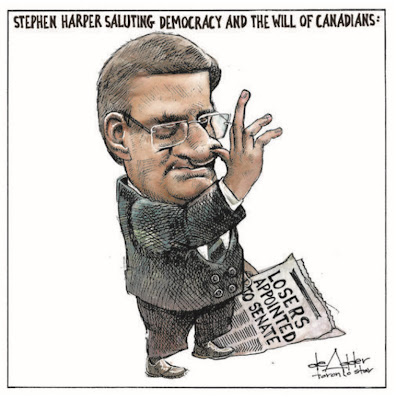 But then that's Canada eh?

When the Queen visited Ireland recently this is how many cartoonists in Britain portrayed her visit... 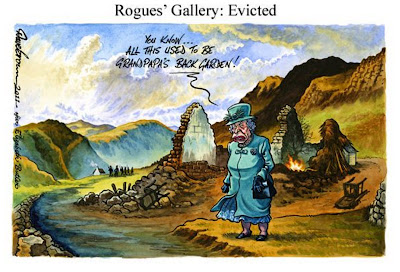 But in English Canada, the last bastion of the monarchy, a royal visit drives the media and much of the population into a frenzy of delirious excitation.

And to make matters worse, so many were so carried away by the marriage of Prince Willums and Princess Cakie, that the whole world noticed. South Park set its spoof of the royal wedding in Canada.

And naturally it ended badly... 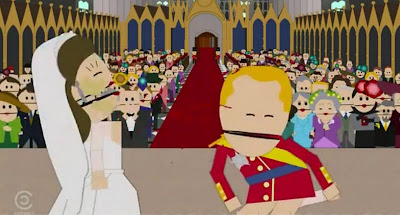 With the Prince ripping an arm off the Princess, dropping his drawers, and shoving it up his royal ass arse.

Gawd. How low have we fallen. I know the grim old Queen insisted that a woman's leg be called a "limb" lest the word incite dirty thoughts, or further fuel her insatiable drive to secretly shag her Scottish servant. But that's RIDICULOUS.

And besides it reminds me of what we did to ourselves during the last election. Allow the Cons to get a crushing majority with only 39% of the vote.

Oh boy. Why can't we just celebrate who we really are? You know, the not so smart people from the land where democracy is boring. The monarchy is exciting. And only the beaver is a noble animal.

Especially when it's pissed.

A large, agitated beaver attracted a crowd in Fort Smith, N.W.T., this week when it meandered through town and got hissy with a German shepherd.

The beaver was spotted Monday evening wandering around a residential neighbourhood, along a busy street, through a graveyard and golf course, all the while escorted by an N.W.T. Environment and Natural Resources officer.

Because that and the last election could only happen in Canada eh?

Golly. I hope you all enjoyed The May Two-Four and Fireworks Holiday.

Because by next year Stephen Harper will have renamed it Victory Day.

Who are we? What have have we done?

For all your talk about equality you seem to give off this nasty impression that you Québécois are just plain "better" than us ugly, ignorant Canadians.

Odd how you left out the fact that there was also a rebellion in Upper Canada in the same time-frame as the 1838 Lower Canada Rebellion(though to your credit it was significantly smaller). Our country's history been so twisted by self-serving politicians to serve partisan ends, so do not be so naive to think that you can trust a history education cirriculum set down by the PQ (or the federalists, for that matter).

True, the royals can still draw quite the crowd. But it is more a celebration of history and some bizzare societal infatuation with so-called "celebrity" that drives it rather than monarchism.

Do you want to know what Victoria day really means to most of us out here in "the provinces"? It is a day off of work. Very little more or less. Granted, there are a few last-gaspers who cling to the archaic monarchy. But ask any young (and especially any politically motivated) Canadian, especially in the West, and I think you`ll find that our attitude to the monarchy is one of cold indifference.

Ironically, I think it is the English-media in Québec that care more about the royals than anyone else in the country.

That said, the sole reason Queen Victoria recieves any kudos at all is because her assent is on the original BNA Act. It is ironic that this country officially celebrates someone who is the very personification of strict social conservatism, but I digress...

hi did101...I don't know why you are so grumpy. I certainly did not mean to imply that the Québécois are better than other Canadians. I love all the people of this country, just some more than others. ;)
I'm also very aware of the Upper Canada rebellion and of course I supported that one too. And I also should point out that the one in Lower Canada included a lot of Irish and Scots too, and since I'm a Scottish-Canadian what do you expect?
Seriously...all I'm saying is that I would much prefer the holiday to be named after a Canadian/Canadien than a cranky old English Queen.
But that in the meantime, like most of my fellow hosers, I'm quite prepared to live with its unofficial name the May Two Four and Fireworks holiday...