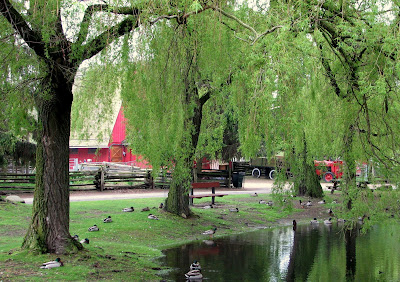 Oh boy. Sometimes it's not easy to be a Canadian eh?

There I was this afternoon at the old farm, enjoying a quiet moment with the ducks, and thinking: Oh how lucky I am to live in sleepy old Canada.

Even if now it's a dictatorship, and we're at the mercy of a MANIAC.

And scared the bejeesus out of EVERYBODY... 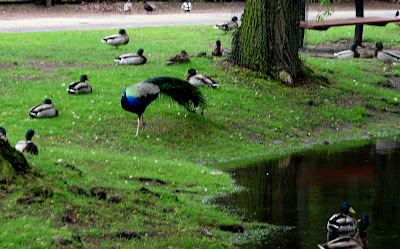 Or was it John Ibbitson?

Confession: This is a difficult time, what with everything turned upside down...

It used to be that if someone at a party assumed you knew who the NDP housing critic was, you took it as a sign it was time to leave. But this is now the shadow cabinet, and the party’s position on equalization or the oil sands actually matters, so it behooves the press gallery to treat the social democrats as the government-in-waiting that constitutional convention says they are.

Because any more hysterical and corporate media than that, and Ibby would have to spread his fan like a peacock's ass, and ventilate himself like an aristocrat... on the way to the guillotine.

And as if those fowl noises weren't bad enough, now some Liberals are screeching: "Clarity!!!  Clarity!!! The NDP are SEPARATIST STOOGES !!!"

Gawd. As if that will help the cause of national unity. 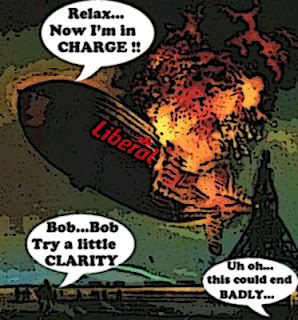 Damn. Don't the Liberals ever take ANY of my free and friendly advice?

Unite against the common enemy or we'll all go down TOGETHER.

But of course I realize I'm just dreaming eh?

Seeing progressives unite in my life time would be as surprising as seeing Jason Kenney turn into the sugarplump fairy right before my horrified eyes. And offer to...um... marry me.

Turn into a real celebration...

No. No. It could never happen here.

This is boring old Canada where change is a threat. Something young and new is SCARY.

And there are more dummies than you can count.

Because it is a beautiful country... 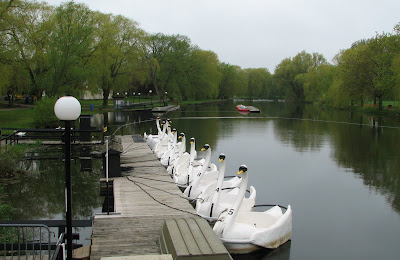 Except for all those desperate dummies.

I really have to ask, what is it referring to a few Liberal leaning bloggers as the actual Liberal party? Saw a few other blogs yesterday referring to Calgary Grit as the Liberal Party too. They're bloggers with an opinion like you. Cons have been stifling separatists and progs of all stripes and steadily, I've been noticing NDP supporters trying to suppress Liberal bloggers.

As for Ibbitson, he's a Harpercon cheerleader, thru and thru. He'd been convincing his readers that a Harpercon majority would be really peachy keen!

As for the clarity act, did you vote in the 1995 referendum? Did you see the question? It was quite convoluted and was confusing for many people. In fact, a poll had come out shortly afterward saying about 30% didn't understand what the question was. I'm sorry, Jacques Parizeau back then should've known better. Deliberately putting out a confusing question? Not democratic; something Harper would do.

And I'm a Quebecer who's disillusioned with federalism.

hi CK...first of all I'm not an NDP blogger, I'm a blogger that puts his country before any party, and as my record clearly shows I have been trying to bring warring progressives together for the last five years.
What I am is incredibly impressed by the way the NDP has managed to gain the confidence of so many French-speaking Quebecers, and bury the Bloc. And I have been totally disgusted by the way so many Liberals voted for the Cons. For that must surely be the greatest betrayal in the history of this country.
Secondly, I was also disgusted by the way some Liberal bloggers and operatives have targeted the NDP's young MPs.Because this old and tired country needs all the new blood it can get.
Thirdly, no I couldn't vote in the last referendum, but I remember it well, and the Clarity Act can kiss my ass. It's just another example of English Canadians treating the Quebecois like children. When in fact they are the smartest and most Canadian voters in the country.
And no I didn't find the question confusing at all. If you vote Oui we go, if you vote Non we don't. And fifty per cent plus one is good enough for me.
Finally, I intend to keep on trying to bring progressives together, but as long as some Liberal bloggers keep acting as if it was all about THEM, and playing the anti-Quebec card, I will keep attacking them. For they are no better than the Cons...