Sean Avery and the Hockey Homophobes 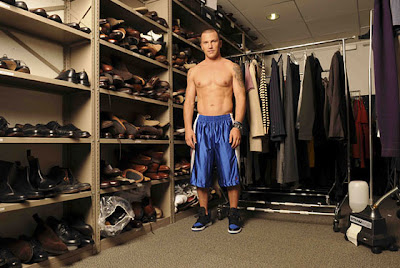 Only to trigger this tweet from an NHL player's agent.

Now the bigot tries to claim he isn't a bigot.

"To clarify. This is not hatred or bigotry towards gays. It is not intolerance in any way shape or form. I believe we are all equal... But I believe in the sanctity of marriage between one man and one woman. This is my personal viewpoint. I do not hate anyone."

Only to be joined by another one.

“I completely and whole-heartedly support Todd Reynolds and his support for the traditional and TRUE (sic) meaning of marriage,” he Tweeted Tuesday afternoon.

Minutes later, he wrote: “Reynolds … Peter Vidmar … coming under the attack of the so-called liberal left.”

Great eh? No wonder the NHL world is one of the last bastions of homophobia in this country. No wonder it's such an ugly place of brutish violence, too many concussions, and Don Cherry. No wonder gay hockey players don't dare come out.

Do you really think gay marriage is safe in Harperland? Don't count on it.

Sean Avery is my hero.

While I commend Sean Avery for this particular PSA I am not a fan of the man.

I am not commenting on his style of play but rather the manner in which he has conducted himself in other matters. His nasty comments about Elisha Cuthbert were inexcusable. See: http://en.wikipedia.org/wiki/Sean_Avery

In 2008: "On December 5, the NHL fixed Avery's suspension at six games, retroactive to the December 2 game against the Flames. He agreed to undergo an anger management evaluation, and structured counseling if necessary, due to what the NHL called "unacceptable and antisocial" behavior "at odds with the manner in which his more than 700 fellow players conduct themselves". The league disclosed that Avery had been warned before about his behavior by both Commissioner Gary Bettman and league disciplinarian Colin Campbell."

"Earlier, TSN reported that Stars' management were actively pursuing all options to permanently rid themselves of Avery.[23] Hull said one factor in the decision was that coach Dave Tippett and the rest of the team did not want to take Avery back. Earlier, Tippett had said he had specifically told Avery not to talk to the media about his former girlfriends, and was very upset when he did so."

hi anonymous...uh oh I must admit I haven't followed hockey closely for years. I knew he was an enforcer and had a big mouth, but I didn't realize it was that big. I especially dislike his comment about French-Canadian players, and he definitely can't be my hero after that.
Still, he operates in a disgusting environment, and for standing up for gay marriage, and getting that Sportsnet bigot fired, I'm willing to overlook a lot of his human frailties... ;)

hi P2P..I replied to this comment with a brilliant comment of my own the other day. But then Blogger crashed and wiped it out, and now I can't remember what I said.
However, I do remember saying Uh oh I should follow hockey more closely. I knew he had a big mouth but not that big. I especially hated his comment about French Canadians, and after that tabarnac, he can't be my hero. On the other hand since he did stand up for gay rights, and he did help get that sportsnet bigot fired, I'm inclined to forgive him a lot of other things... :)