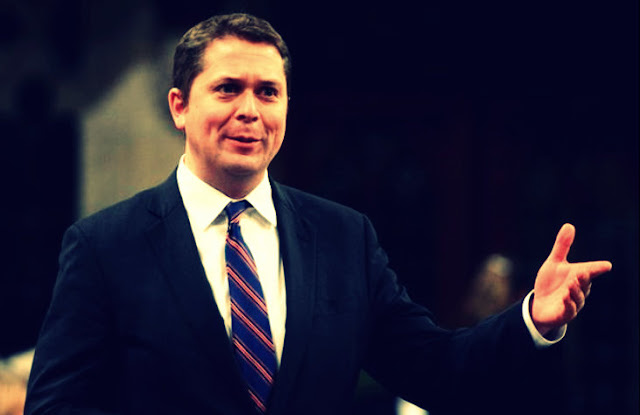 You know when I stare at that picture of Andrew Scheer, even I find it hard to believe that he is a mortal threat to Canada and its values.

I mean look at him.

He just looks like a nerd who would embarrass this country beyond recognition if he ever became Prime Minister.

A Mr Ding Dong if ever there was one.

But then I remember he is a creepy religious fanatic, who just can't stop lying. 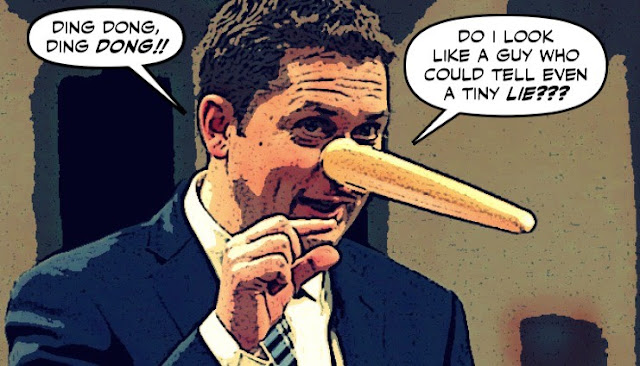 With this one, taken straight from his website being the latest... 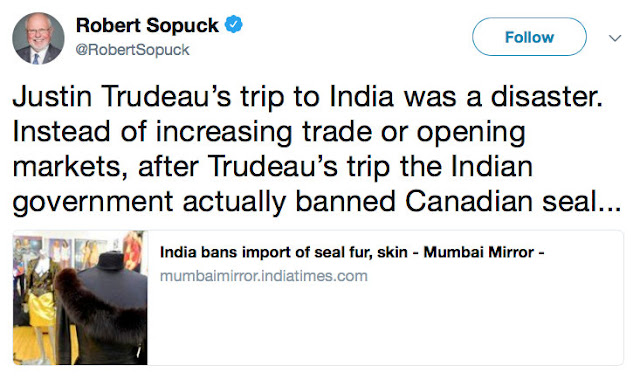 One that quotes the dotard Con MP Ron Sopuck as claiming that Justin Trudeau's India trip was a "disaster," because that country has banned imports of seal products.

When if you actually read the story, it's clear the trip and the ban are totally unrelated.

HSI India managing director NG Jayasimha said, “We are delighted that our persuasion for four years for the ban had yielded results. With dwindling world markets for seal products, the Canadian sealing industry is counting on countries like India and China to import the seal fur, oil and meat that other nations refuse to buy and I am glad that India has chosen compassion over cruelty.

But then why should we be surprised? When as I pointed out the other day almost everything Scheer says these days is a lie. 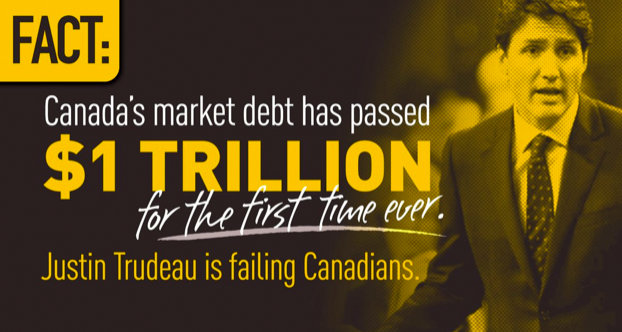 And the only reason he gets away with it is because our shabby Con media refuse to hold him accountable.

So even though this claim is also fraudulent. 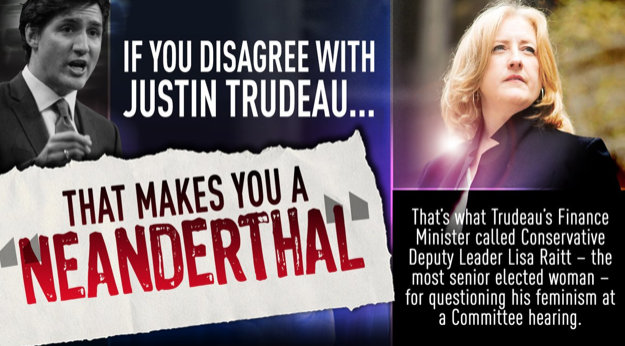 Scheer can get away with repeating it over and over again...

And all I can say is does that shameless Con artist take us for fools?

Does his Rebel campaign manager Hamish Marshall think he can put out one lie after the other on one of the many websites he is creating? 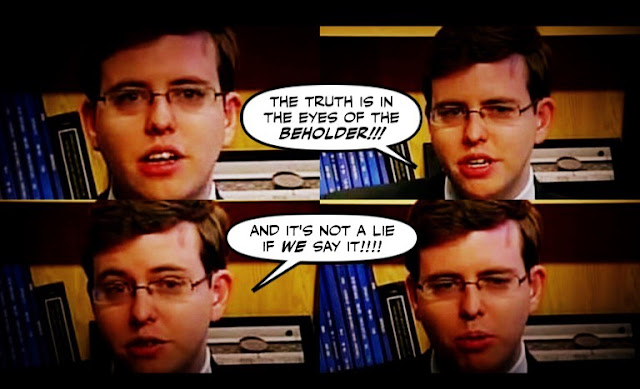 And bamboozle us into submission with all that fake news like Donald Trump did during the last U.S. election.

It's unbelievable and outrageous that something like this is happening here.

And one can only hope that the truth catches up with him and his Cons like it did with Dean del Mastro this morning.

And that like Del Mastro, Scheer will one day be forced to walk the walk of shame... 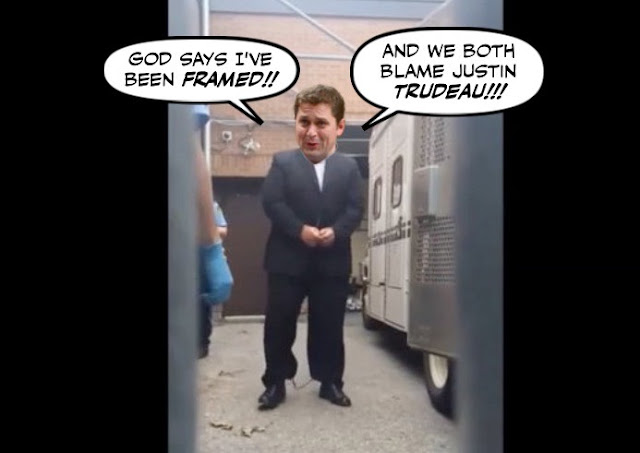 And ask himself what demon impulse forced him to lie so much on his way to jail.

And no decent person should ever vote for one...

The seal trade is cruel and barbaric. Good on India for refusing to support it.

Trudeau is the one embarrassing our country. I assume you live in a progressive bubble and all your friends are liberals. However, many people I speak to think he's an absolute joke. He's a globalist shill and if he had his way would eliminate our national borders. He's a closet communist, just like his father.

We're a post national state, no core identity. What kind of person would say something like that? What are we then? A bed and breakfast for the rest of the world? A place where there's hockey and maple syrup?

Trudeau seems like a rootless cosmopolitan. He would feel more at home in Brussels than here.

Why should Justin Trudeau or Bill Morneau apologize for something neither one actually did? If Lisa Raitt doesn't support women in positions of power, then why is she an MP? To paraphrase O.J. Simpson's lawyer Johnnie Cochran, if the jackboot fits, you must go quit. (And you're full of... it.)

People don't actually believe this crock of merde that the Stepford Candidate is selling, do they?

Not today, Nazi. Everybody knows what "rootless cosmopolitan" and "globalist" really means. Perhaps you didn't get the memo: the current year isn't 1933. So now you and the rest of your Richard Spencer fan club thinks he fits the Abrahamic trifecta? He's Catholic, a Muslim... and now he's Jewish??? And who are these "many people" you speak to who say he's a "closet communist like his father"? Rebel Media paranoid bigots? Bots on Twitter? Voices in your head?

If your boss Vlad had his way, we'd all be Russia. Very good English, comrade. Or perhaps you are a true believer, in which case go collect your loonies from Comrade Hamish with the rest of the Rebel loonies.

Fuck off back to the swamp and take your tin-foil MAGA hat with you.

Anon 12:48, "Trudeau is the one embarrassing our country." Sorry, Harper and now Scheer have that market covered.
"However, many people I speak to think he's an absolute joke." I guess the ignorant and uneducated are allowed their opinions, at least those who don't communicate with grunts and groans.
The real joke is how you Cons lap up the Con kool aid by believing any and all of Scheer's propaganda ads which are approaching Trumpian levels of complete, utter bullshit.
Ignorance is bliss in Conland and stupid is as stupid does.
JD

Please stop binge watching YouTube propaganda videos and take a peek behind the curtain. There are countless investigative articles on this subject but will only link to one just in case I am wasting my time. https://www.thestar.com/opinion/star-columnists/2018/02/04/the-increasing-sophistication-of-political-deception-on-social-media.html
RT

The bad news is that the reactionary populist movement and those trying to capitalize on it are not going away any time soon. The good news is that the Canadian contingent is being lead by a religious fundamentalist with a transparent agenda. For some reason the north American populist crowd seem to prefer cons who profess to be business geniuses while simply throwing a few table scraps to the evangelical crowd to ensure their undying support. Scheer is not that man despite the fact his propaganda guru is following the wildly successful Cambridge Analytica formula. We have seen the first steps of populating YouTube and other video news sites with a never ending supply of propaganda videos and the use of social media to drive viewer volume. As per the formula the really dirty bag of Analytica tricks remains to be implemented closer to election time. But unless they manage to create some partially believable scandals beyond the scope of Khan or India Gate, Scheer simply does not have the pedigree to be the next PM.
The attached is a long read and not the final word but is a good take on what is driving the populist surge.https://www.theguardian.com/news/2018/apr/05/demise-of-the-nation-state-rana-dasgupta
RT

Oh for heaven's sake, Putin is not the devil. Remember "yellow cake". The Russian SVR are nowhere near as stupid as something like the CIA.

The article says, "Several have noted the parallels in style and substance between leaders such as Donald Trump, Vladimir Putin, Narendra Modi, Viktor Orbán and Recep Tayyip Erdoğan".

I am near 60 years old and I tell you JT election made me young again. Harper was a Republican and if you want that move south.

Endogan spent several years attacking Turkey's institutions and polarizing public opinion before pulling a coup of the coup. Trump is just in phase 1 and does not personally seem to have the balls to step it up but certainly open to puppet masters who do.
RT

hi anon@11:45...people all over the world have strong feelings about that, and its those feelings that precipitated that ban, not a desire to punish Trudeau or Canada. The Cons know that, but they will do anything to smear Justin...

hi anon@12:48 PM...Trudeau is not embarrassing our country. On the contrary, he has restored our reputation after the ghastly Harper years. Whenever I'm in Europe and people find out I'm a Canadian all they want to talk about is Justin., and say they wish he was their PM. To suggest the opposite is not just wrong, it's insane....

Hi RT...yes, there are a lot of things going on, and interacting together. But I am deeply concerned that Marshall and Stephen Taylor are orchestrating a classic "fake news" campaign that could fool a lot of people who don't follow politics that closely. I notice how different ads are being shown to selected groups. And while this is not new, it seems to me it is being taken to new heights, and I honestly wonder where we are going...

Hi jrkrideau...I think the author is just comparing their autocratic tendencies, for while they are very different, they clearly share a love for power. Erdogan is right now more of a dictator, but Trump is heading in that direction in a hurry....

and you think we are the ones in a bubble?