The Scheer Trumplings and the Social Media War 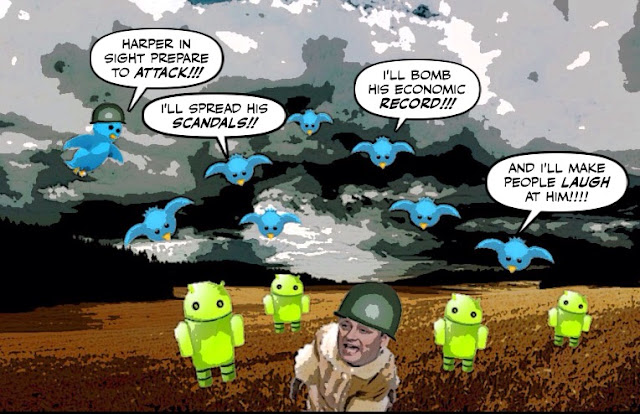 During the last election campaign I used to have fun portraying Stephen Harper under assault by our superior social media.

And that superiority helped us bring down the Harper regime, by exposing their lies, helping to get out the vote, and by humiliating Great Closet Leader over and over again. 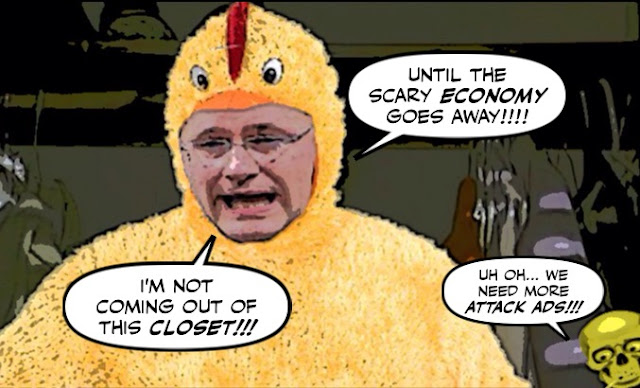 I loved it, there's nothing I like more than seeing bullies deflated.

But of course the Cons hated it, and vowed that they would never allow that to happen again.

And that this time THEY would be the Lords of Social Media. 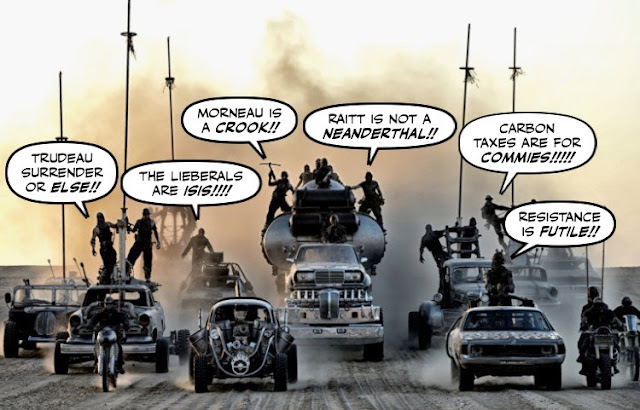 Or the internet neanderthals.

The Con Trumplings who would overwhelm OUR social media, and bludgeon us into submission with their fake news and crude attack ads.


Justin Trudeau failed to lead like a Prime Minister should. He failed to resolve the disputes between the Alberta and B.C. governments- now, Kinder Morgan is suspending the Trans Mountain expansion. Trudeau not only failed the workers he promised to help- he failed all Canadians. pic.twitter.com/tHOdV3ddv7
— Conservative Party (@CPC_HQ) April 9, 2018

And to a degree they are succeeding. For they have us wading up to our knees in their ghastly propaganda, and gasping for breath in the foul stench of their excrement.

But here's a little story that tells me that when the election campaign gets underway in earnest, we're still going to crush them like bugs, like we did last time.

And believe it or not that story starts right here on my little blog!!! 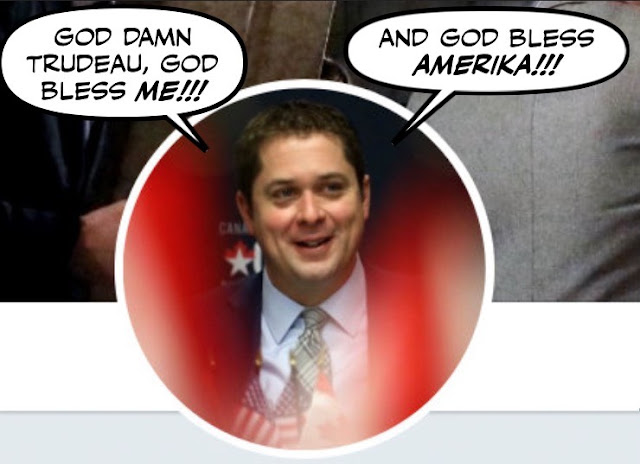 Or at the very least making me feel like I should be marching around singing Yankee Doodle Dandy.

Only to have others in our social media, like the very popular Stephen Lautens, also notice the Trumpling picture, and make it go viral.


So my humble post got more that 12,000  19,000 views and counting, which almost melted my little blog, but made me feel like Cinderella, for a day.

I had a chance to have even more fun at the expense of the loser Scheer...


If Andrew Scheer insists on losing more like an American than a Canadian, let's give him a new cap so he can really look the part. #ConTrumplings #cdnpoli pic.twitter.com/SgvbnF5XgP
— Simon (@montrealsimon) April 11, 2018


And when the panicked Cons finally surrendered, and changed Scheer's profile photo... 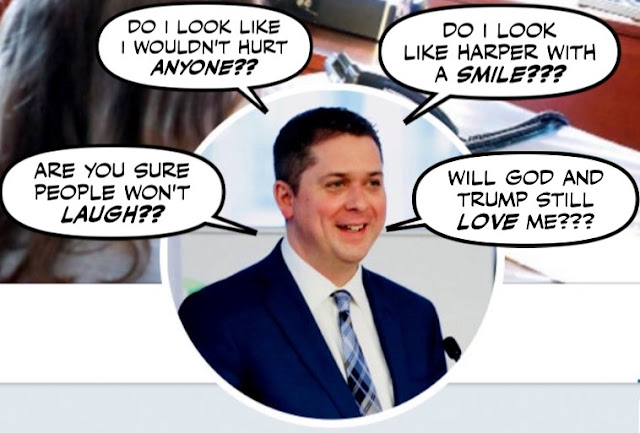 I was able to keep laughing at him...


Oh look Andrew Scheer changed his star spangled Twitter photo!!! (I insisted he keep the cap) I can't wait to see what our great social media is going to do to him and his Cons in the next election campaign.#cdnpoli pic.twitter.com/IJKDAJz9M6
— Simon (@montrealsimon) April 12, 2018


But seriously, what I take from this little story, is that many Canadians are very worried about the Con threat to change our country into some kind of Trumpland North.

And that we still have what it takes to put those Con bullies and would be traitors in their place.

We are better than them, we are MORE than them, all the bots in the world can't change that.

We are the future, they are the past.

And when the time comes, and it will come soon.

We really ARE going to crush them just like we did last time... 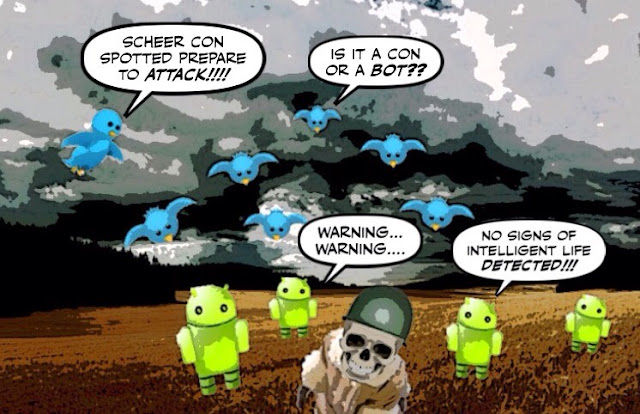