The Killing of Sammy Yatim: Should Another Cop Be Charged? 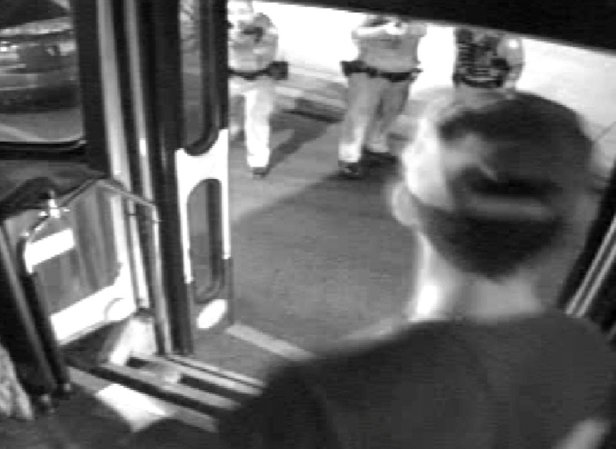 It's been almost a week since the Toronto police officer James Forcillo was found guilty of the attempted murder of 18-year-old Sammy Yatim.

Even though he killed him, and it was murder.

And now there are calls for another police officer to be charged for what he did to Yatim after he was shot.

Tasering him as he lay there dead or dying with eight bullets in his body.

Lawyer Peter Rosenthal told the Star he believes Sgt. Dan Pravica — who Tasered Yatim on an empty streetcar in July 2013 after he was shot by Forcillo — should be charged at least with assault. “As Sammy Yatim lay on the floor of the streetcar, he did not pose any danger to anyone,” Rosenthal said.

“Thus, Tasering him was a completely unjustified assault. We cannot know if Mr. Yatim felt any effect of the Tasering as he died, but it was an assault in any event. If Mr. Yatim was actually dead by then, it would be an attempted assault. The officer should be charged.”

And whether the officer who tasered that bullet riddled teenager, is being given special treatment, like the killer himself. 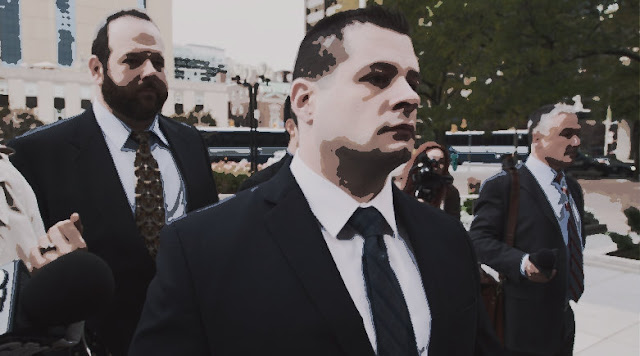 Rather than being remanded in custody, as usually happens after an attempted murder verdict, Forcillo was escorted from the courthouse by police on Monday afternoon. "I can't think of any other case where my clients have been carted off by the police to their homes," said Brown. "Normally they're taken to jail."

Because that would be a big mistake.

Many Torontonians are outraged enough by the verdict. And any hint of special treatment can only further undermine their confidence in the city's police force. 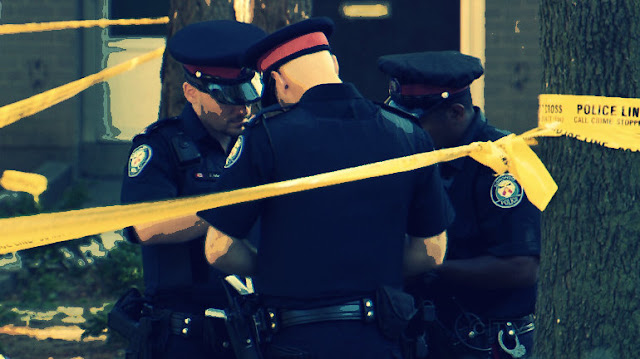 Toronto voters’ trust in local police officers dropped sharply between the beginning of jury deliberations in the trial of Const. James Forcillo and the days following the guilty verdict, according to a new Forum Research poll.

Which in a city the size of Toronto couldn't be more unfortunate or more dangerous.

I am not anti-police, I happen to know that there are many decent and dedicated officers. But they will do themselves no good if they allow blind loyalty to a bad cop to lead them down the wrong path.

So for their sake, and for the sake of the citizens of Toronto, and in the name of human decency.

That tragic case should not be closed, until all the guilty are properly punished, the lessons are fully learned.

And there is finally justice for Sammy Yatim... 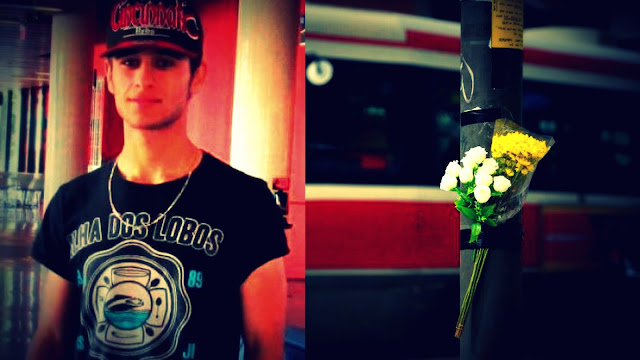 When I was teaching, Simon, whenever a story of teacher misconduct occurred, I used to say that such people were making us all look bad. I don't know of anyone who felt otherwise, and, if memory serves me, our federation was there, not to defend or justify the accused, but only to ensure that due process was followed by his or her employer. Why police or their union would feel that the conviction of Forcillo is an injustice or will shake the confidence of frontline officers is beyond me. They should uniformly be glad that he will pay a price for his crime.

"What World do you live in" has a 90 minute video of the main victims of the Toronto Military Police force and what happens to them when many of the cops arrive. And yes there are good cops and bad cops. The bad cops are the ones trained to take non compliance as a threat and those who think they have a right to enforce with violence rather than protect. Its a long video but it is the only way for these victimized poor and racialized people to stand up. That is also explained in the video. https://www.youtube.com/watch?v=UFL6VGL_yhQ&feature=youtu.be

All of this shows how much the police actions are based on fear. Not a good way to start your day. I guess if someone shot at me once in my past duties as a police officer, I would react the same.
But the police must be able to do better, hire better, train better, react better.

Hiring and training better, is good. I would suggest more psychological screening. Then train. Many officers who shoot are in fact scared. It may not appear they ought to be scared, but they are. They don't know what to do, so they shoot and some one dies and everybody's lives are ruined. There have been cases when the police officer just kept shooting and shooting. Its something in their brains, its almost as if its involuntary.

Many people join the police and have never been in confrontational situations. They haven't been in physical altercations. When they come upon them, they are scared, truly scared and when the person doesn't listen, they don't know what to do, so they shoot. Not a good thing and it needs to stop. the best way to stop it is better testing before hiring.

Why the other office tasered the young many is beyond me, but if a shrink talked to him, I'd suggest they would conclude he was so scared, he just used that taser.

During WW II, the British had a special forces team. they used to start their training and then discovered that the physical training wasn't enough. Those who had been trained couldn't do the job, so they changed how they recruited. they first tested the solders psychologicially and then accepted them regardless of size. They found it saved them a lot of unnecessary training.

Tasers are over-used as well. They should only be used as a second last resort. Cops are even tasering unarmed teens and senior citizens. Several years ago in a city not far from where I live, a cop tasered a senior, parked on the side of the road, because he wouldn't get out of his car! Why he didn't want to get out of his I do not recall. The guy could have had a heart attack or stroke.

Since 2001, Amnesty international has documented at least 670 deaths following the use of a Taser