Stephen Harper, the Old Mansion, and the Right-Wing Nightmare

He has haunted 24 Sussex Drive for almost ten years, until we ended his monstrous reign five days ago.

But Stephen Harper is still living or roosting there, and it seems that Justin Trudeau won't be moving in any time soon.

Because the crumbling old mansion Harper has called his home for so long, is dangerously dilapidated.

In the 2008 auditor general's report, the National Capital Commission said the home hadn't had major renovations in 50 years and needed $10 million of work.

The report found the windows, plumbing, electrical systems, heating and air conditioning at 24 Sussex Drive are all in poor to critical condition. The home also has no fire sprinklers and contains asbestos, which has been linked to disease, including lung cancer.

Or in roughly the same shape as he has left this country. And all because he refused to move out for about a year so that necessary renovations could be made.

As if it was his house, and the Canadian people weren't the real owners. And the state of the place didn't reflect badly on all of us.

But what's even more disturbing is the reason Harper refused to move out. For as Paul Wells explains, it had nothing to do with the dilapidated state of the building.

And everything to do with the paranoid state of Stephen Harper's diseased mind.

When the good folks at the National Capital Commission delivered the briefing books on renovation plans, he would take one look (Step 1: The PM and family decamp to the UK High Commissioner’s residence or Stornaway or some other temporary digs), clouds would darken his countenance, and the plan would die right there. That’s just what they want: us out of here, he’d say. This town still doesn’t think we belong here. I don’t care if the goddamned roof caves in, we’re not moving.

Which not only tells you a lot about the kind of demons that inhabit Harper's head.

It also explains why all through his brutish reign he has appeared to be at war with the country itself.

Even though the building does need to be fixed up, as Rick Mercer discovered when he visited it while Paul Martin was still living there...

But despite the obvious need for repairs, I am struck by the reaction on the internet to today's story from some powerful right-wingers in this country.

Who was Harper's first Chief of Staff, and the one who helped mold the twisted paranoid nature of the Con regime.

And the man who within days of coming to power ordered that the words "women's rights" be erased from tens of thousands of government documents.

Which tells me that the extreme right wing in this country is preparing to wage war on Justin Trudeau.

And that Stephen Harper, in or out of office, remains a clear and present danger... 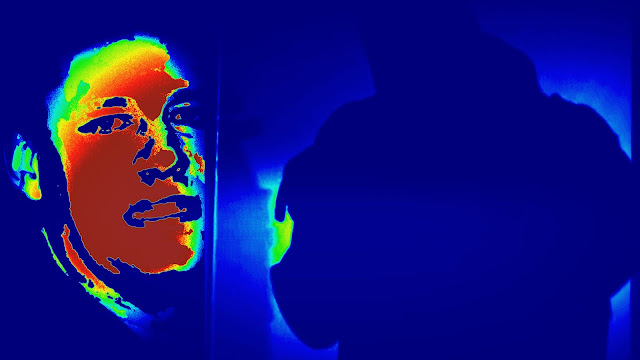 Especially since we cannot be sure, without a full investigation, that some in the police and the military are not still working for him.

For there are dark forces moving around out there, and I do believe they are capable of anything.

And the good news? We did defeat the dictator, so we are a little safer than we were last week.

The house that belongs to all Canadians will finally get the renovations it so badly needs.

And hopefully Stephen Harper will get to live, if not in a well deserved prison cell.

In a house where he truly belongs...

Trudeau could score points by staying where he is and paying his own rent until enough repairs are made to make the place safe. He'd be assuring that a significant historic site is preserved for Canada.

Still, as much as 10 megabucks for repairs, when you could get a luxury mansion in Ottawa for a fraction of that price, including the lot? For that kind of money you could tear it down and build a high-rise... Or put a parking lot instead, since all the real decisions are taken elsewhere anyway.

Harpo could have just moved into the US Embassy, or in the Imperial Oil offices, or China Oil, it would save them time and effort.

It shows what a selfish idiot Harper was to expose his family to the asbestos and all the other problems with the place just to appear "fiscally conservative" to his base. Sad part was, he was hardly ever there so the wife and kids got to live the "dream" while he was flying all over the world on our dime. Remember how he flew all the way back from China last year for the Remembrance Day photo-op only to fly to Australia the very next day? I wonder what that cost us? I'm sure dipshits like Ian Brodie would find an excuse for his beloved Harper though, they always do.
I say fix the Gawdamned house once and for all and ignore the inevitable whining from the loser right wingers who are still mourning the loss of Dear Leader.
JD

Where are the reports for any of this? Rick Mercer?

Here I'll tell ya it needs repairs no doubt but if I was Trudeau I would ensure first that the mansion was not 'bugged' and debugged of surveillance equipment courtesy of his Herr-Harper shit, wouldn't you? Just think Harper's recording equipment even in the bedrooms. After all Harper being the unnatural security freak he is why would he give up an opportunity as an opportunist to spy on Trudeau at home?

Fuck I'm behind this renovation make sure though that anyone with con ties is not allowed to participate.

Good points! I would not put spying past Harper

hi rumleyfips...yes he could, although there might be security issues, and it does seem unfair to make him pay for his home. Still just by staying out of that death trap, and allowing the necessary work to be done, he would be doing his country a favour. For as I pointed out in my post, we all own that house...

hi anon...yes I suppose they could look at the option of buying another house or building a more modern one for the Prime Minister to live in. But there is something to be said for maintaining the traditional residence, even if it does have 34 rooms which does seem a little excessive. We're a still young country but traditions do matter...

hi JD...yes it seems to me to be insanity for someone to refuse a place that is so obviously in need of repair, just because Harper feels his enemies are out to get him or evict him. It does show how selfish he is, and how it's never about Canada just about him. And yes Ian Brodie's comments are simply pathetic, and only betray the bitter disappointment of the Cons who thought they had a dynasty going, and are now finding out it was ephemeral indeed....

Cant move in, the drains are clogged with plastic hair.

hi anon...oh you can be sure I will. The sellout media in this country who did so little to stop the rise of the dictator, are not going to stop me and others from demanding justice. The fact is the Cons have behaved in a disgraceful manner, they have lied like thieves, I'm pretty sure they have cooked the books, and I have no doubt that they are capable of criminal activities. As I've said before, for me it's not revenge, it's a matter of simple justice....

hi Raven....yes that is a good point. Since we can't trust the security services, when that house is finished Trudeau is going to have to have it swept for bugs. The Harperites may have been defeated, but I don't trust them as far as I can spit....

I disagree with anon. Historical preservation is very important, for a sense of place. Especially in a capital city that is short on historic buildings. 34 rooms is not really excessive for the residence of a head of government or state. Some of the residence could be used for other purposes, keeping in mind security rules.