Why Stephen Harper Has Blood On His Hands 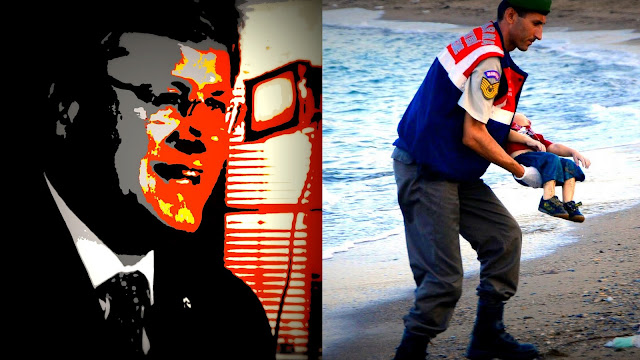 He insisted that he had done all he could to help those desperate Syrian refugees.

He tearfully claimed that he was torn up by the death of poor little Alan Kurdi.

But now it turns out that months before that tragedy he personally intervened to deny help to the most vulnerable refugees.

The Prime Minister’s Office directed Canadian immigration officials to stop processing one of the most vulnerable classes of Syrian refugees this spring and declared that all UN-referred refugees would require approval from the Prime Minister, a decision that halted a critical aspect of Canada’s response to a global crisis.

And that rather than leaving the matter in the hands of immigration officials, the ghastly monsters in the PMO gave themselves the power of life and death.

The Prime Minister’s Office asked Citizenship and Immigration for the files of some Syrian refugees so they could be vetted by the PMO – potentially placing political staff with little training in refugee matters in the middle of an already complex process.

Which couldn't be more outrageous or disgusting.

But does explain why Harper's hideous stooge Chris Alexander did nothing to help the desperate Kurdi family, which resulted in the death of three members of that family including little Alan. 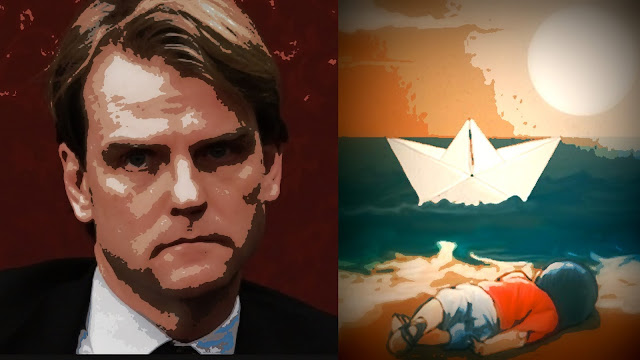 Anyone who breathes a sigh of relief that Canada turned out not to be so directly implicated in the death of little Alan and his brother and his mother: They’re deluded. Anyone who imagines that Canada is off the hook for the shame, the agony and the hopelessness that Mohammad and his family continue to endure, then there is something dangerously wrong with them.

And makes only too clear that Stephen Harper also has the blood of that family on his filthy paws, as well as no doubt the blood of many others.

The Prime Minister’s Office did not directly respond to a request for comment, nor did it confirm Stephen Harper’s involvement. A spokesman for Citizenship and Immigration Minister Chris Alexander, however, said the government was concerned about the integrity of the system and ensuring that security was not compromised in any way.

For what is the real reason Harper jeopardized the lives of so many? Answer cheap politics.

Sources tell CTV News that a temporary halt to the processing of some Syrian refugees was ordered earlier this year to make sure the types favoured by the Prime Minister’s Office were being prioritized. Department of Citizenship and Immigration insiders told CTV’s Ottawa Bureau Chief Robert Fife that PMO staff went through the files to ensure that persecuted religious minorities with established communities already in Canada -- ones that Conservative Leader Stephen Harper could court for votes -- were being accepted

So he could pander to his rabid base, and use the fear card to try to scare Canadians into voting for him.

As this mocking video makes only too clear...

And when did Harper make that fatal decision to stop processing refugees?

Answer: at exactly the same time that the Australian dingo racist Lynton Crosby started working for him. 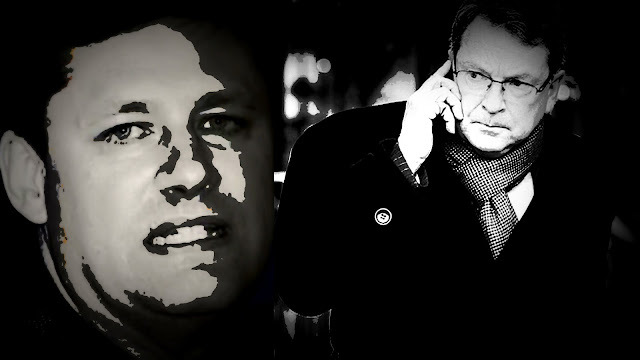 Which couldn't be more horrifying.

But the good news is that Harper and Crosby were successful in moving the spotlight away from Alan Kurdi.

And focusing it instead on fears that we would swamped by a wave of refugees.

But now the ghost of little Alan has come back to haunt him...

And he will help destroy him...

The real reason Harper jeopardized the lives of so many is also rooted in his evangelical christian beliefs. Those lives were mainly muslim lives.

This is disgusting, Stephen Harper should be charged with murder.

The incumbent MP in my riding Fin Donnelly NDP was attacked by the Cons in his riding for weeks for revealing the story of Alan Kurdi and his family's unsuccessful attempt to get through the backlog. He was attacked and called a liar despite his explanation that only one family had actually applied not Alan's family. Fin was declared a liar on CKNW in an interview where no matter what explanation he gave the person giving the interview continued to state that Fin was lying. The entire party went on attack mode utilizing its links in the media to "call out" Fin for politicizing the tragedy and because there were not even able to apply due to Chris Alexander's failure to complete an investigation and because Alan's uncle's application was denied, the Kurdi's decided to risk getting over to Europe and drowned in the process.It is totally appropriate to state the Alan Kurdi's death was on the PMO's hands now. Who could ever vote for such monsters. It is beyond me to even comprehend. How can Canadians stoop so far as to vote for such creeps to run our country seems unbelievable.Listen here at how he was attacked. https://soundcloud.com/cknw/drex-live-fin-donnelly-aug-7?utm_source=soundcloud&utm_campaign=wtshare&utm_medium=Facebook&utm_content=https%3A%2F%2Fsoundcloud.com%2Fcknw%2Fdrex-live-fin-donnelly-aug-7