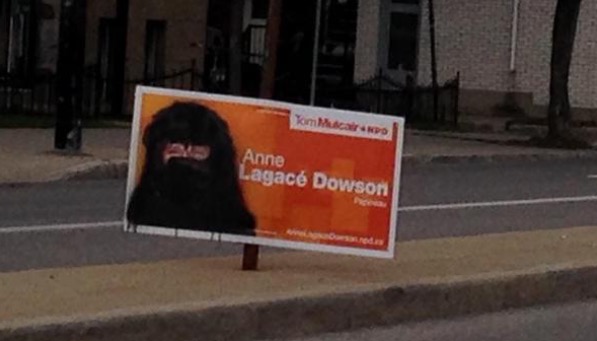 It's been the longest and ugliest election campaign I have ever seen. A monstrous bigot game that has made us look cheap and ugly, and shamed us in the eyes of the world.

And as if that wasn't bad enough, then there is this deeply disturbing question:

How can such a big young country have such small dreams?

For what else can explain that despite the length of the campaign, there was hardly any discussion about climate change, or medicare, or poverty, or the plight of aboriginal communities?

Or the state of our bleeding democracy that Stephen Harper has raped so viciously.

It was all about balanced budgets, the middle class, tax goodies, fear and loathing and niqabs.

You know, we all have to share a measure of responsibility for what this country has become. We have become too small for it. We have stopped dreaming big dreams.

We have been too complacent for too long.

But it doesn't help when we have a leader like Stephen Harper who has never sought to unite us in a common purpose. Only to divide us. 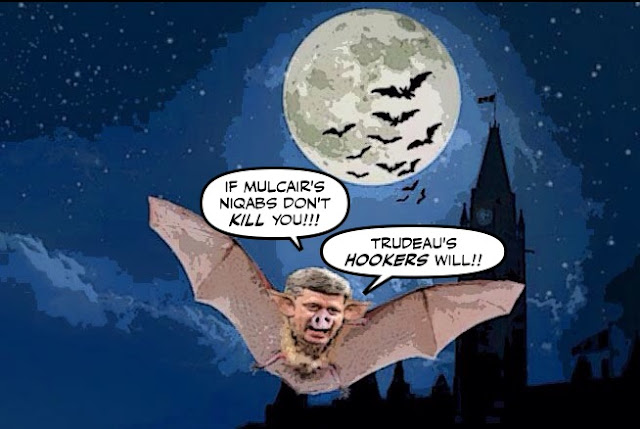 A small man, a winged maniac, a Con hog, who has never sought to build anything, only to destroy. And is now rolling in his own excrement.

But now we are only four days away from the election that will decide the fate of this country. And will hopefully destroy him and his foul regime.

When it's over we can go on a voyage of self discovery, and starting dreaming big dreams again... 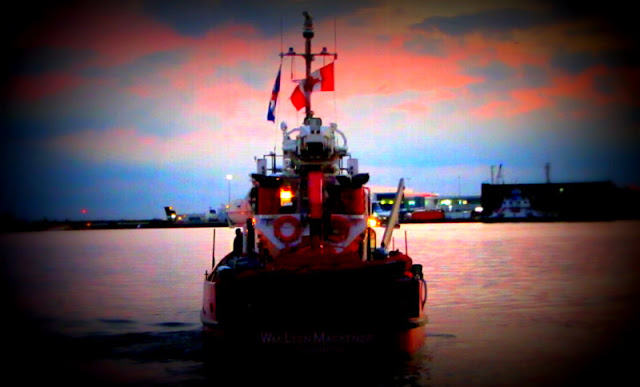 But now we're heading for the beachhead, and the big battle ahead.

And let's take our Canada back...

I believe it is because we just couldn't be bothered and I count myself in this scenario! Not much gets me 'riled up' these days........my PC candidate came to my door yesterday and I shook his hand and we chatted .......he has no idea what I was actually thinking, but I wasn't in the mood to tell him because I have nothing against him personally..........just don't like his 'boss'!
So, I'm guilty, Rick.

I think Rick was being careful not to appear partisan when he "tarred all the parties with the same brush. There is one party talking about big ideas like national child care and pharmacare programs and dealing with first nations, nation to nation.

hi Kathleen...I think it's only normal for anyone who has followed this campaign closely to be exhausted, because not only has it been long it has been ghastly. However for letting the Con candidate get away that easily, you will have points subtracted... ;)

hi rww....yes, I felt that he was too general, and should have placed more of the blame on Harper and his Cons. But I still think that all the parties are to blame for making the campaign look so small, and for failing to make it more of a battle to save Canada rather than such a boutique election. The only one who has seemed remotely inspiring is Justin Trudeau...