Why Is Stephen Harper Secretly Funnelling Millions to a Republican Organization? 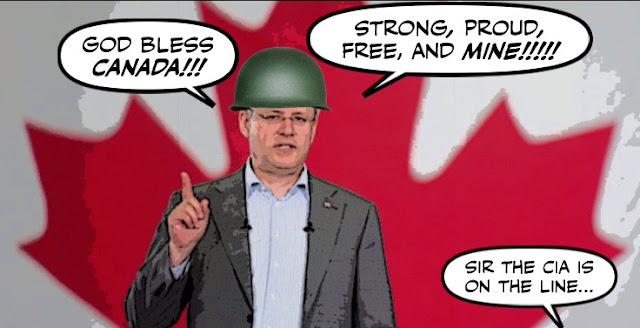 He likes to pose as a patriot. He likes to have his picture taken in front of a giant Canadian flag.

He's always telling us that only he can save this country from the immigrant enemy within, and vulnerable refugees without.

He's always reminding us that nobody loves Canada as much as he does, because he wrote a book on hockey.

So now can he please explain why he's secretly funnelling millions of our tax dollars to a Republican organization? 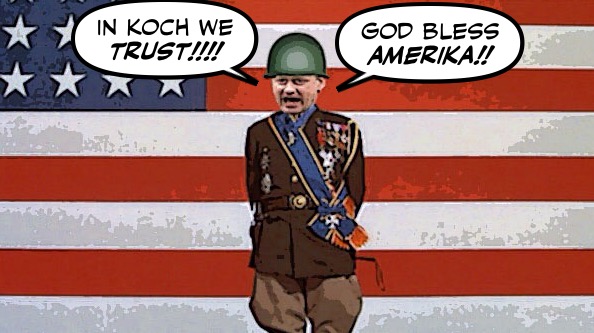 Under the Stephen Harper government, $8M was given to the John McCain-chaired International Republican Institute, a non-governmental organization started by the US Republican party to advocate for right-wing policies abroad.

The money came out of the tax-funded Canadian International Development Agency, whose work is supposed to support literacy, hygiene, access to medicine and water, and other core development goals.

Or explain why the money is allegedly earmarked  to strengthen democracy in Ukraine, when the IRI has been linked to right-wing coups from the days of Ronald Reagan?

IRI's primary funder is USAID, a US soft diplomacy institution that funds overseas development in countries of strategic importance to the USA. IRI has been implicated in supporting coup d'etats in Central America and the Caribbean.

Did a quiet coup help bring HIM to power? 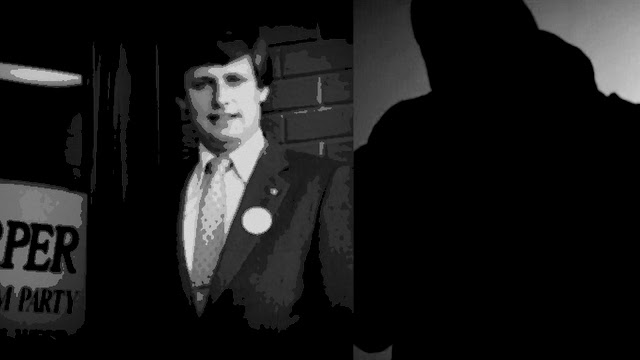 You know, only the CIA can tell us if they blackmailed Harper into working for them. Or whether they'll be working with the robocall gang to try to steal the election.

And goodness knows why he is giving the crazy old warmonger John McCain OUR money to pander to the Ukrainian vote. 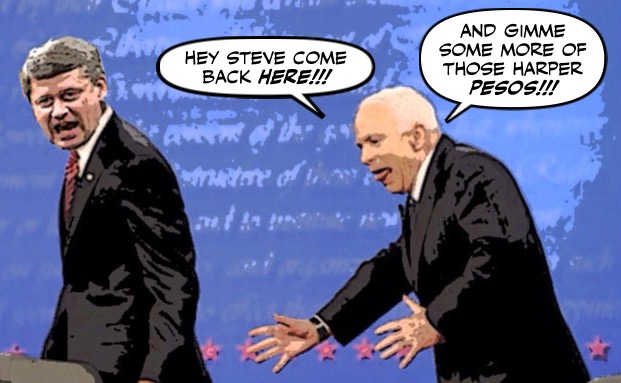 Is it to conceal the fact that the money is really going to these Ukrainian neo-nazis? 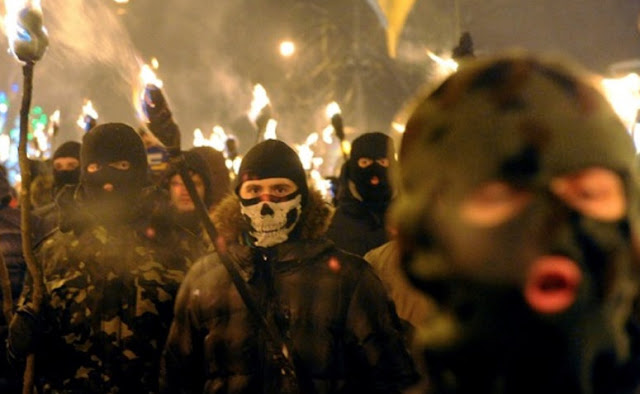 But what I do know for sure is that Harper is not working for us.

I know that he's working to destroy medicare, and turn us into a police state.

And that he's about as Canadian as a three dollar bill... 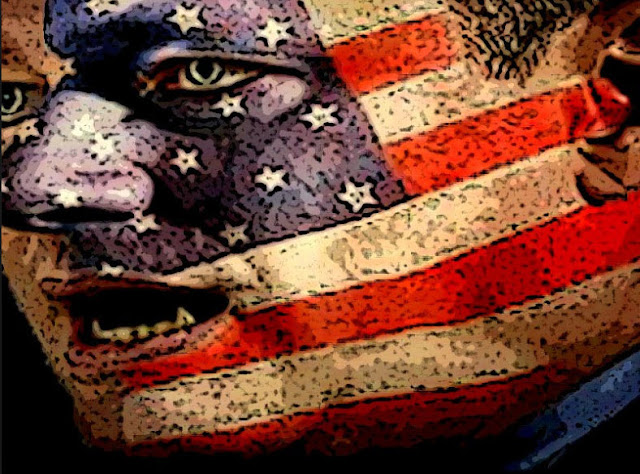 Canada's tragedy is that because so many of its people never understood the real Stephen Harper, he was allowed to get away with murder.

But all they need to understand now is that he is evil and crazy, and a traitor to our country and its values.

And that if he is not defeated, he will murder our Canada...

I am the spokesperson for the International Republican Institute (IRI) and the funding the IRI receives from the Canadian government is publically available at: http://www.acdi-cida.gc.ca/cidaweb/cpo.nsf/SearchResultsEn?readForm&advanced&start=1&id=33EE4E1A29D1457D85257EDA00552919

The funding our sister organization, the National Democratic Institute, receives is also publically listed at: http://www.acdi-cida.gc.ca/cidaweb/cpo.nsf/SearchResultsEn?readForm&advanced&start=1&id=6C96DFB33837A9DD85257EDA00555C4C

IRI’s website shows that, like NDI, the Institute is a nonprofit, nonpartisan organization that helps countries build democratic institution. We do not “advocate for right-wing policies abroad.”

The other claim “Author, poet, academic, and former Canadian diplomat Prof. Peter Dale Scott recently disclosed a wikileaks cable indicating that the International Republican Institute (IRI), an off-shoot of the CIA, and a subsidiary of the National Endowment for Democracy (NED) helped install Stephen Harper as Canada’s Prime Minister.”

Has been debunked. Scott’s false claims are based on a U.S. State Department cable that clearly isn’t about work in Canada. Here is a link to the cable so you can see for yourself: https://wikileaks.org/cable/2005/04/05CARACAS1049.html. I don’t know how Scott could have made such an enormous mistake.

As pointed out by a reader of Huffington Post Canada edition (http://www.huffingtonpost.ca/mark-taliano/canada-war-crimes_b_6127190.html) who was commenting on Scott’s claim:

“An astonishing revelation, and quite credible, if true.

“But where's his evidence? It's not in the 'wikileaks cable' that he refers to, which is about interference in Venezuela. That cable merely indicates that the IRI planned to bring in 'consultants who specialize in party renovation' to discuss the 'case study' of Canada, where those party renovation consultants had successfully carried out the takeover coup of the Progressive Conservative Party on behalf of hard-right tea-party-type dogmatists. The cable, in fact, doesn't even mention the Conservatives expressly. And it does NOT say that the IRI or the NED had anything to do with carrying out the coup. Nor does it prove that they had anything to do with engineering Harper's election in 2006."

Those who vote Con are mostly low information voters. One lady I talked to thought the BC liberal party was a subset of the federal Liberals! Christy Crunch's BC liberals are liberal in name only. They are mostly Cons federally.

"We do not advocate for right wing policies abroad." IRI shows that like NDI, the institute is a non-profit, organization that helps countries build democratic institutions.Helping countries build democratic institutions has been the cover the for the US invading, creating coups and controlling countries in South America, The Middle East, Africa including recently the Ukraine, of which the US sought control by conducting a coup and putting in the leader of their choice. To have gotten such a response Simon, you have hit a nerve.

Well darn, and here I thought it was the libs/NDP who were low information voters. Not to mention the gov't also gave to the Democrat equivalent - is that okay?

They are busy giving each other taxpayer funds. Either the Koch's fund the Fraser Institute in Canada for a tax write off in US and Canada funds the Republican fund directly with Canadian funds in return. They are all working together because they are busy working globally for corporate globalization. The multinationals need trained seals to do their biding. There are institutes for all kinds of right wing causes like Conference Board of Canada or the Howe institute. All are tax deductible for corporate or personal tax write offs.At the same time the CCPA, and the Council of Canadians who oppose neo-liberalism are all being forced into endless audits with many losing their tax exempt status. The corruption is widespread.

"In early 2004, chaos overwhelmed Haiti. In January, a rebellion erupted against President Jean-Bertrand Aristide, the former slum priest who had frequently angered the United States with his leftist rhetoric. Aristide had twice been elected, but he had alienated many Haitians with his increasing demagoguery and use of violence against the opposition. Yet polls showed that Aristide remained relatively popular, so even experienced Haiti watchers were surprised when, in late February, armed militias marched on the nation’s capital while demonstrators shut down the streets. In the violence, some 100 Haitians were killed. At dawn on February 29, with the militias closing in, Aristide left Haiti on a U.S. government plane.

But did the rebellion really spring from nowhere? Maybe not. Several leaders of the demonstrations -- some of whom also had links to the armed rebels -- had been getting organizational help and training from a U.S. government-financed organization. The group, the International Republican Institute (IRI), is supposed to focus on nonpartisan, grassroots democratization efforts overseas. But in Haiti and other countries, such as Venezuela and Cambodia, the institute -- which, though not formally affiliated with the GOP, is run by prominent Republicans and staffed by party insiders -- has increasingly sided with groups seeking the overthrow of elected but flawed leaders who are disliked in Washington.

In 2002 and 2003, IRI used funding from the U.S. Agency for International Development (USAID) to organize numerous political training sessions in the Dominican Republic and Miami for some 600 Haitian leaders. Though IRI’s work is supposed to be nonpartisan -- it is official U.S. policy not to interfere in foreign elections -- a former U.S. diplomat says organizers of the workshops selected only opponents of Aristide and attempted to mold them into a political force."

"...But the administration's actions in Haiti did not always match its words. Interviews and a review of government documents show that a democracy-building group close to the White House, and financed by American taxpayers, undercut the official United States policy and the ambassador assigned to carry it out.

As a result, the United States spoke with two sometimes contradictory voices in a country where its words carry enormous weight. That mixed message, the former American ambassador said, made efforts to foster political peace 'immeasurably more difficult.' Without a political agreement, a weak government was destabilized further, leaving it vulnerable to the rebels.

[The ambassador] Mr. Curran accused the democracy-building group, the International Republican Institute, of trying to undermine the reconciliation process after disputed 2000 Senate elections threw Haiti into a violent political crisis. The group's leader in Haiti, Stanley Lucas, an avowed Aristide opponent from the Haitian elite, counseled the opposition to stand firm, and not work with Mr. Aristide, as a way to cripple his government and drive him from power, said Mr. Curran, whose account is supported in crucial parts by other diplomats and opposition figures. Many of these people spoke publicly about the events for the first time."

Oh, yes, and about the NDI:

"The institute [IRI] is one of several democracy-promotion groups financed by USAID and the National Endowment for Democracy (NED); others include the National Democratic Institute (NDI) and the AFL-CIO’s international wing. Under their bylaws, the groups are supposed to work with actors across the political spectrum in democracies. In Haiti, for example, NDI, which is controlled by Democrats, worked with members of Aristide’s party as well as opposition parties, and was lauded for its grassroots efforts.

IRI, by contrast, has increasingly come under attack for choosing sides. ...

At the time, all the major U.S. democracy-promotion groups were active in Venezuela, including both IRI and NDI. But documents obtained through the Freedom of Information Act show that while NDI worked with parties across the political spectrum, IRI staffers spent much of their time cultivating the opposition. "

How can there be a "Democrat equivalent" of a non-partisan organization, anyway?

hi lungta....I'm sorry to hear that, since I live in a Con free zone, I can't imagine what that must be like, but it must be horrible. We'll have to send an entire division to save you. In the meantime, keep your doors locked at night, keep an an axe handy, and hang garlic over your door... ;)

hi Lisa...thank you for taking the time to try to clarify matters. However while I'm prepared to accept your word that your group had nothing to do with inflicting Harper upon us. I believe he was backed at the time by a group that was founded to kill medicare. The allegations that your group was at one time t least involved in nefarious activities in Central America and the Caribbean are numerous. And it still doesn't explain why our government would funnel money to the Ukraine, through a Republican group rather than a Canadian one. However, if you are affiliated with the CIA, please don't mention my name. I'm sure CSIS is monitoring my activities closely enough.. ;)

hi David...yes I know, I am also stunned by the political ignorance of some Canadians. t's frightening how many people are totally ignorant about politics, when it affects so much of their lives...

hi Pamela...well as you can see by what I told Lisa I'm sceptical as well. And it still doesn't answer the question why the Cons are funnelling money to Ukraine through a group headed by John McCain who never saw a war he didn't like. I hope the MSM can cast some light on this story, when they';re not too busy covering the incredibly important niqab story...

hi Winnie...well first of all I would trust the Democratic equivalent more than I would trust a Republican group. Secondly as far as I can see the Democrats haven't been accused of engineering coups. And thirdly, I still want to know why the Harper government is spending CIDA money in that manner....

hi John...yes you're right, it is one vast conspiracy to brainwash into believing that our existing system works for all of us, even as the rich get richer and the poor get poorer. Governments are becoming the mere instruments of big corporations and the wealthy, and corruption is indeed everywhere...