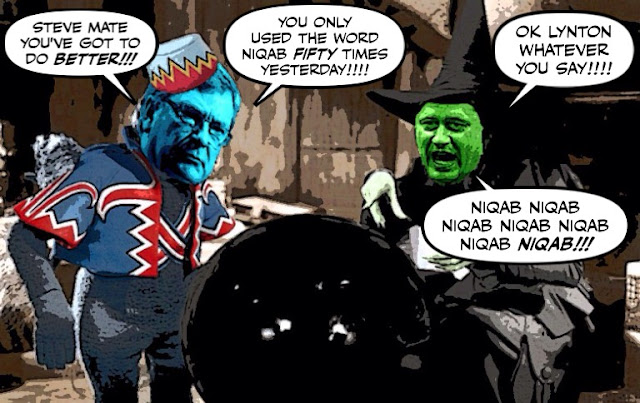 As we know Stephen Harper has tried to make the niqab controversy the centrepiece of his campaign, as instructed by his brutish Aussie flying monkey Lynton Crosby.

And while most sane people might find that disgusting.

As Rick Mercer points out, for some it is a handy distraction.

And of course that's what it is, a monstrous distraction designed to try to make people forget the Con's ghastly record of incompetence and corruption.

And all I can say if Harper's so obsessed with the niqab.

Why doesn't he just wear his, and leave the rest of us alone? 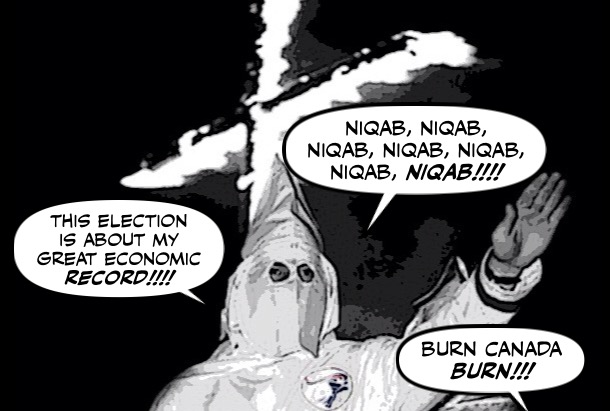 He was a disgusting bigot and and a political pervert.

A filthy scumbag if ever there was one.

And in the name of human decency we can't get rid of him soon enough...

Steve is one of those children who just doesn't ever change and all the lectures in the world aren't going to change him. about all you can do is point out his political faults and get on with life. he has some people convinced he is an alright guy, but then some liked hiltler and all sorts of dictators also. time to write something fun and positive about the good things in the campaign.

Sometimes Simon, Comedy is the best way to make a point. Rick Mercer say it best.