How to Get Even The Trailer Park Boys to Vote 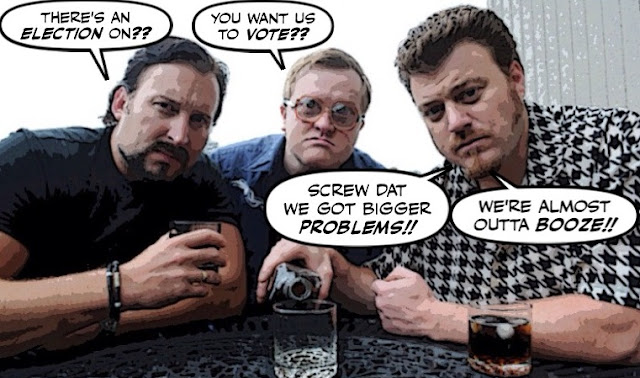 When I travel around my neighbourhood  trying to convince people to vote, I am constantly frustrated by the political ignorance of some Canadians.

And sometimes I can't feel helping it's like asking the Trailer Park Boys to vote.

But luckily I see help is on the way, in the form of Halifax actor John Dunsworth, aka Jim Lahey the superintendent of the trailer park.

So there you go, that shows that you can try to get ANYONE to vote, if you tailor your message, and your language, to those you are addressing.

If you're talking to young Canadians tell them that Stephen Harper is torching their future and condemning them to be slaves.

If you're talking to seniors tell them that Harper wants to steal their pensions and kill medicare.

And if you're talking to the Trailer Park Boys...um...do what you must... 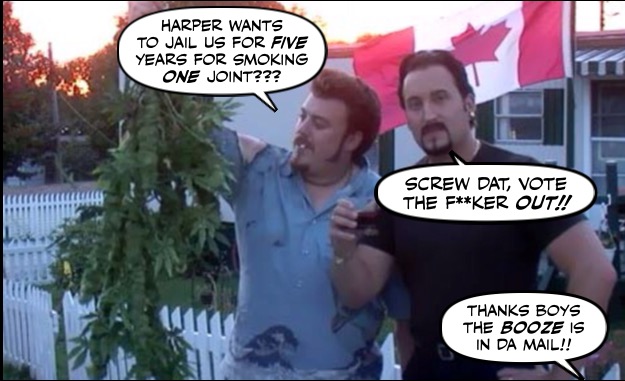 But the most important thing is to talk to all your friends and neighbours. If a shy person like me can do that so can you.

Tell them that in just six days they will finally have the power to defeat that monstrous leader.

Every voter is precious.

And only they can take our country back... 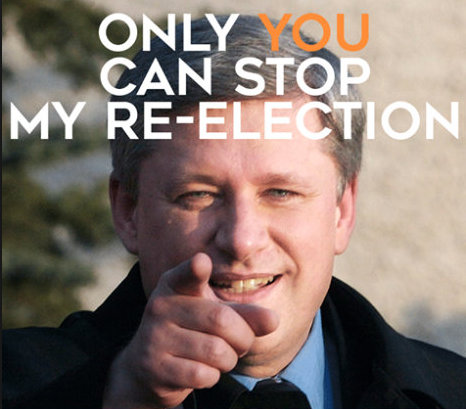 ‘You don’t put people in jail’ for marijuana use: Laureen Harper
http://ipolitics.ca/2015/09/02/you-dont-put-people-in-jail-for-marijuana-use-laureen-harper/

Quess Laureen hasn't talked to Steve for awhile. But of course why would she? She is most likely as fed up with him as we are. She just needs to hang out with him sometimes to keep all her perks. its going to be some awful for her when her husband gets turfed.

That kind of lumpen milieu is depressing even in comedy (our recent equivalent was "Les Bougon") but if this kind of message can break the fatalism and apathy that is so much a part of such milieux it is worthwhile.

Yecch, Captain Morgan. The kind of crappy booze many continue to have nightmares about, even if those stupid youthful drinking binges were ages ago.

Like I said before....."the smart ones jumped ship before the election was called'!

hi David....yes what's going on in the Harper household? Can't they agree about ANYTHING?

hi lagatta...don't be such an elitist. Some of my best friends carry on like that, and if I drank heavily I'd be like them.... ;)

hi Kathleen... there is no such thing as a smart Con. Some just have a better survival instincts than others....