How Our Canadian Values Brought Down Stephen Harper 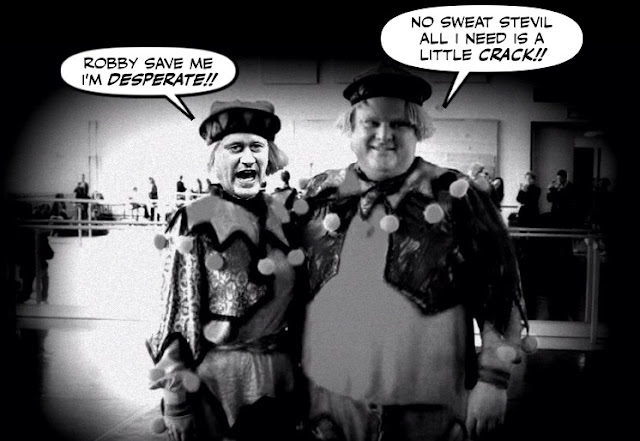 In my last post I told you how happy I was to see a desperate Stephen Harper going down holding Rob Ford's sweaty paw.

Because it couldn't be a grubbier end to their sordid story. They do deserve each other, and no Canadians have ever shamed this country in the eyes of the world as much they have.

But what makes me even happier, makes my long struggle feel worth it, are the forces that finally brought down the the monstrous dictator.

For it wasn't the economy, as important as that may be. Or even the way he has led us to the edge of economic disaster... 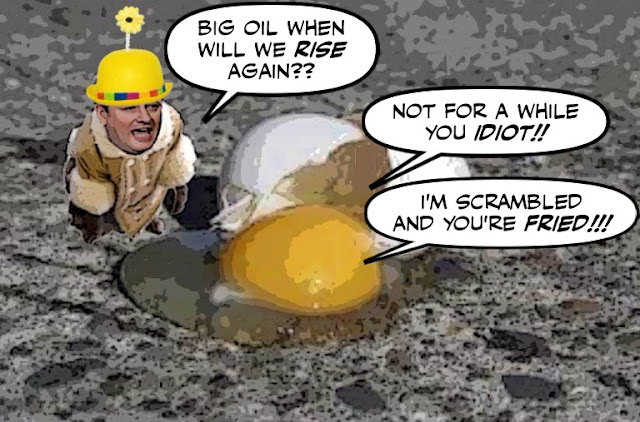 And it certainly wasn't the Great War on Terror... 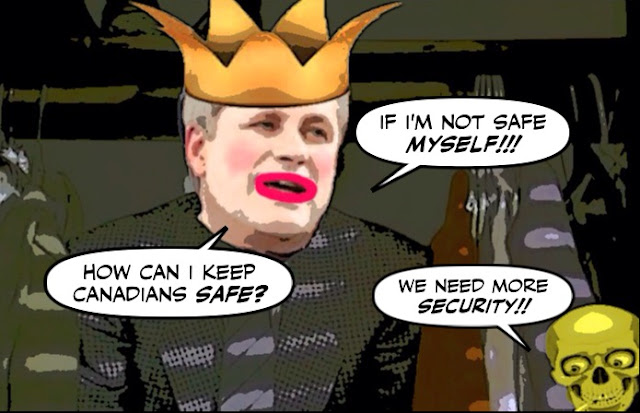 Even though it was a grotesque and cowardly farce.

It was the power of our values.

More voters combined think Monday’s election is about change and values than see it as mainly about the economy, according to a new Abacus Data poll conducted for Maclean’s, and that sense of what was really at stake in the campaign spells trouble for Stephen Harper’s Conservatives.

The ones that led Stephen Harper to make a fatal error, and give Justin Trudeau the boost he needed to defeat him.

“What’s actually happened is the Conservatives thought they had a wedge issue they could win on that has probably backfired and caused their defeat,” Coletto said. “It weakened the New Democrats in Quebec, made it clear to voters outside Quebec that the NDP can’t win, and that accelerated a consolidation of change voters around the Liberals.”

The precious Canadian values that try as he might, he could not destroy, or mutilate beyond recognition. 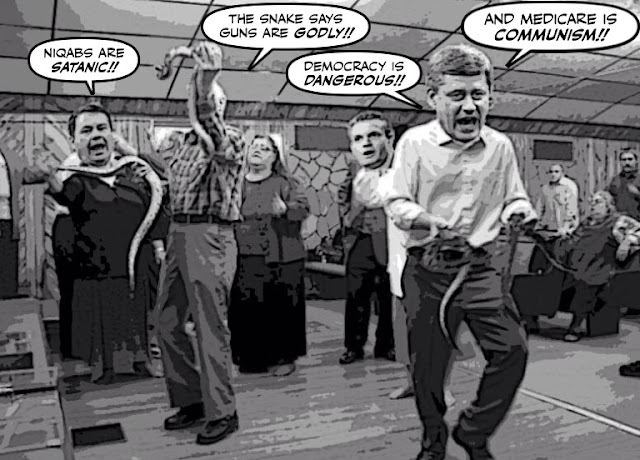 As hard as Harper tried, this country hasn’t really come around to his way of thinking — something the ‘experts’ had been telling us for years was bound to happen. The core Conservative base remains somewhere around one-third of the population, having hit a high-water mark of 39.6 per cent for the Tories in the 2011 election. More than 60 per cent of Canadians have always rejected Harper’s vision for the country.

“The values and attitudes of ordinary Canadians have not shifted notably,” said pollster Michael Adams, who has done extensive work on social and political views in Canada and the U.S. On foreign policy, Canadians still value the Pearsonian concept of peacekeeping as much as they honour the military legacy of Vimy Ridge. At home, Canadians don’t want to see their federal government dismantled and they still favour carbon taxes to fight climate change.

The values that are now bringing him down, along with the power of change that in the end he could not resist.

No matter how hard he tried... 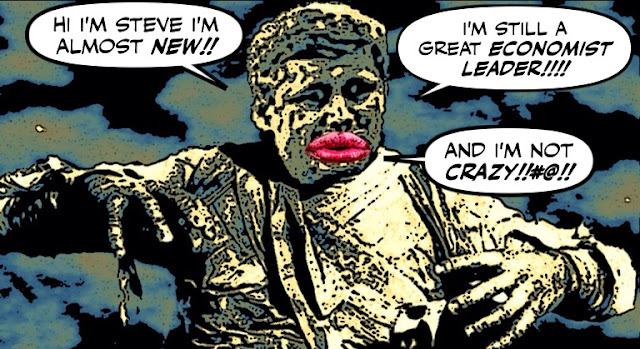 And as I said before, it couldn't be a more fitting ending, with the depraved dictator and his filthy Con regime stumbling off the stage rotting from the head down.

There is still a lot of work to be done to get out the vote. And we need to be vigilant because he is grubby, he is desperate... 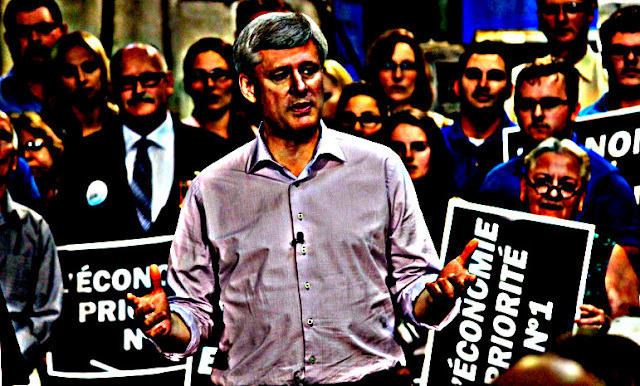 And he will try to steal the election.

But as we head for our date with destiny, now just a day away, this we do know.

He could not resist the forces of change.

He could not kill our values.

And tomorrow we will smash his Cons.

And take this country back...

How long has been the struggle.

How sweet will be our victory...

The election might be decided in BC.
Here is a strategic ballot guide for BC voters:

Good to see the video of Chilliwack. They played it in Vancouver outdoors on Labour Day in an event sponsored by the BC labour movement. We can bring this shit Harper down tomorrow but only if we encourage everyone we see to make it to the polls vote strategically and continue to show all of Harper's nasty moves. Harper still has the support of Postmedia and all the corrupt dictators who own all of the media conglomerates. Hopefully October 20 will be the start of a better era in Canadian Politics.If not we will be meeting like this on line to push for our values. What we have learned in this campaign we will not easily forget. Thanks for the blogs!.I don't know how you were able to do all those blogs and eat sleep and work!

Hopefully, we will have Canada back and sent Conada away with this guy who really should not have been let into the higest office in the land.

Even his own legal counsel is now saying that he and his government has lost the moral authority to govern: http://www.nationalnewswatch.com/2015/10/18/stephen-harper-has-lost-the-moral-authority-to-govern-says-former-pmo-lawyer/#.ViPl1H5JaUk

Thank you, Simon, for keeping our spirits high in the dark days of past and hopefully tomorrow will bring us a brighter future.

Stevie the Great e-CON-omist must have thought: Desperate times call for desperate measures 8-)

hi anon...thank you for the link. And go British Columbia, finish off the Cons !!!!!

hi John...I'm glad you liked it the Chilliwack song, I would definitely go and see them in concert. They made one of my favourite songs of all time Fly at Night which I used to cover a video I made of my heroes in the flying ambulance service. And yes I'm encouraging everyone who can to vote strategically. I think that it has a real chance of working this time. And that we can finally start rebuilding our country. As for the blog posts you're welcome. I enjoyed being able to help take back our country. And who says you need sleep? ;)

hi anon....yes let's hope the day of freedom is here at last. I don't know how we got into this nightmare but I can't wait for it to end, so we can become a normal and decent country again. And as for my blog, as I told John you're welcome. If I was able to cheer up progressives, and help them through this dark time I couldn't be happier. And I did always say that our day would finally arrive. Happy Freedom Day !!!!