The Wallin Affair: Stephen Harper Is Already Changing His Story 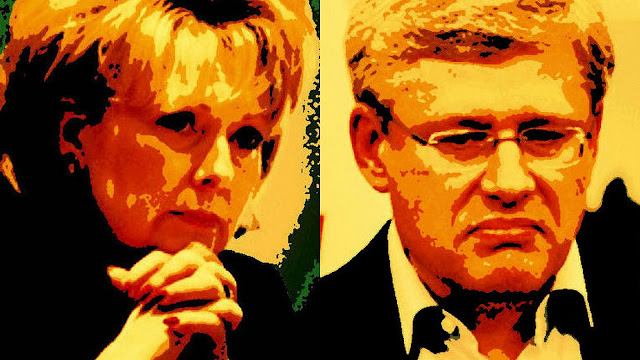 We still have to wait and see whether the Crown will lay charges against Pamela Wallin now that the RCMP has wrapped up its investigation.

But already Stephen Harper is being asked questions about that other Senate scandal.

And already, and as usual, he is changing his story.

While campaigning at a factory in Burlington, Ont., Harper wasn't asked specifically about the CTV News report about Wallin's case. Instead, he was questioned about whether Wallin's initial repayment of $38,000 of her questionable claims was part of a scheme to derail an audit into her expenses.

Harper replied, "As I said at the time, I said that all of the individual expenses of all senators would be looked at, and those who were not following the rules would be held accountable. That is exactly what has happened in that and in the case of every single senator."

But unfortunately for him that's NOT what he said at the time, on Feb.13 2013, in response to this question from Tom Mulcair:

Mr. Speaker, in the Senate, the more things change, the more they stay the same. Senator Pamela Wallin claimed more than $300,000 in travel expenses in the past three years alone. Less than 10% of these expenses were for travel in Saskatchewan, the province she is supposed to represent. Senator Wallin is using taxpayers' money to travel around the country and to star in the Conservative Party's fundraising activities. Does the Prime Minister believe it is acceptable for taxpayers' money to be used to raise money for his political party?

When he claimed that he had PERSONALLY reviewed her expenses and found them perfectly acceptable: 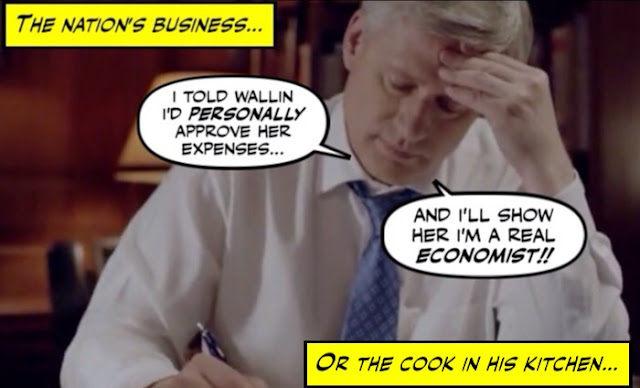 Mr. Speaker, I reject that characterization. In terms of Senator Wallin, I have looked at the numbers. Her travel costs are comparable to any parliamentarian travelling from that particular area of the country over that period of time. For instance, last year Senator Wallin spent almost half of her time in the province she represents in the Senate. The costs are to travel to and from that province, as any similar parliamentarian would do.

When in fact the Duffy trial has shown us that his PMO went to extraordinary lengths to cover-up a scandal.

And in the matter of Wallin, the RCMP had a very different view of the expenses she claimed. 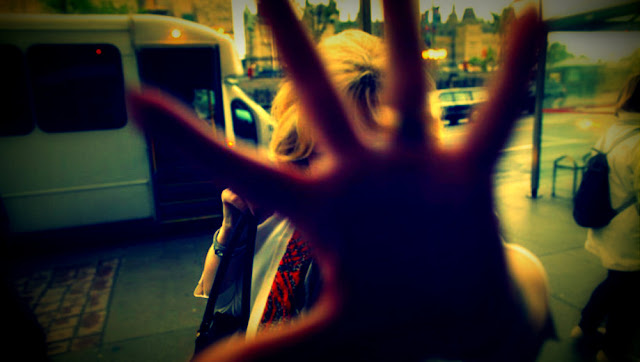 New court documents filed by the RCMP allege suspended senator Pamela Wallin fraudulently billed the Senate for more than $25,000 in expenses she incurred on trips to Toronto and Guelph “to pursue her personal and business interests.”

“I believe that by submitting these 21 travel expense claims to the Senate Finance and Procurement Directorate for reimbursement under the representation that the activities she undertook were ‘Senate Business,’ Senator Wallin committed a fraud and a breach of trust by a public officer,” Cpl. Rudy Exantus wrote.

And all I can say is what I said in my last post. If Wallin is charged Stephen Harper will have to wear that scandal. And it will do him enormous damage.

Especially with the trial of his former close adviser Bruce Carson due to begin in seven days... 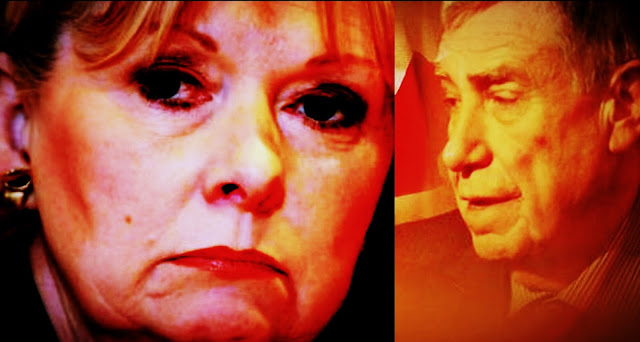 For as Evan Solomon points out, there are only so many battles Harper can fight:

Without derailing his campaign.

But sooner or later Canadians will notice the stench, or the length of his nose... 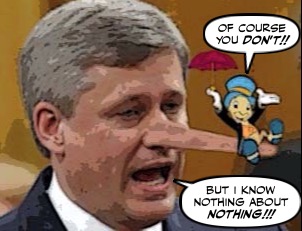 His lies will come back to haunt him.

And they will help destroy him...

Glad to see Evan Solomon back in action. He's a great interviewer.

"What recession? Let's be clear what the data says today. The fact of the matter is we've had a couple weak months, er... only two consecutive quarters of negative growth. So that is the reality of the situation. It is good news. That means my plan is working."

*
"In terms of Senator Wallin, I have looked at the numbers. Her travel costs are comparable to any parliamentarian travelling from that particular area of the country over that period of time. For instance, last year Senator Wallin spent almost half of her time in the province she represents in the Senate. The costs are to travel to and from that province, as any similar parliamentarian would do. It is irrelevant that Senator Wallin has already repaid $38,000 in invalid expenses."

“’Recession’ means a period of at least two consecutive quarters of negative growth in real gross domestic product for Canada, as reported by Statistics Canada under the Statistics Act,” the Conservatives’ June budget reads.

It occurs to me that if harper steals a win, the people who did this to him will be made to pay big time. So, like us, they're going to do whatever it takes to make sure that harper loses.

Ah, Bruce Carson. That invites a trip down Harper Memory Lane. When the Carson scandal broke, Harper went into his typical "change the story to meet the circumstances" mode. At first he claimed he'd known nothing about Carson's two extended stays in the Greybar Hotel. It was all the fault of the Privy Council for not properly vetting the guy. It was the RCMP's fault. It was the PMO's fault. Curiously enough no head rolled anywhere for this perfidy. Imagine letting a veteran con artist into the prime minister's inner sanctum.

Why did no heads roll? Because there were veteran Ottawa Tory insiders who had dealt with Carson for years who warned the PMO that the guy was bad news and came with a criminal record for fraud.

Somebody had to derail the otherwise mandatory Privy Council/RCMP vetting process. Who might that have been? Recall that the RCMP back then was under the command of its first civilian commissioner, lifelong Tory insider Bill "Bubbles" Elliott. Just sayin'

No one has ever explained how Carson escaped vetting but it was obviously on orders from Harper. Later, as the scandal grew, Harper successfully staunched it by backpeddling. This time he said he had known - just a teensy bit - of Carson's troubled past but decided that the guy, just like everyone, deserved a second chance. Mind you, had he known of this fellow's all expenses paid holidays at Her Majesty's resort inn, if only, he'd have fired him on the spot. No wait, that was Nigel Wright.

hi David...yes it is good to see Evan on his feet again. I haven't had any contact with him recently, but as I have said I do know him, he is a really nice guy, and I feel very sorry about what happened to him...

hi David...yes, it really is pathetic to see how Harper is trying to dodge reality. But then in his closed world of total control, he really does think that if he doesn't talk about it, it will go away or cease to exist. The man is a manic and needs to be removed from power immediately...

hi thwap....I think that there are a lot of Canadians who don't feel safe with that maniac in power. I thin that right now they may be dithering or just enjoying what's left of our precious summer. But when the day of decision comes they will unite behind the candidate in the best position to defeat Harper and the result could be a landslide....

hi mound...you're right it is a fascinating tale, even without the former escort. ;) I've always thought that Carson is more of your old fashioned scoundrel compared to the dead-eyed thugs who run the PMO these days. But he was a scoundrel, Harper must have known about it, and it is yet another great example of Harper's missing moral compass. I'm hoping that guilt by association will pluck a few more feathers off Great Leader...