How To Stop Stephen Harper From Stealing the Election 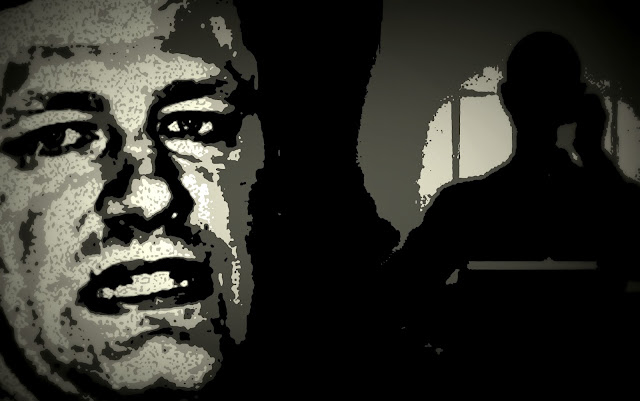 There are now only twenty-seven days to go before the election that will determine the fate of this country. Less than four weeks before we find out whether it will live or it will die.

But even as the decent people of Canada prepare for the battle they hope will bring down the brutish Stephen Harper and his sinister Con regime, a new danger looms.

For even as we struggle to get people to cast their ballots, you can be sure that the Cons are planning to suppress them or steal them.

Are you sure you can vote? Are you sure that on election day you won’t be told that your ID, including your voter identification card from Elections Canada plus testimonials from sound citizens as to who you are that used to suffice, isn’t enough under the Harper government’s Fair Elections Act? It is the centrepiece of the Harper government’s assault on democratic process and arguably its most devious piece of work.

Indeed, of all the reasons to give Harper the bum’s rush as he gnaws at the vital organs of the Canadian state, this democracy-warping law is surely at the top.

Harper and his grotesque minion Pierre Poilievre have rigged the game with their obscenely named Fair Elections Act... 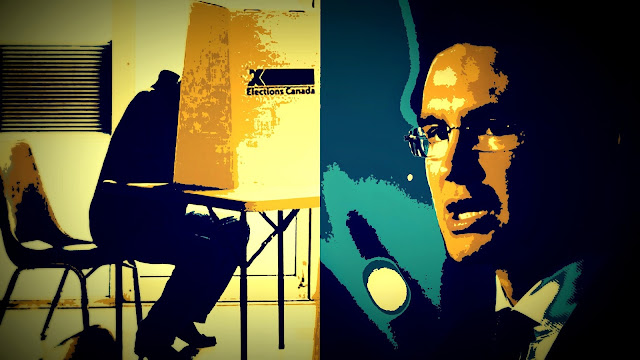 The key intent of the law is to strip Elections Canada of its powers. Its authority to investigate electoral fraud has been removed and given to the Office of Public Prosecutions, which doesn’t report to Parliament.

Something like the Tory robocalls scandal (in which opposition voters in some ridings were misdirected to the wrong polls) could now pass unnoticed, and Elections Canada is even prohibited from communicating about robocalls to citizens.

They are making it easier to steal this election, like they tried to steal the last one... 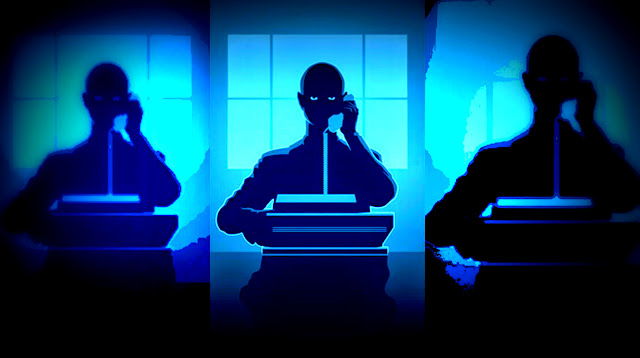 And of course it couldn't be more disgusting:

The government’s stated reason for all this was to prevent “electoral fraud.” If we were an enlightened nation, we would be laughing these guys out of office for this instead of entertaining their possible re-election. The Harper party is above all the party of electoral fraud, believing itself above the niggling business of election laws. There have been Tory scandals in every one of their elections, and several Tories off to jail, including, recently, Harper point man Dean del Mastro, led off in chains.

So I am glad to see that Elections Canada has been training its staff to try to spot voter suppression.

Elections Canada has quietly warned staff to be on the lookout for increasingly sophisticated tactics aimed at discouraging — or even stopping — voters from casting a ballot.

“It’s important for us to identify potential risks in order to be prepared to detect and respond to incidents that may occur, including incidents that could compromise the integrity of the election,” said Elections Canada spokesman John Enright.

And incidentally reminding us where Stephen Harper got his ideas... 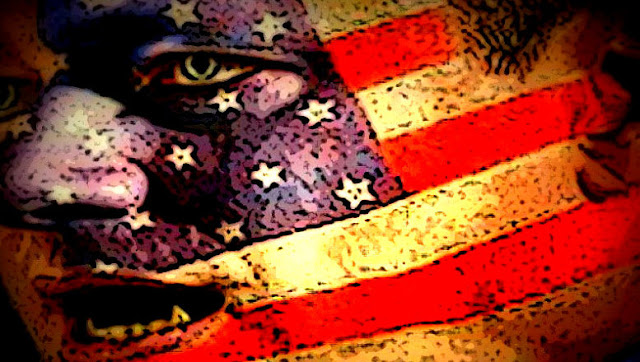 The research revealed that rough-and-tumble American political campaigns are the seedbeds of such behaviour — identifying 17 cases in 15 states from 2004 through 2012.

So that we might recognize a traitor or a beast when we see one.

But because he is a beast we cannot only rely only on Elections Canada to safeguard our democracy. We all need to get involved.

The progressive parties should get together and set up an action centre, with it's own toll-free number, its own website, and its own Twitter site with a hashtag like #election alert.

So Canadians all over the country can instantly report violations, and we can send one of our flying squads, Elections Canada officials, and hopefully the police to the scene.

But even that won't be enough. The progressive parties should also put out hard hitting ads, reminding Canadians that the Cons tried to steal the last election.

And that they could do it again...

Canadians need to be reminded of what happened so they can be forewarned, and be even more motivated to remove that criminal conspiracy from power.

We have waited too long for this election, for the chance to defeat the monster.

Too many hopes are riding on it.

So we must not let him steal it... 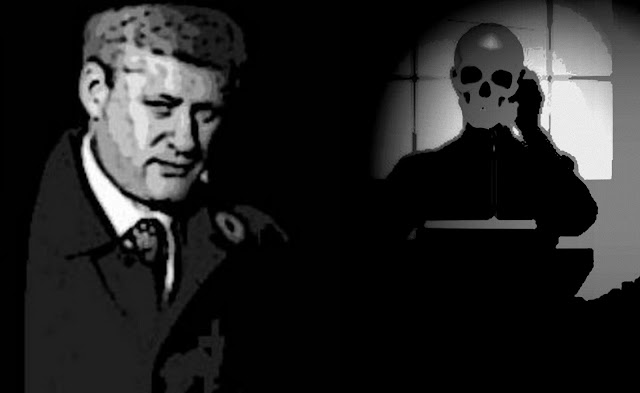 Good post. But I have no faith in Elections Canada anymore. Everything they do is purely for show; except when it's providing cover for their master harper.

Absolutely unbelievable how this scandal plagued government keeps trudging along as if everything is normal. Its as if they have been assured that the collective memory of the Canadian public doesn't extend beyond the last ad they saw immediately prior to election day and MSM is not about to remind them of any of it. In addition to trying to steal the election a new Con scandal relates to their close relationship with the accounting firm KPMG while it is under investigation for setting up potentially fraudulent offshore tax shelters for the super rich. Then there is the old scandal related to the F35 purchase program which appears totally forgotten about. Also the number of Federal contracts awarded to kick back plagued SNC hasn't even been mentioned although parts of the company has been reportedly debarred by the wold bank. No questions, no independent reviews, they just keep moving on until they can steal the election due to voter disgust with all politicians, apathy and confusion.
RT

I have more faith in election Canada then all 3 of the political parties to become Canada's PM.I support the green Party.

Good post Simon but I still like the idea of bringing in the UN to oversee the election, much like they would in any despot ruled country. The world would see what a pathetic bunch we have in power and best of all, Prime Minister Douche Bag would be in a "white hot rage" having the UN looking over his shoulder.
JD

hi thwap... I agree with you, if only because Elections Canada has had its powers neutered by the Cons. But that's why I am suggesting that we come up with a way to help police the election. I've seen this done successfully during the recent British election where the SNP used social media to maximum advantage to help sweep the Cons and the Labour Party out of that country. Same thing during the SSM referendum in Ireland. We are being reduced to passive onlookers, and this election is too important for this situation to continue...

One of the reasons I voted yesterday is my voter card hadn't arrived yet in the mail. So I phoned Elections Canada and they gave me the address of their local office. When I arrived there I told them I may be out of town on Election Day (which is true) and so filled out a special ballot. This election all the special ballots will be unsealed and counted on Election Day. Not days later. Now I feel better. The voters cards will be mailed out on Sept. 23 and received about a week later.

When I phoned the 1-800 Elections Canada number I told the rep I was sad to learn that with the unfair elections act in place, that they cannot advertise on radio, print, TV to encourage Canadians to make they are on the voter's list. The rep told me they are allowed to advertise. Was that one of the subsections stricken from the act because of pressure on the Cons to drop it?

Has anyone heard whether, elections Can. will be using electronic vote counting machines-- or, as always - count the ballots by hand.. -- this is very important, as we all know what kind of skewed result you can get -- the Yankees proved this -- try goggling ," the problem with electronic voting machines "and you will see what a farce our election could turn out to be..

hi anon....yes they're still stumbling along like zombies, supported by the blind loyalty of their loyal base, and a few other dumb Canadians. I'll never understand why so many Canadians still support them, I can only attribute it to the number of scandals they have been involved numbing the population into a stupor, as in REALLY stupid.
But as I have said before, I believe the sun is rising on those zombies, and with a bit of luck they'll soon be back in their crypts and won't emerge again for a generation...

hi Irene....Well I know the Green Party is supported by many good Canadians, but I will not support it in this election because I fear they might split the vote further. However once we have a system of proportional representation, I will give them serious consideration....

hi JD....I would definitely welcome bringing in the U.N. to oversee the election. Because we can use all the help we can get to keep those Con artists from trying to steal the election. And yes if they also made Harper foam at the mouth, that would be a bonus... ;)

hi David...you've already voted? Good for you. I have checked to make sure that I am registered to vote, and I am. But I won't be able to relax until I get my voter card, because if Canada Post is anything like Revenue Canada one really can't trust them to deliver....

hi Hugh....yes it is unbelievable, but that's how far we have fallen. The world has noticed the Harper regime, and it's not impressed. Those Con artists have turned us into a banana republic, and it is yet another reason to get rid of them...

Simon, all citizens who can should vote at the advanced polls. Although less than ideal, should anything unusual arise there could be time to rectify the problem before October 19th. For example if you did not bring any ID with your address on it, you would have time to get some before election day

Canadians are just stupid and uneducated. Plain and simple answer.

The very first act of a new government should be to suspend the "fair elections act" and, when parliament meets, withdraw it totally.

Have you ever voted in an advanced poll? Could you imagine the line-up with one polling clerk for all the polls on a town?