Stephen Harper's Not So Proud Record The Video 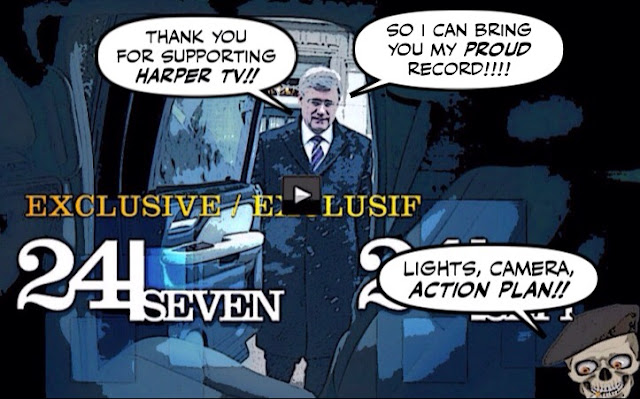 For years Stephen Harper has used millions of dollars of OUR money to make himself look good on his ghastly YouTube propaganda channel 24/7.

And now his Con Death Machine is flooding the airwaves with more propaganda promoting what he calls his great team and his proud record.

Even though it couldn't be more hideous.

So I'm glad to see that the great team at Press Progress has put together this new and improved version of a 24/7 video .

To remind Canadians that his record couldn't be less proud.

Or his team more ghastly.

It's hard to believe that some Canadians still do need to be reminded that it is the worst and most sleazy government this country has ever known.

But with one out of three still supporting him, many clearly do.

So we can't miss any opportunity to remind them of the Con regime's monstrous record of corruption.

And why in the name of human decency, and sanitation, we can't defeat it and its depraved leader soon enough... 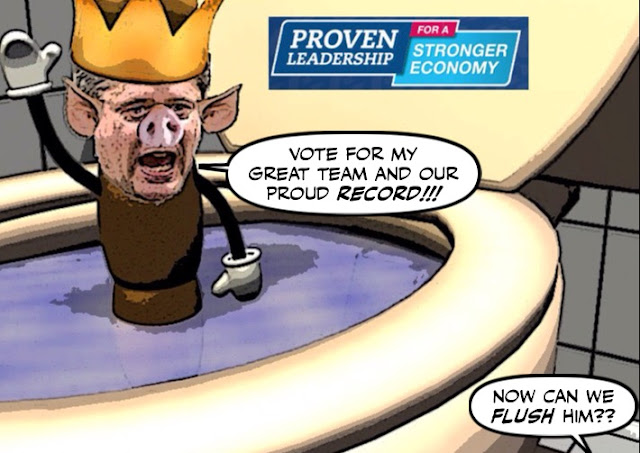 Although the Conservatives have never disclosed how much their 24/Seven project costs to produce, the Prime Minister's Office has said that between three and four staff members from the Privy Council Office are assigned to the project, meaning their salaries are paid for in full by the Canadian taxpayer.

Mark Bourrie writes in “Kill The Messengers: Stephen Harper's Assault on Your Right to Know” (2015): “Pundits said the television show, aired on the prime minister’s website and on YouTube, was meant to soften his image. It might have been edited to make Harper look more human, but the program itself was part of the plan by Harper to replace the mainstream media with words and images that are under the complete control of the prime minister and his staff.”

given the number of Cons who have been charged, found guilty, sentenced to jail, under investigation of course Steve ought to be proud of his record, if he were the president of a Hell's angels chapter. Oh, he[s the P.M. of Canada, not record to be proud of.