The Ghastly Leona Aglukkaq and the Hungry North 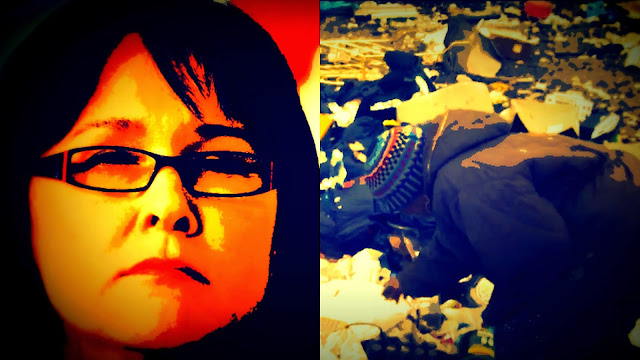 We all know that Leona Aglukkaq is a shameless climate change denier and the worst Environment Minister in Canadian history.

We know that she is one of the most aggressive hecklers in the House of Commons, or one of its worst bullies.

Well now she's at it again. Denying that some people in a northern community are so hungry they scavenge food from the local garbage dump.

And bullying people as only a Con could.

Environment Minister Leona Aglukkaq tried to force an apology from a Nunavut hamlet over statements made by its deputy mayor who said high grocery prices in the community forces dozens of residents to scavenge the local dump for food.

As well as doing what she usually does in the House of Commons... 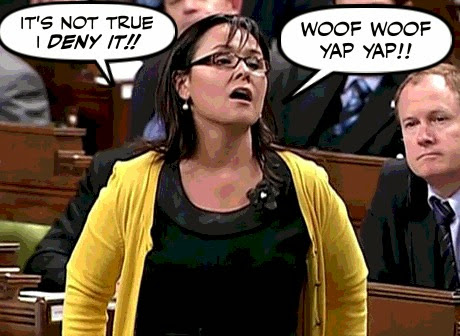 On Wednesday, NDP Opposition Leader Tom Mulcair led Question Period on the subject of Nutrition North and referred to the APTN story. He asked Prime Minister Stephen Harper whether he felt “shame” people in the North were getting food at the dump.

Harper sidestepped the question, but Aglukkaq, who sits on the front government bench, began heckling, according to five opposition MPs interviewed by APTN.

“The minister clearly said, over and over again, when anyone mentioned the question of people eating out of garbage dumps, that it wasn’t true,” said NDP MP Carol Hughes.

Yapping like a chained husky, or a rabid Con chihuahua. Then denying even that:

And to make matters even worse, she is now threatening to take her bully act one step further.

Environment Minister Leona Aglukkaq says she is considering all legal options after the deputy mayor of Rankin Inlet, Nunavut, said she demanded an apology from him for making disparaging remarks about the federal Nutrition North program.

Even though the Auditor General made it abundantly clear what he thought of the Con Nutrition North program:

And some ugly realities cannot be denied... 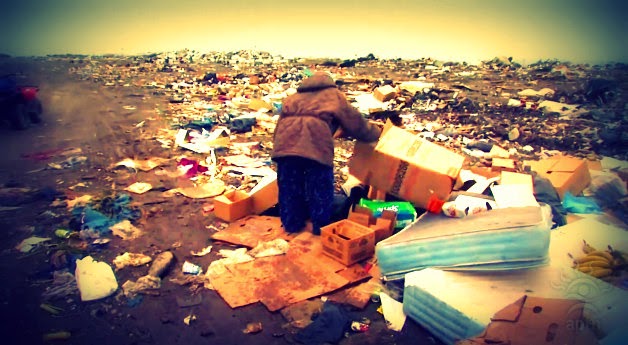 Not when an estimated thirty per cent of the Inuit are on the verge of starvation. For that reality shames us ALL.

But then the Cons are shameless, and Stephen Harper won't fire Aglukkaq for the  reason he chose her to be his Environment Minister: because she's so incompetent.

So all we can do is to keep demanding that more be done to help our hungry people in the North.

Use all of this against the Cons in the next election campaign.

Drive them from power by whatever legal means necessary.

And dump them ALL where they belong.... 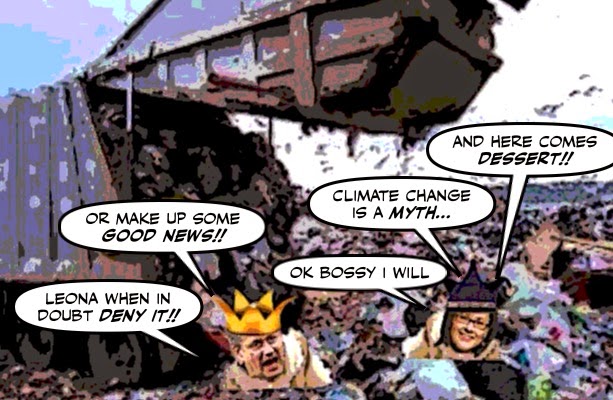 We in the north all knew it wouldn't work from the very beginning. They replaced a program that worked with one that doesn't. How typical is that.

hi Anne...I wasn't aware of that, but nothing the Cons do surprises me anymore. It's a hideous mix of malice and incompetence, that just leaves me shaking my head and wondering how this could happen.
But it is a very serious problem and I watched the original APTN documentary called Wasting Away
which you can watch here if you want.

And it made me both sad and angry. Honestly, if we can't feed our own people, and so many are hungry, what kind of country are we becoming? When everybody has enough to eat, then we can discuss all our other problems. I realize the North is challenging, but as a northern people surely we can do better...

Wasn't the original program something done through Canada Post? If it was it's not surprising the Harperites targeted it.

the cons don't care about people in the North being hungry. as long as they eat and get what they want, they don't care if people starved to death. they only want to ensure no one find out. Perhaps the next time Putin has a chat with harper he can ask him about it.

Ms. Libby Davies (Vancouver East, NDP):
Mr. Speaker, he said nothing about the 50 years.
The Minister of the Environment, the member for Nunavut, said in the House that stories about her constituents eating out of a garbage dump were “untrue”. However, it did happen as anyone who watches APTN can see.
Could the minister confirm that her office contacted Rankin Inlet and demanded an apology for making public the fact that people in her riding were eating out of a landfill?

Too many "It's mine" people support arper because he is only interested in buying votes to stay in power. he ( I know, it should be a capital letter, , but for him??? he who has dragged Canada down to the level of the usa because his goal is to be part of it??, i don't think so)
As for leona she is just another arper marionette and is a bigger bs'er than arper is.