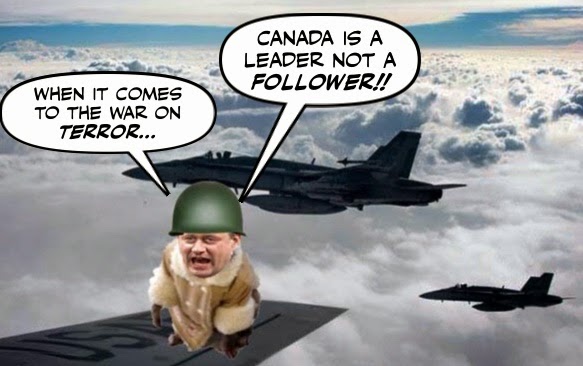 He has always been a strange bird.

When it comes to the Great War on Terror, or any war from 1812 onwards, he's a raging chicken hawk.

He can't get enough of it, or squawk loud enough

But when it comes to the Great War on Climate Change, he has always been a clucking chicken... 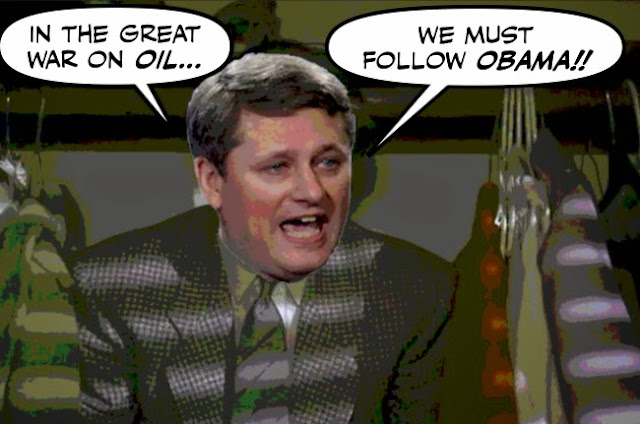 But at least now Stephen Harper can't hide any longer.

Canada’s hiding in the U.S. shadow on climate policy has proved a good strategy to justify inaction. No longer will this be the case. With a bilateral China-U.S. agreement on controlling long-term GHG, pressure will mount for Canada to not only announce new long-term GHG targets, but to prove it is taking action.

Now he has to do SOMETHING. 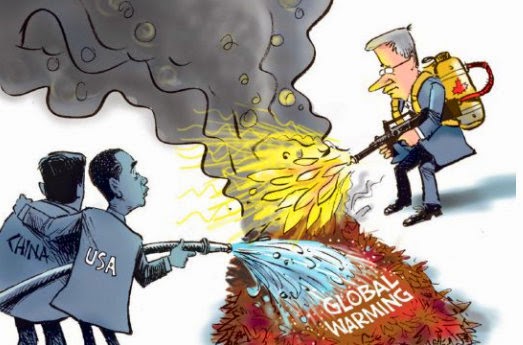 Or the deranged leader of his insane Harperland... 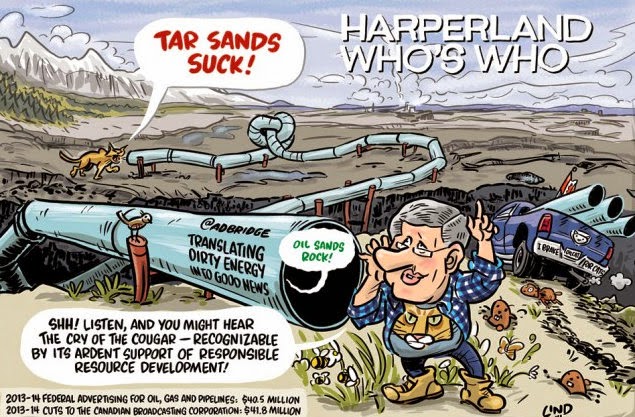 The sinister petro state and pariah nation, with the worst climate change record in the industrialized world.

But of course he won't do anything, because is crazy, he is a grubby oil pimp, and as Thomas Walkom points out, he's shameless.

The tentative climate change deal between China and the U.S. may affect the way the rest of the world treats global warming. It will almost certainly not affect Stephen Harper’s Canada.

For this prime minister, only one player in the climate change debate matters: the petroleum industry.

So he will use this:

The U.S. president has tackled his country’s biggest carbon emitters — coal-fired electricity generating plants. What he has not done is introduce regulations to reduce emissions from U.S. oil and gas producers.

As an excuse to do nothing.

Until Washington does that, Harper won’t act against Canada’s petroleum industry, even though it is now the single biggest source of carbon emissions in this country.

And the good news? That flimsy excuse won't fool anyone. He can run but he can't hide. And it has never been harder for Stephen Harper to do nothing.

For not only is climate change becoming a threat that can no longer be ignored or denied... 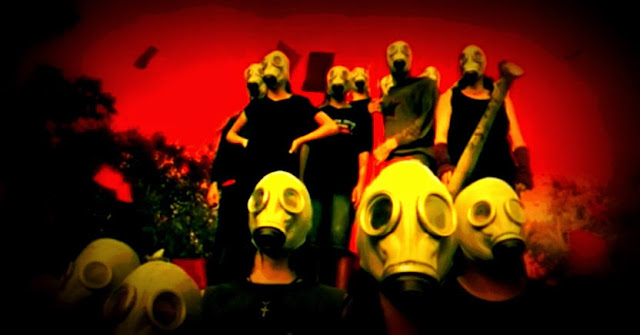 It's also never been easier to prove that his oily obsession is also threatening our economic future.

Not when even the Chinese are going green faster than we are:

Not when he couldn't be more wrong about this:

To someone like Harper, the dream of an economy dominated by solar power and windmill manufacturers is pie in the sky.

And so many other countries are leaving us behind.

So we will be able to use all of that against him in the next election campaign like we never have before, to help prove that he is indeed no Great Leader.

Just a crazy little Con man leading us to disaster.

Just a grubby little oil pimp whose time is almost over... 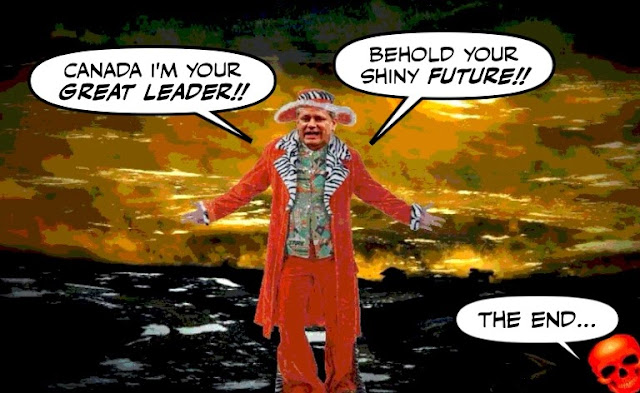 Tora Tora Tora, Justin should be crying Norway Norway Norway.
I have a lot of respect for Muclair but he has proved himself to be just another weasel. Sure a better weasel than Harper but still a weasel like Horwath.

Conservative idea of spreading the energy wealth. At the end of every Conservative Bible story someone has to die for GOD!

I love your blog, Simon, and regard you as providing a public service. Thank you!
- A new loyal reader

harper and his herd won't do anything on the environment, except to make it worse. It isn't even the oil industry he is pandering to. the man is simply not that bright. Just another reason other world leaders think harper is a joke. If harper and his cons are re-elected, we will also become the butt of jokes, just like the american republicans.

all people have to do is look at harper's views while he was with his un thinking tank. just because he got a masters degree doesn't mean he is smart. If China and the U.S.A. agree on an environmental accord harper will simply ignore it all. He just can't accept modern science because he is rooted in a religion which simply is as back ward as the taliban. that is what harper represents, a mind set not that different than that of the taliban. harper is the true terror in Canada