Stephen Harper and the Death of Parliament 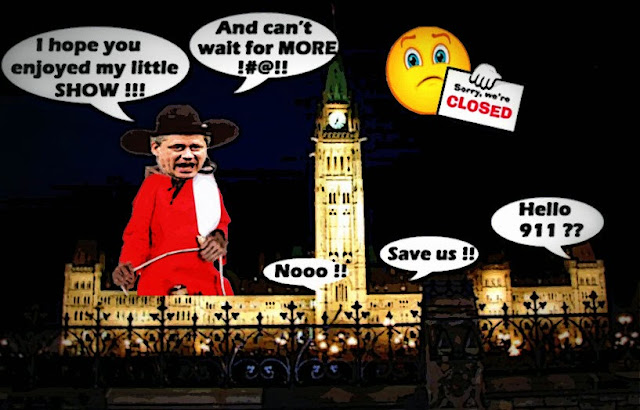 It was the most politically depraved horror show this country has ever witnessed. It was nasty, it was brutal, it was bestial.

The way Stephen Harper raped our bleeding democracy over and over again. The way he muzzled and smeared his opponents. The way he lied about everything. The stench of corruption that burned the nostrils, the sound of monkeys howling and pigs squealing.

It was the death of Parliament and the lowest form of political pornography... 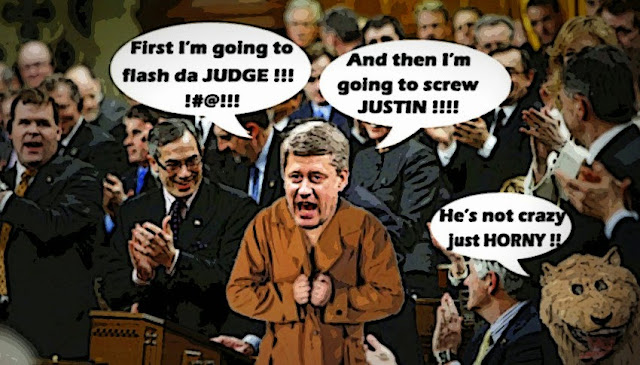 But at least as Parliament adjourns for the summer, Harper and his Con regime have also staggered out of the rubble, or off the field, battered and bruised.

Through bad luck, bad timing, bad management and bad manners, a lot of key items on the Conservative to-do list have not got done, and the government heads off the pitch with more own goals and red cards than points.

Harper’s team often looked clumsy or out-of-touch on issues that matter to the voters the Tories need, and all the while Liberal leader Justin Trudeau stayed ahead in the polls, seemingly impervious to gaffes or attack ads.

His reputation is in tatters, his polls are going nowhere, and all his hopes are now pinned on whether or not he can bribe voters... 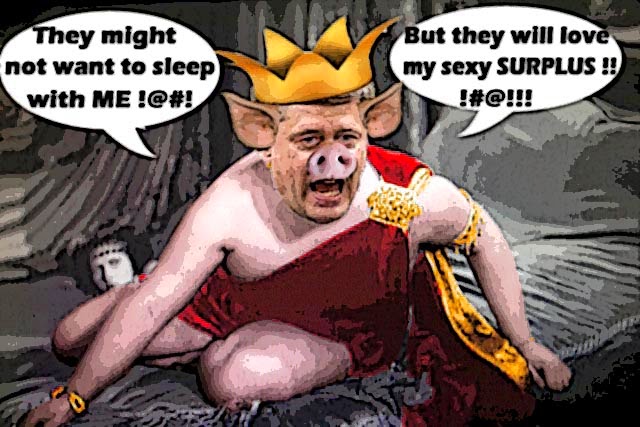 Harper seems off his game, but he still has one big card to play: a surplus in the next budget, just in time for pre-election tax cuts. It looks he is going to have to put a big bet on that card.

So despite the horror of having witnessed the slow strangling of our democracy, I couldn't be more satisfied.

Because after that grotesque spectacle no sane Canadian can claim that the man is not a monster, without being accused of living in denial, or of being a Con collaborator.

And I'm betting that Stephen Harper will not be able to bribe voters with his government-killing tax cuts. Not when so many are so tired of that depraved leader, and want his filthy Con regime removed from office as soon as is humanly possible.

Because if they can be bought, if they are that old and fat and greedy, then this country is lost and has the government it deserves.

And I could never believe that eh?

Not when cynicism is the death of hope, and in Canada these days to resist is to exist.

So although, as I've said before, there are a million things I'd rather to with my spare time, than blog about Canadian politics in the moral swamp called Harperland.

Like recording the magic moment when this little duckling discovers that the green stuff on the pier wall is yummy delicious... 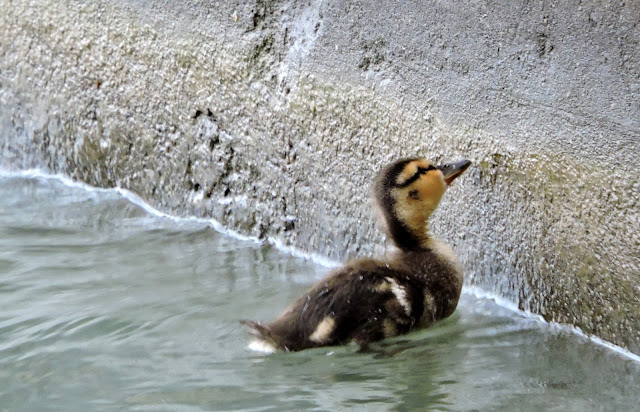 Or spreading my sails and feeling the cool clean wind in my face... 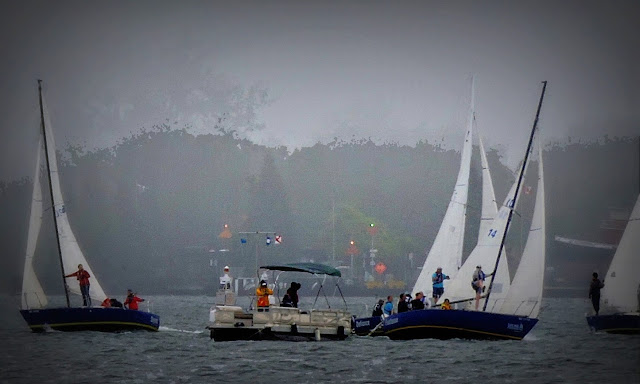 This summer will be a busy political season. One that will take me from the battle to dethrone Rob Ford, to the Scottish highlands to join the rebels fighting to separate from Con Britain. And back again to prepare for what could be an early election.

The Conservatives have already quietly nominated roughly a third of the party's slate of candidates for the next federal election, a sign that Stephen Harper could be readying to call an election before the fixed date in October, 2015.

"If they see, for example, that if somehow the brand of Justin Trudeau becomes tarnished, or there's a significant misstep, you might see the Conservatives try to pursue a smash and grab victory," Nanos said.

Because everything the Cons are doing tells me that they are aiming for a smash and grab victory. So we must be ready.

But as said, it is almost summer. In Canada it's always too short.

So I will be taking it a little easier. But even if I'm not here as often as I usually am, you can be sure of one thing.

I will never give up hope. I will still be out there following my buddy Sébastien.

Still believing that we are heading in the right direction.

And that victory is in sight... 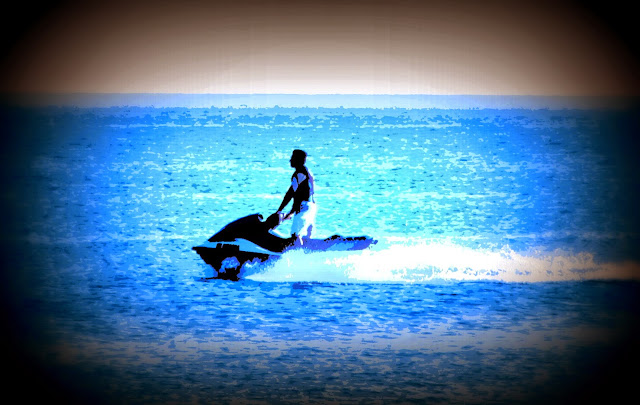 You know, I'm lucky to have so many readers who understand my insatiable need for freedom. And my passionate love for floating objects.

Because if not I'd be in trouble eh?

Thank you for your patience, and your encouragement.