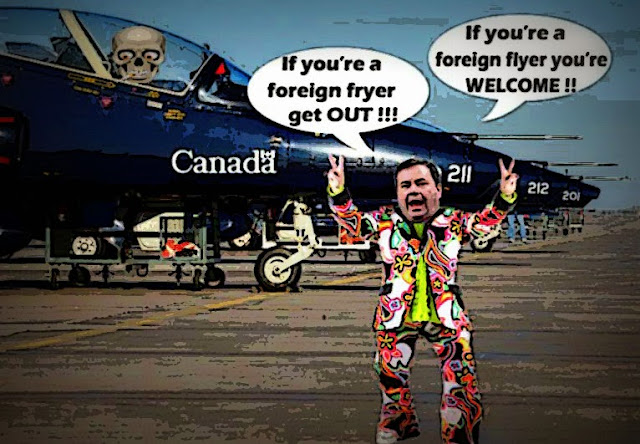 OMG. I didn't think it was possible for Jason Kenney and the other oil pimps in the Harper regime to embarrass this country more than they already have.

I didn't think it was possible to be more humiliated in the eyes of the world, and still keep breathing.

Because remember how I told you last night why Kenney's plan to crackdown on temporary foreign workers in the fast food industry was nothing but a sham or a scam?

Well how about this scam? Now they're hiring foreigners to replace our Royal Canadian Air Force pilots.

Canada’s air force has been hiring foreign pilots to fly its front-line transport aircraft, maritime patrol planes and fighter jets, citing an inability to recruit Canadians to fill seats in the military cockpits.

As debate rages about temporary foreign workers allowed into Canada to fill jobs in sectors like the service industry, it turns out that the Canadian Armed Forces has also gone abroad to fill its own labour needs.

And why are they doing that? Making us look like a Banana Republic.

Or The Royal Canadian Air FARCE.. 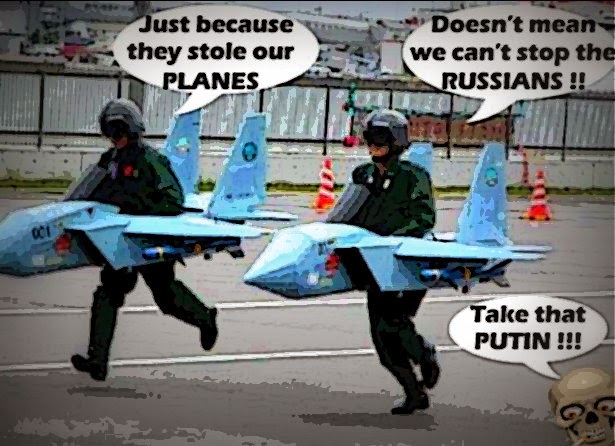 Because they're too Con and too cheap to do the right thing.

Gilles Hudicourt, a pilot with Air Transat who obtained the labour market opinions, says the air force has gone abroad to find experienced pilots to avoid the cost of training Canadians. “They pretend . . . that they’re actually going after some new skill,” Hudicourt told the Star. “They’re doing it to save on training money.”

And that in a country with a flying tradition second to none. A country of legendary bush pilots. And one that during the Second World War trained thousands of pilots from all over the Commonwealth.

Including my grandfather whose training log book this is... 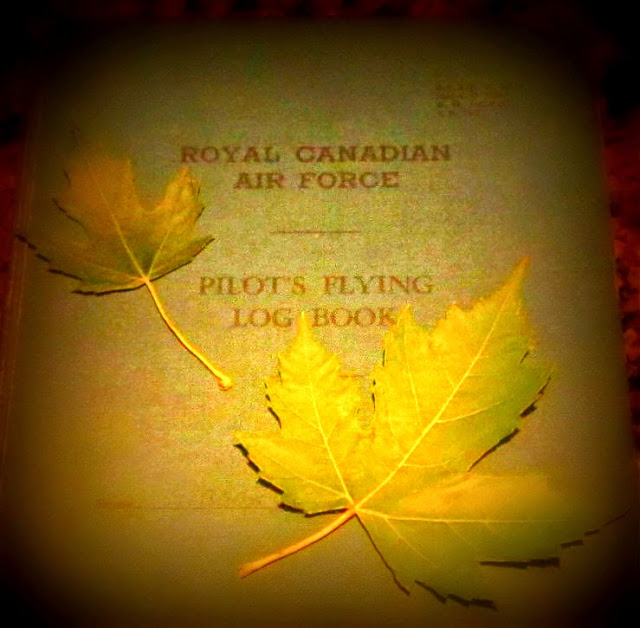 My precious heirloom into which I have pressed some leaves I rescued from the old tree that inspired "The Maple Leaf Forever," when it came crashing to the ground.

Oh boy. You know, although I miss him a lot, I'm almost glad my grand dad isn't around to see how low we have fallen.

Because if he was he would be so disappointed.

Although I probably would have enjoyed what he had to say about Lord Harper and his ghastly Cons.

Because he wasn't one to mince his words eh? And he had absolutely no time for fascists or phonies... 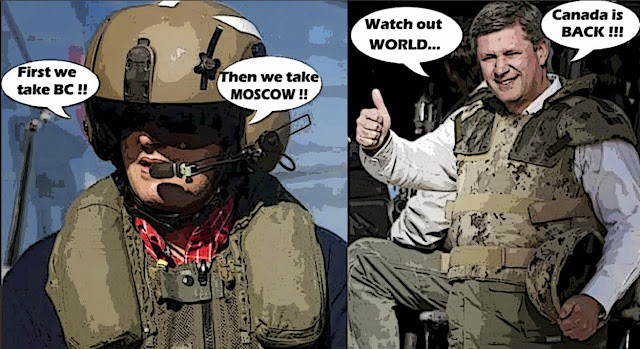 Or those who would make political capital out of the military, only to betray veterans and sell us out to the lowest bidder.

But he isn't around so I'll have to say it for him: no self respecting country hires foreigners to fly its warplanes.

And if we need cooks, or welders, or pilots, or whatever in Canada, we should train them OURSELVES.

Because this is the final indignity.

A pilot from the Hungarian Air Force was hired as an instructor to train student pilots in the Canadian Air Force.

Along with this other flying outrage.

The Conservative government has agreed to accept new helicopters to replace Canada's 50-year-old fleet of Sea Kings even though they don't meet a key requirement recommended for marine helicopters by Canada's air safety investigator, CBC News has learned.

Can you believe it ? Canadian pilots will get a chance to fly.

In unsafe helicopters, with no proper dry-run gear boxes. And despite that horrible tragedy off the coast of Newfoundland that killed 17 people... 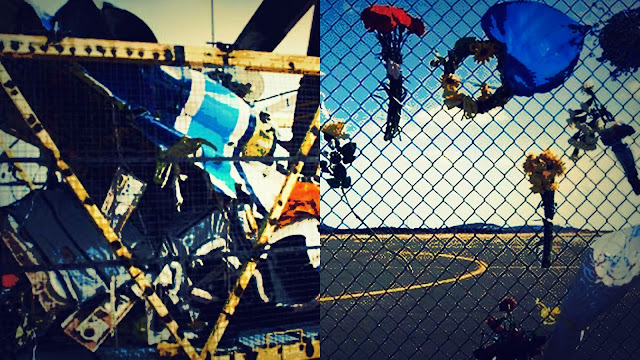 The importance of the ability to fly for 30 minutes after a loss of lubrication in the main gear box was reinforced by an investigation into a deadly 2009 crash of a Sikorsky-built helicopter.

Unless of course our hapless military and their Con masters can find enough temporary foreign pilots desperate enough or suicidal enough to fly them for less money.

Except that we are going to use the foreign workers scandal against those sellout Cons all the way to the next election.

Jason Kenney must be fired, or resign.

The shabby shuffling Harperite regime must be defeated.

And the Royal Canadian Con Air Farce must be grounded... 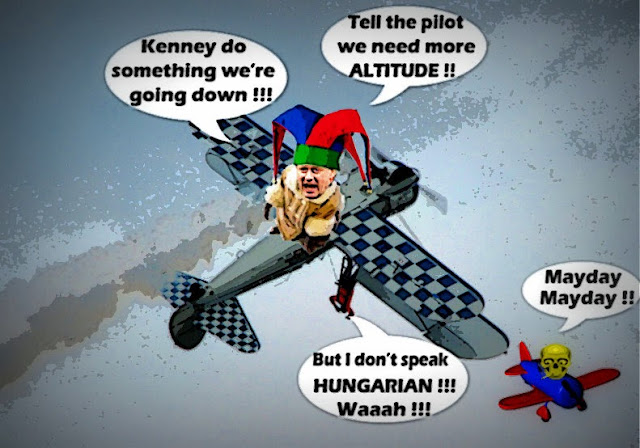 String the public along. Pay for some corporate moving expenses. Sit down for the kick backs.

i didn't think it was possible to be any more disillusioned (not a strong enough word, but I'm at a loss to find one) by this bullshit govt. - until I read this piece Simon! I find it hard to believe that the general public, or, at the very least,. some of his base, cannot see how looney this jerk is - people have suggested that he is a diabolical thinker - No! he isn't - he's just a freaking psycho - and no one seems to have the cajones to say it and do anything about it!

Hey, you are all taking this too seriously! The 'murkans had a coupla Saudi jet pilots back in 2001 and look how well that worked out for them!

"Anonymous": Those Saudis were probably there for training and learning how to co-ordinate with US systems.

nothing surprises me about anything the cons do. of course it would have been nice if the MSM had covered this.

In B.C. we find once again a union has to take the feds to court to prevent foreign workers from doing the jobs Canadians can do. Turns out the Free Trade Agreement provides for American firms doing work in Canada to bring in their own workers if they say they have specialized training. One such individual, they let into Canada had a criminal record in the U.S.A. for guess what? sex crime. Oh, ya, he had specialized skills alright and they let him into Canada.

Once the Free Trade Agreement is signed with China, you can bet it will have a similar clause and all the Chinese companies can bring in their own workers.

now the Cons even bring in foreign workers for our Armed Forces. Perhaps its a way of sending them back to their country of origin so they don't have to pay them pensions should they be injured on the job.

Don't feel too bad. The Americans are buying a lot of parts for their warplanes from China. Ha ha ha ha ha. I'm sure that it would never ever occur to the Chinese to program a few extra programs into anything that they build for the US. Small bits like "On command, dive straight down."

And it worked perfectly!!!
Just look how well they landed those fucking planes in the middle of the W.T.C.!!!
Just think what we will have to look forward to here with some of those murderous motherfuckers flying our stuff!

hi anon...I still can't figure out why the Cons have betrayed this country so outrageously. Is it just naked ideology run wild? Or is just dumb as dumb can be incompetence. But I don't really care why, all I know it is a mighty issue that we can use to defeat them...

hi cheena...I will never understand why so many Canadians were fooled for so long by Harper and his ghastly regime. Or why so many settled for so little, and watched him commit so many democratic atrocities without lifting a finger. But hopeful all of that is changing. The Con regime is dying the death of a thousand cuts, and will soon be just an ugly stain on our history...

hi anon...well that's true, but at least their taxpayers weren't footing the bill. The fact that we are paying foreigners to teach Canadians how to fly strikes me as absolutely outrageous. When I was a boy some of the legendary bush pilots of this country were some of my greatest heroes. And this whole situation strikes me as absolutely pathetic...

hi Steve...yeah I guess some of hose reasons are valid. We are too polite. But I happen to know that there are a lot of young pilots looking for jobs in this country, and the fact that those jobs are being given to foreigners is absolutely disgusting...

hi Kathleen...yes I know, I think about it myself, and I notice that most of the comments I get are anonymous. Which is fine with me I don't blame people for fearing the Con regime. They are capable of ANYTHING. But all I can say is that I'm not afraid of them, and I could't live with myself if I didn't do all I can do, as humble as that may be, to defeat them...

hi e.a.f....well I don't understand why it took so long for the MSM to expose the foreign worker's scandal, especially since we now know that the Cons were aware of the problem as far back as 2006. All these so-called Free Trade deals have done is close factories,in Canada, drive down wages, make the rich richer, and set us us all on a race for the bottom...

hi anon...is that true? And if it is true, please let me know what planes the parts are going to, so I can make sure I never find myself on one. I know the industry is plagued with poorly made parts, and I'm afraid that's one Made in China product I'd rather not test... ;)

This is un-effing believable. Harper's vision of/for Canada is ghastly!

Keep up the good work Simon!

Environmental "activists" get smeared with the foreign-funded accusation to ramp up the fears of terrorism, but it's totally ok to outsource our air safety to save a few dollars.