Michael Coren and the Road to Redemption 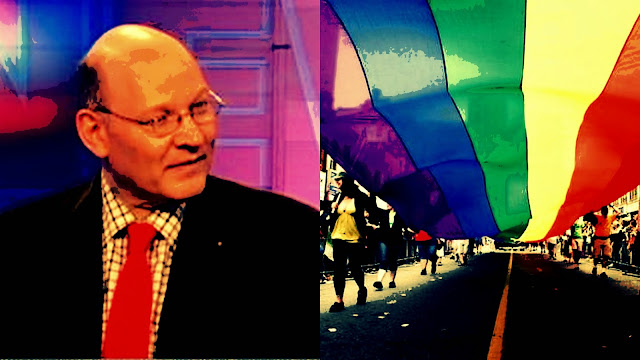 For as long as I can remember, Michael Coren has been one of the most ghastly anti-gay voices on the Canadian airwaves.

A hardline right-wing Catholic who seemed to take pleasure in playing down the suffering of LGBT people, and mocking their struggle for equality.

So you can imagine how shocked, and then pleasantly surprised I was, to see that he is now admitting he was wrong.

I haven’t been asked to lead any marches at Pride this year and, frankly, I doubt that’s ever likely to happen!

I’m still regarded by many in the gay community as an enemy and I understand that reaction. I have said and written things in the past that, while never intentionally hateful, caused offence and pain. This isn’t necessarily relevant, in that truth cannot change according to response, but I could and would not say such things any longer. I was wrong.

Now as you might know, I have long made it clear what I think of Coren... 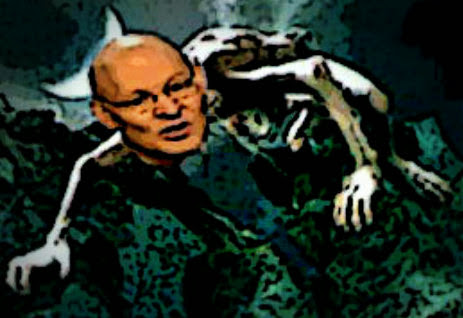 And not just because of his views on gay people.

I hated what he said after the death of Trooper Karine Blais, in a bomb explosion just north of Kandahar City in 2009. 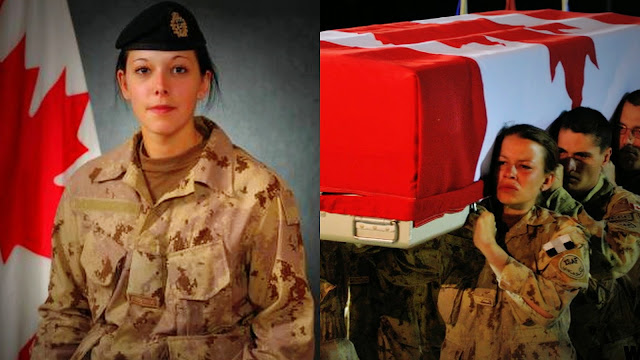 So Canada sacrifices another victim on the altar of equality. Last week a young girl dressed up as a soldier died in the increasingly futile and pointless war in Afghanistan....But what on earth was she doing in such a place and in such a job?

Because when a woman dies for her country she's not a pretty little thing, she's a hero.

And when a monstrous right-winger slaughtered all those kids in Norway, I was disgusted by the way Coren immediately jumped to the conclusion that the killer was a Muslim...

Which since he was so wrong, and I could almost hear him saying that in his plummy English accent, practically drove me up a wall eh?

But what always bothered me the most was the way he tried to put down the cause of bullied gay kids, and those trying to help them.

Like he does here after Rick Mercer and other well known Canadians made a It Gets Better video...

Because that's about as low as you can go.

And now that he has recognized the error of his ways, I still wonder why it took him so long to recognize the true nature of the anti-gay movement.

In the past six months I have been parachuted into clouds of new realization and empathy regarding gay issues, largely and ironically because of the angry and hateful responses of some people to my defence of persecuted gay men and women in Africa and Russia. I saw an aspect of the anti-gay movement that shocked me. This wasn’t reasonable opposition but a tainted monomania with no understanding of humanity and an obsession with sex rather than love.

When just a glance at the comments on his story should tell you what kind of people they are:

And of course I'm not a Christian, I'm an atheist who believes that the planet is our heaven and our hell, and that it's up to us to decide what it will be. So I don't turn the other cheek.

So as painful as it may be, I have to congratulate Coren on having the courage to finally admit he was wrong.

And while he's right, he probably would NOT be asked to lead the Pride March, he would definitely be welcome there now.

Because it's the celebration of the survival of a community in the face of the kind of hatred he is now experiencing himself.

It's for EVERYBODY who wants to celebrate the triumph of love over bigotry... 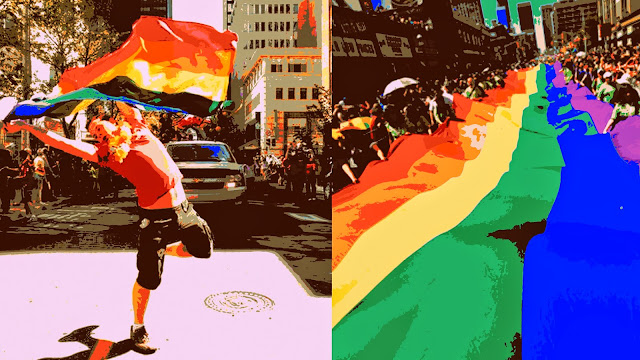 And the wonderful way so many straight people have become our friends and allies, is one of the things that still makes me proud to be a Canadian.

And the theme of this year's march? Rise Up.

Did you hear that Stephen Harper?

Nice posting, Simon..I know how difficult it can be to forgive and be welcoming..here's hoping that Coren eventually comes to the conclusion that he was wrong about a lot of things..but this is a good start..

But this was different. I was accused of betraying my faith. Thing is, I have evolved my position on this issue not in spite of but precisely because of my Catholicism. My belief in God, Christ, the Eucharist, and Christian moral teaching are stronger than ever. Goodness, I am even trying to forgive those “Christians” who are trying to have my speeches cancelled and have devoted pages on their websites and blogs to my apparent disgrace.
-------
Self-promotion dressed as piety and religiosity
or mutton dressed as lamb.

He may be saying one thing though, but I doubt he has changed his "real" position. Guys like him don't change much. He most likely has had to say something as he becomes more irrelevant in our society.

We shall see. Who knows perhaps we are going to see a "kinder" more open mined......na, I doubt it.

hi mizdarlin...well I wouldn't go so far as to welcome him, but yes, if he is sincere I would be prepared to forgive him. As I said I do believe in the power of human redemption, I've had to use it on myself on several occasions. ;) And people who change their views can do enormous good to the cause they once attacked...

hi David...I can understand your scepticism. But I have been reading his Facebook page and the arguments he has been having with some of this country's most vicious So Cons, so at this point at least I am prepared to give him the benefit of the doubt...

An idiot no matter how many times is an idiot. When your poor the police will cut you down. When your rich you are the perfect clown.

You evidently have no idea what a plummy english accent sounds like!