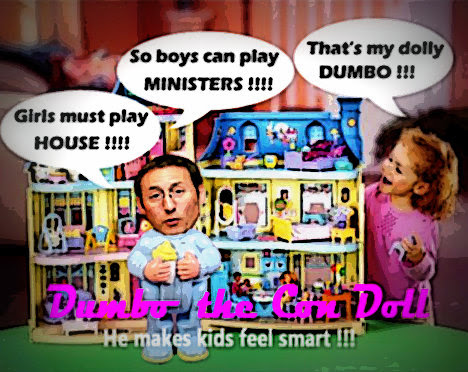 Oh no. Call the Old Boys Club. Peter MacKay has made a complete fool out of himself. Again.

He just can't get sexism out of his system.

Justice Minister Peter MacKay has raised eyebrows once again over what some consider old-fashioned and patronizing attitudes toward women.

"By the time many of you have arrived at the office in the morning, you’ve already changed diapers, packed lunches, run after school buses, dropped kids off at daycare, taken care of an aging loved one and maybe even thought about dinner."

And I have to be brutally honest eh? I'm starting to think that they don't call him Dumbo for nothing.

I mean take a look at some of the pictures in my Dumbo file, and you be the judge:

Then he claimed we won the War in Afghanistan... 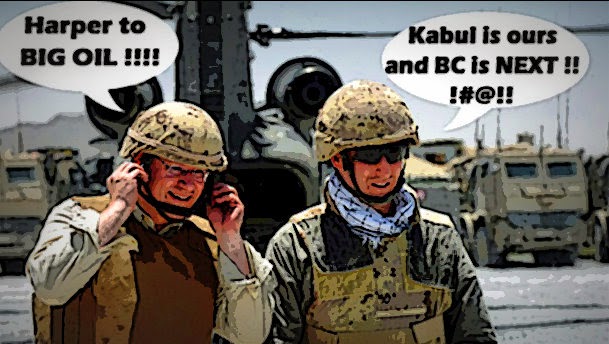 Even though we LOST.

Just like the Cons are going to lose BC. 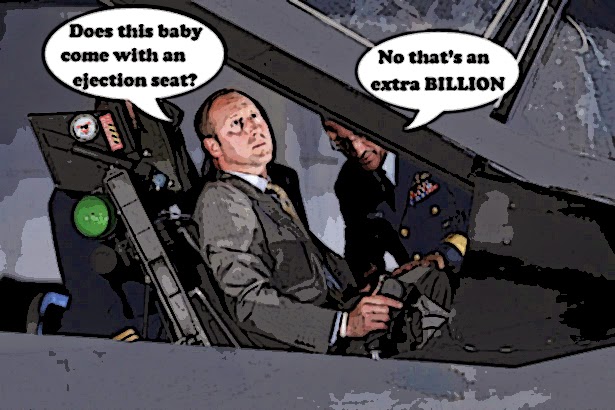 Because among other things he couldn't count.

Then tried to smear the Chief Justice claiming she had called the Prime Minister... 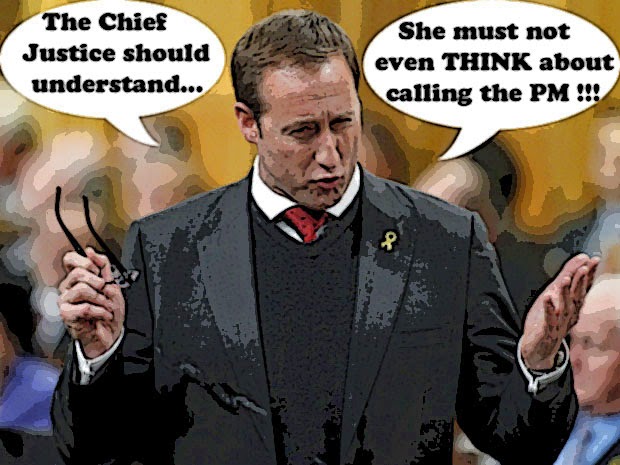 When she hadn't, and she was right and he was wrong. As usual.

And now he's claiming that if we don't support his so-called cyber bullying bill we're with the bullies... 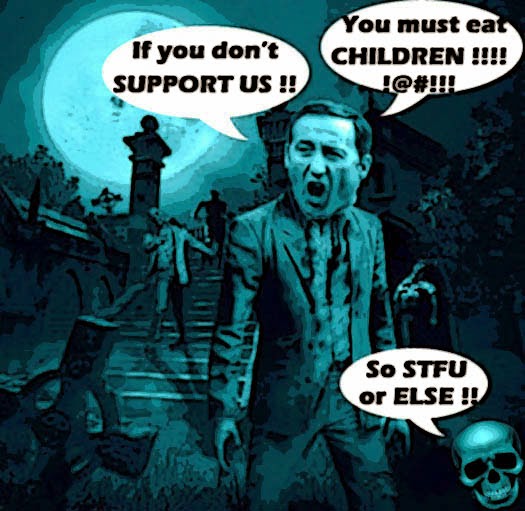 When in fact he's the bully, and his cyber snooping bill is an abomination.

And when you add it all up, one can reach only one of TWO conclusions.

Either his wild and booze fuelled student days scarred him forever... 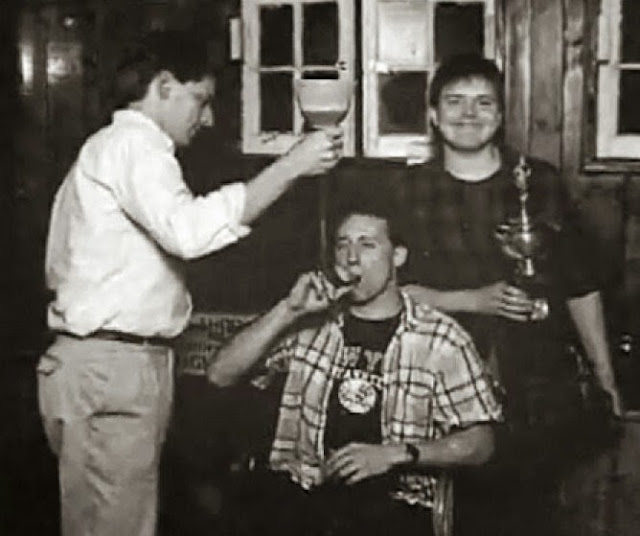 And cost him half his brain cells.

Or he was born STUPID... 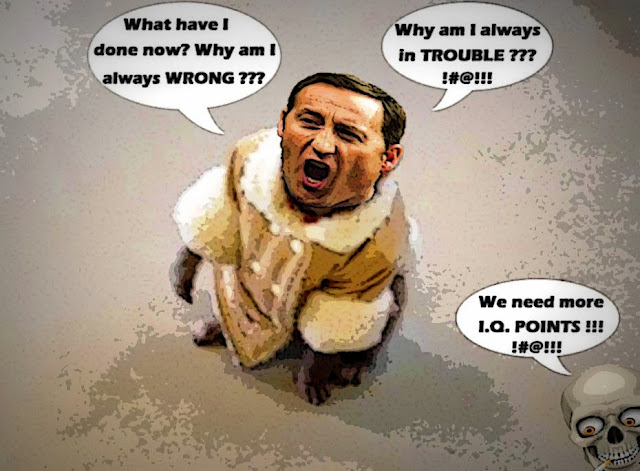 In which case he should start changing his own diapers. Or get a brain transplant.

And all I can say is that as the self-appointed President of my neighbourhood's Not So Old Boys Club, I condemn him to perpetual ridicule, for making us ALL look bad.

And further declare that if he STILL doesn't understand what he's doing wrong, and that we need pathetic sexism in the 21st Century, in Canada, like we need homophobia or racism.

Or a hole in the head.

He really should go back to the time and place where he belongs, as I said the other night. 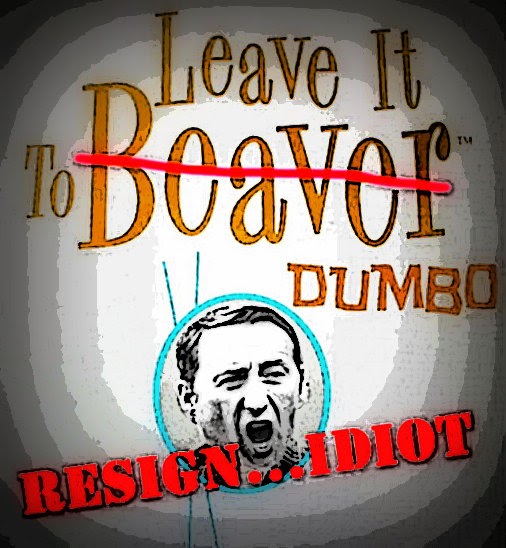 I wonder if this is why the Stronach dumped him.

The wonderous thing is what she ever saw in his pathetic ass in the first place, and what has he got on his new fancy wife, what is wrong with her?

was that memo sent to only women? sounds like life for a lot of men and not just Dad's. Increasingly Grandfathers are doing all of the things mentioned in the memo.

Oh, well remember he is a Con. He is part of Harper's herd. His wife, well, when she married him, it might just have raised her standard of living, if she can avoid him. Of course I wouldn't be surprised if she divorced him when the cons are un-elected.

And e.a.f., yes, many grandfathers as well as grandmothers are childcare givers as well.

Obviously he didn't mention kids in households with two dads or two mums!

It must be driving Mackay crazy that someone on his staff leaked his Mother's Day and Father's Day messages to CBC. What are the odds Mackay is pestering the RCMP and/or CSIS to try and discover who the mole is. 8-)

hi deb...I don't know why Belibda dumped him, nor do I care. I don't doubt she had very good reasons. But he is becoming one of the worst ministers I have ever seen, and he is definitely one of the dumbest...

hi e.a.f...Your're right, as I mentioned in my post MacKay is making other men look bad. Because no guy I know has such backward views, the two young fathers I know are equal partners with their wives when it comes to parenting, and I'm extremely impressed and proud of them.
Even the one who sometimes when we stroll together down the crowded boardwalk, carries his beautiful baby in one of those chest carriers. Which as you can imagine is REALLY bad for my tough guy image. ;)
As for his new wife, I don't care to say anything. Except that if she married him because he's a minister, she better enjoy it while it lasts, because he won't be a minister much longer...

hi lagatta...yes you're right, men still aren't shouldering enough of the burden of raising children, but many more of them are trying, and have no time for suck backward and sexist ideas. And yes care givers come in all szes, ages, and orientations. I don't know any gay couples with children, but I see a lot of them in my neighbourhood. But maybe it's because I don't make enough effort to befriend them and let them into my inner circle, lest they give my Mum any ideas... ;)

hi David...yes I wouldn't be surprised if Dumbo is scouring his department looking for the leakers, like Captain Queeg looked for the strawberries.But considering the number of women he offended what does he expect?

right sorry I forgot about 2 Dads and 2 Moms. I actually know a couple of 2 Granddads. When the grandchildren, desend, its work, work, work. They love it and their Grandchildren, It is a changing world and everybody does the work of raising children, including aunts, uncles, nephews, nieces, family friends, etc. In these days, of both parents working and raising children, all their family and friends, pitch in. yes, now guys get to pitch in also. A lot of them are enjoying it and doing a good job.

Mackay doth protest too much, methinks.....Yesterday he said it was female staffers who penned the Mother's Day and Father's Day email greetings sent to his staff...... but then admitted he signed off on both!

*
I wonder if the MacKay's have a full or part-time nanny for their son? 8-)