The Shocking Cost of Stephen Harper's Junket to lsrael 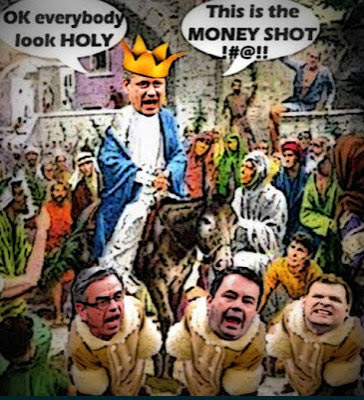 We all knew that Stephen Harper's recent tour of Israel was a bloated junket. A massive extended photo-op designed only to win votes back home.

We knew it was packed with religious fanatics, and assorted crazy homophobes.

We knew that there was nothing in it for Canada.

But who knew it was so expensive?

The new tally was obtained under Access to Information Act and is almost five times the preliminary estimate released by foreign affairs department in the weeks after the trip.

Or that the pathetic Con MP Mark Adler was right when he screamed "This is the million dollar shot." 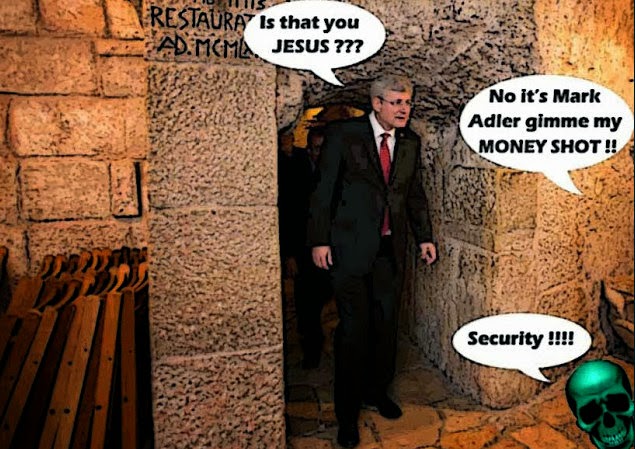 Because it sure was and we sure paid for it. Hotel rooms, cellphones, gifts, water bottles, and even a secret headquarters.

Almost $300,000 was earmarked to cover the costs of “headquarters,” though no details are provided of where that was located.

For money was no object as Great Moses Leader led the faithful through the Promised Land... 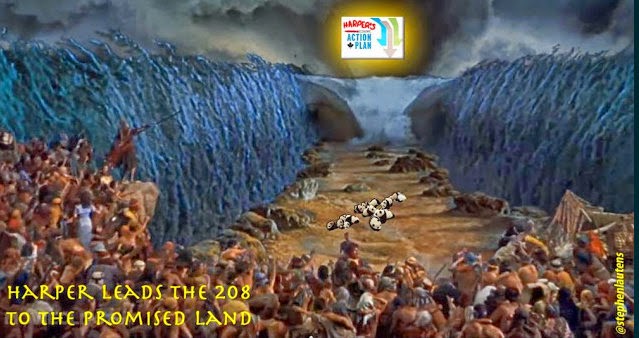 Harper spent four days in Israel and that’s where most of the costs were incurred — $676,545. Only a small delegation continued with Harper to Jordan, which cost $187,549. The prime minister made a morning visit to the West Bank, which cost $18,170.

Because for them there would be nothing but HATE.

And he would let NOTHING stand in the way of his bromance with Benny... 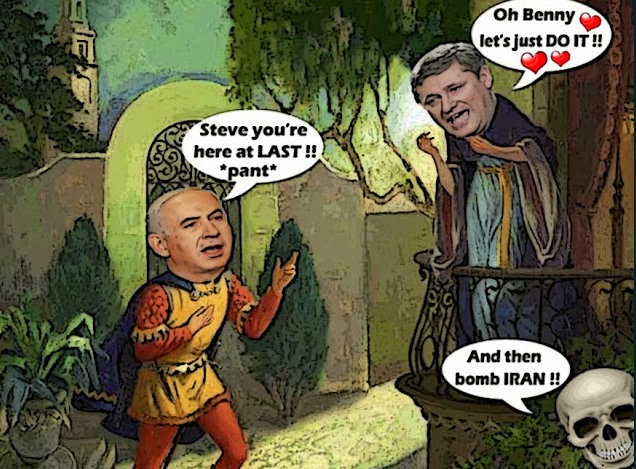 Or his crazed attempt to trigger a war with Iran.

And who can forget our bitter disappointment? 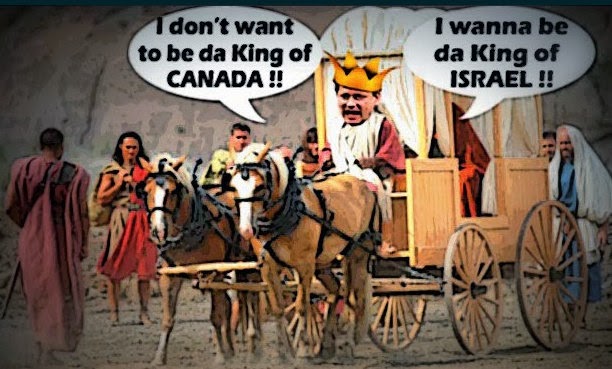 Only to change his mind... 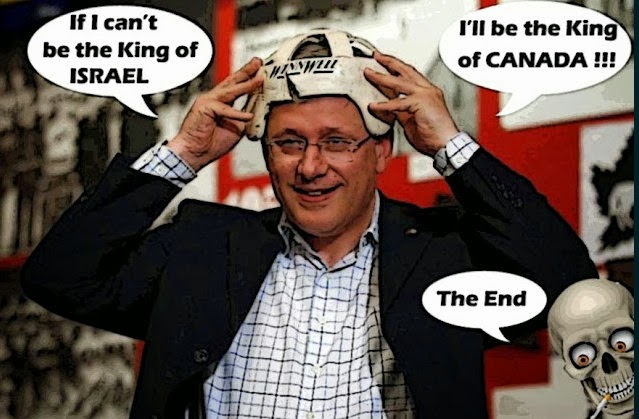 But not before embarrassing us further...

And for THAT we paid a million bucks?

At a time when the Con regime is nickel and dimeing veterans, and didn't even want to pay to bring them and their families to Ottawa for the National Day of Honour.

Except that the man has no honour, the bloated junket was an abomination.

And if we are paying for it now.

He will pay for it later...

To me this is all about Global Governance. First the globe will be partitioned into Unions. There already is the European Union. Canada, US and Mexico will be the North American Union (NAU). Now there is an Asia Pacific round-up. I believe Putin grabbed his Union, Crimea, Belarus and Kazakhstan. I believe Harper and his huge plane load to Israel, was likely for a Union of Israel, Jordan and Egypt. I think there will be a, South American Union and so on.

Eurasian alternative to Eu based on
May 29/2014
www.the moscowtimes.com

I watch Question Period every week. It has been more or less objective. Today not. The Scrum first spent half the time confirming Justin was a Bozo. The second half was about how much Mother Teresa and St Steve were alike. What killed me was how they handled the VA controversy. They showed veterans getting a puppy, how wonderful. CTV got to love it.

hi anon...you're right it is all about globalization, which is essentially about driving down wages, so companies can make ever greater profits, the rich can get richer and the poor are left helpless. And the only way we will change our fate and the fate of the planet is to fight them in the same way. We need to globalize the struggle against the 1% until they have no place to hide. How do we do that? That is the question and the struggle of our lives...

hi Steve...thank goodness I missed that episode of Question Period. But they are not alone and I am not surprised. I'm not a media basher, but what I hold against them is that so many media types seem stuck in the past, playing politics as a spectator sport, while unable to see the forest for the trees. We are living at a critical time in human history, and they need to reflect that, instead of opting for the easy and the shallow....