Why I Might Vote for the Liberals in the Ontario Election. 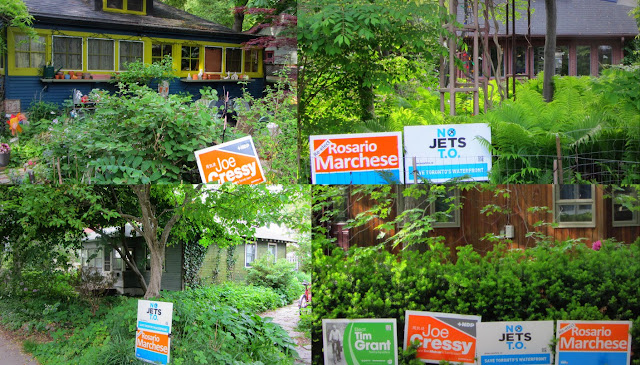 With just two days before the Ontario election, and still not having decided whether to vote for the NDP or the Liberals, I decided to check out the lawn signs on the island, which is part of Trinity-Spadina riding.

And the results were no surprise. The island is still mostly orange, with a touch of green. The only blue signs are the ones from the No Jets at the Toronto Island Airport campaign.

And between that and the hypnotic scent of the giant ORANGE poppies... 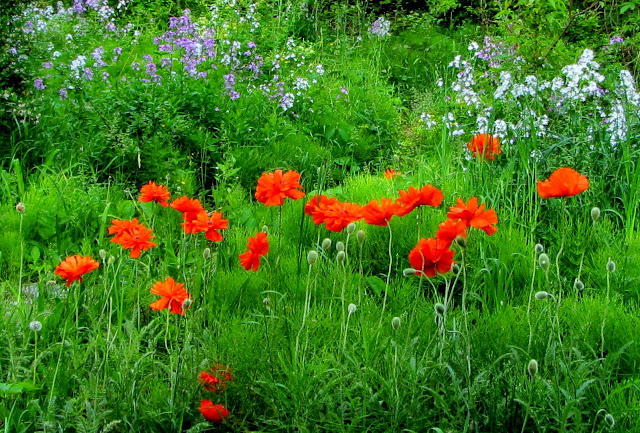 For a moment I thought I might be able to vote for the NDP, for sentimental reasons.

Because everybody else is eh?

Except that Trinity-Spadina is a big riding that stretches far beyond the island... 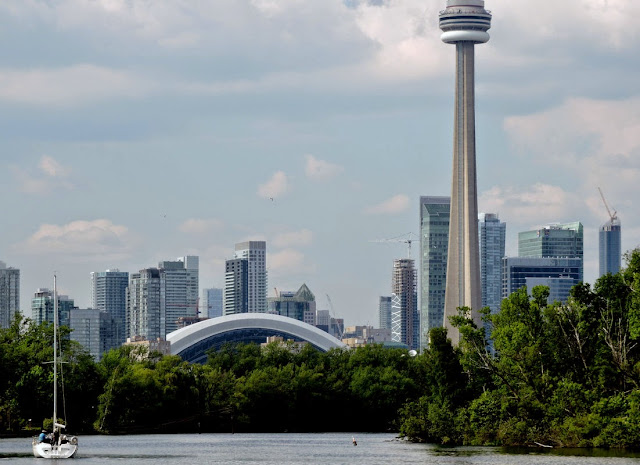 One riding poll I've seen has the Liberal candidate ahead. Kathleen Wynne is the only person who can beat Tim Hudak.

And like so many other lefties, including Laura at the We Move to Canada blog, I don't really want to reward Andrea Horwath for taking the party in the wrong direction.

But if I do end up voting for the Liberals, it will be mostly because I support Wynne's plan to beef up the Canada Pension Plan.

Because I work with a lot of seniors, I see what poverty does them. I know the problem is getting worse 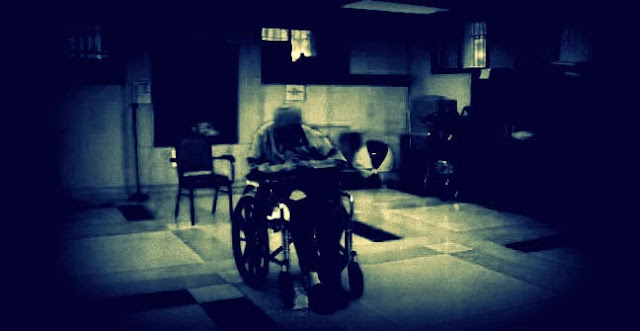 An international think-tank warns that poverty among Canadian seniors is on the rise and that current pension safety nets may be inadequate to address the problem.

The only thing that bothers me as much, is the look of hunger in a child's eyes.

I shudder to imagine what will happen when millions of baby boomers retire, and are forced to live in poverty. Forced to choose between such things as food or medication. Forced to surrender their dignity.

And if the federal NDP seems to believe that the problem is urgent. Why doesn't Horwath?

And then there's the political dimension. The fact that by supporting Ontario and other provinces like PEI, that also want to boost the CPP, we can give ourselves another mighty weapon with which to club the Con regime.

Because although even the late Jim Flaherty acknowledged the need to strengthen our totally inadequate pension system, Stephen Harper is refusing to allow it for brutish ideological reasons... 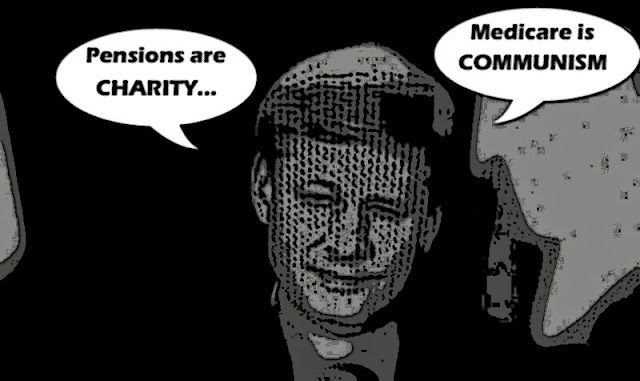 Because he would kill government even if it kills people.

And we can REALLY make him pay for that in the next election.

Oh well. There will be plenty of time to lament the fact that progressives can't seem to work together.

But right now is not the time.

Now is the time to get out the vote.

And by whatever means necessary. 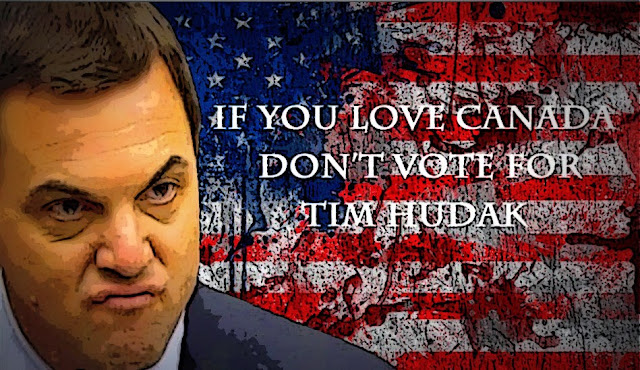 Andrea is taking the NDP in the right direction. Following in Jack Layton's footsteps, she is also representing centrist voters the Liberal party has abandoned over the past 20 years. Neo-cons like Mulroney, Harris and Harper bring in big tax cuts that primarily benefit the rich. Then "Liberals" like Chretien, Martin, McGuinty, Wynne and now Justin Trudeau cement them in place. Both the federal and Ontario Liberals slashed corporate taxes for the rich!

The NDP has not lost its direction. The Liberal party has.

It's silly to suggest that the NDP has to represent pie-in-the-sky social issues that Liberal and Con majority governments will ignore. What good does that do? In order to stop the Con/Liberal "starve the beast" see-saw the NDP has to get power and govern. Otherwise we'll end up following the US down the path of neo-con self-destruction.

BTW, according to Maclean's, Wynne's pension plan is regressive. It gives high income a boost while gouging low-income, like Chretien's disgraceful EI reforms.

Andrea's NDP is the real progressive although moderately to broaden their base.

The Liberal party has sold out over the past 20 years. They have become the Brian Mulroney party tearing down a Just society instead of building it up. Not progressive. Not even liberal.

For your riding, your decision should be whether you want to help the Liberals get a possible majority or you want to have an NDP member keeping a minority Liberal government in line.

I pissed at the ont NDP, as she didnt need to call this election!

I will not be voting liberal for strategic reasons. But I have an editorial on the vote
http://thinkingaboot.blogspot.ca/2014/06/ontario-vote-2014.html

Kathleen Wynne and the public service unions would have you believe the PC's will "shock" the province into a "recession." Reality: Tim Hudak has a MASTER'S degree in economics and is apparently FAR better at math than the Liberals who have brought this province to the brink of financial disaster. If you trust Liberal judgment, you need to be more aware of current events. Liberals initially said it would cost $190 million to cancel the Mississauga and Oakville gas plants and it ended up being more than five times that at $1.1 billion to save 2 Liberal seats in the 2011 provincial election. That is a cool $550 million per seat in the legislature. Kathleen Wynne could not state one single cost-cutting measure when asked three times during the Ontario Provincial Leaders' debate on June 3 as to how she would keep her promise and balance the budget by 2017 / 2018. She either genuinely doesn’t know or she is deliberately withholding information from voters AGAIN.

How long would it take you to pay off $21,280.85 for each and every member of your family? That is what you owe plus the portion owed by Ontario's prison population, and many disabled and seniors just for Ontario’s debt. That does not include your share of Canada’s federal debt. Ontario has more than doubled its debt from $138 billion to $290 billion - an additional $152 billion in debt in the eleven years that the Ontario Liberals have ruled this province. That's an average of $13.8 billion a year in a province of 13.5 million; That is more than $1,000 per year MORE spent than earned for every man, woman and child in this province and this is AFTER raising taxes to historically high levels. They have spent more than ALL previous Ontario governments COMBINED since confederation. To put this in perspective, California, with a population of 38 million (almost 3 times as many people) has HALF the debt that Ontario holds. Our third-highest provincial expense ($10.6 billion a year) is just to pay the interest on our debt - without paying it down. What kind of services could be provided with that kind of money? That would cover the cost of every dollar spent on health care for the entire Region of Waterloo (about $1 billion per year) for almost eleven years; That covers all publicly-funded hospitals, clinics, long-term care facilities, physicians, surgeons, psychologists, psychiatrists, nurses and therapists among others for eleven years just for one year's interest on our provincial debt. Instead, we get nothing for that money but a holding pattern in crippling debt. All of this is at historically low interest rates. When our credit rating is downgraded or inflation rises, our interest rate will jump. Every 1% that interest rates rise will cost another $3 billion per year. We cannot sustain this. Please elect ANY candidate other than Liberal. Please explain to me how I could look my children in the eye with a good conscience and vote Liberal knowing that they will have to cover their own services while paying off the insurmountable debt and interest payments we have left them. Take a reality break and imagine how you see all of this ending up.

Are they at least honest?
In 2003, Dalton McGuinty signed a taxpayer protection pledge, with the Canadian Taxpayers Federation, that read “I Dalton McGuinty, leader of the Ontario Liberal Party, promise, if my party is elected as the next government, that I will: Not raise taxes or implement any new taxes without the explicit consent of Ontario voters; And not run deficits. I will abide by the Taxpayer Protection Act.”

In 2004, he broke that covenant with Ontario families by bringing in the largest income tax hike in Ontario history with the so-called Health Tax, but not before raising corporate taxes and cancelling personal income tax cuts in 2003.

In 2008, he announced the largest sales tax increase in Ontario history with his HST, which came into effect on July 1, 2009 on the same day as his eco tax. This term alone, he also brought in tire taxes, electronic taxes, the diamond tax, hidden hydro taxes and destination marketing taxes. And his Liberal caucus colleagues have vocally supported bringing in a carbon tax and a water tax.

Another vulgar halfwit hiding behind anon...

Hudak math is off by eight times or $20 billion per year in employment income.

(I believe the cancellation where meant to save 3 or 4 seats, 1 in Oakville and 2 or 3 in Mississauga and Etobicoke.)

hi doconnor...yes that is a consideration, and I would prefer a minority government just so the Liberals and the NDP could learn to work together as they might have to do after the federal election. But for the reasons I mentioned in my post, I really really don't want to reward Andrea Horwath...

hi Ron...I read your blog and I know and respect your position, but I'm afraid I don't agree with you. I don't mind a little tacking to the right, if it can help siphon off some votes from the Cons. But as someone who works with seniors I can't wait for the pension issue to be addressed. And I expect the NDP to inspire me with new ideas and to aim higher than Horwath has done. I know there are better leaders in the NDP and I hope that this sorry episode will have line of them replace her...

hi Jason...I agree that the gas plants fiasco is a sorry one. But all three parties wanted them moved, so it is a fiasco but it's not corruption, and as far as I'm concerned it's no reason to bring down the Liberals and allow Tim Hudak to kill the patient while trying to cure it. His platform was far too extreme, this is not Republican America or Alberta, and he will pay a heavy price for trying to foist it on Canadians who don't want it. My advice? It's time to put the progressive back in the Progressive Conservatives...

hi deb...yes I agree, Horwath should have given Wynne a chance to implement her progressive budget, and brought her down only if she failed to deliver. As it is she also timed the election very badly, at a time when most people in this country would rather enjoy our very short summer. And by doing that she played right into the hands of the Hudak Conservatives who stand to gain from a low turnout. As I have said before I don't doubt that Horwath is a good person, but she is simply not the leader the NDP deserves...