The Con Regime and the Attack Ad Question 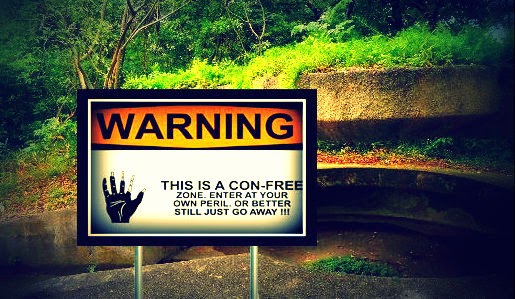 Well as you can imagine, the secure facility where I live is a Con-Free Zone.

No pictures of Stephen Harper are permitted, except those stored in the bowels of my computer.

And his name may not be mentioned in my presence, without written permission.

So you can imagine how horrified I was to come home this week, and find this wedged  in my door.

It was a such a shock I immediately fired my useless bodyguards, or told them they can't borrow my bike for a whole month.

But at least that hideous flyer gave me a good idea of what we can expect from Harper and his Cons, in the run-up to the next election.

Especially the part about "Protecting our children from drugs and criminals."

Because you know what that means eh?

Protecting children from those Liberal judges.

The justice system must put the rights of victims ahead of the rights of criminals. RT if you agree. #cdnpoli pic.twitter.com/uNMXmKQ8rU
— Stephen Harper (@pmharper) June 24, 2014

And the junkie Justin Trudeau...

Which is why I was so surprised to see that the Con operatives in the PMO are claiming what they fear the most, are those nasty attack ads from the opposition.

The Conservative Party is warning its members and supporters of a barrage of attacks targeting Prime Minister Stephen Harper and his governing party in advance of the 2015 federal election.

“The Liberals and NDP are proposing expensive tax and spend schemes that would reverse all the progress we've made together. And having learned their lesson from past election losses, we believe that they will aggressively attack us as we approach the campaign in 2015,” the email says, with the original final sentence in the paragraph in italics.

And that the Con Death machine has released an attack ad they DIDN'T use against Michael Ignatieff.

Or were they trying to taunt Justin Trudeau into giving up his big gamble?

In an era in which parties stockpile dirt on one another in the political equivalent of mutually assured destruction, Justin Trudeau admits he's taking a gamble by offering to unilaterally disarm.

But the Liberal leadership front-runner is betting Canadians would rather have a leader who sticks resolutely to the high road than another purveyor of negative attacks ads and the other dark arts of modern politics — like exploiting wedge issues and regional divisions.

Because so far Trudeau's strategy has worked to his advantage. By not replying the Con ads have bounced off him, and have only made the Cons look cheap and dirty. 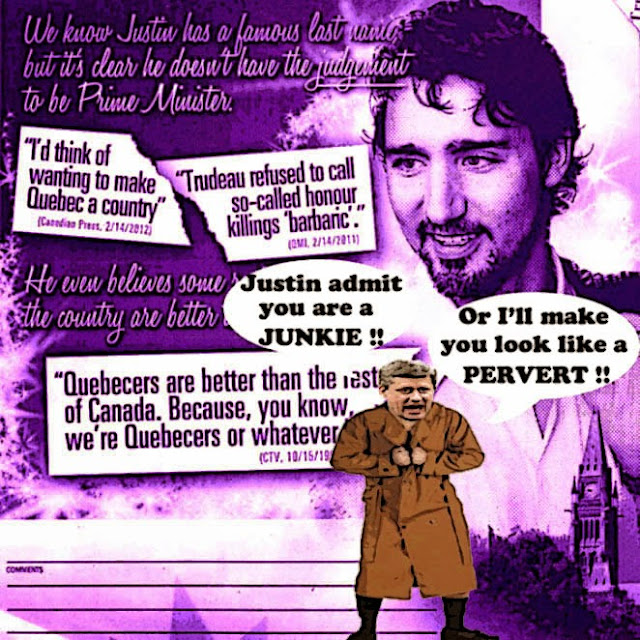 And they may be hoping that if he does launch attack ads against them, they would then be able to attack him even more viciously than they have to date.

But whatever their twisted reasoning, what all of this tells me is that the Cons are in full campaign mode. The next election may come sooner than most people imagine.

And that we better be ready, and have a full complement of attack ads in our arsenal, because they do work, and they may be needed before the battle is over.

Progressives have been far too soft on the Cons in the past. But we must not make the same mistake this time.

We shall learn from the past.

And use it against him... 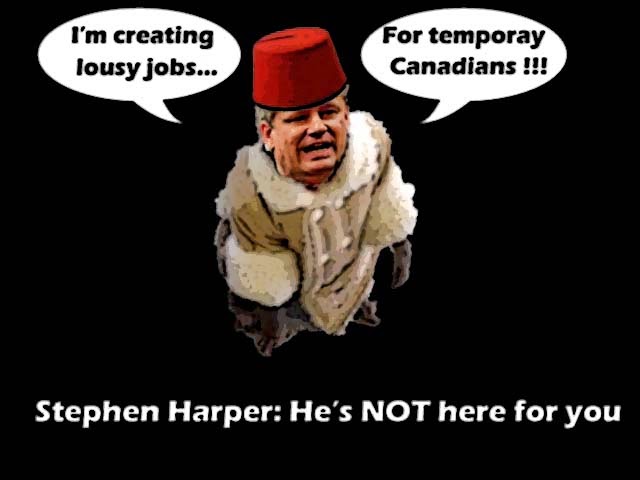 We (good guys progressives) have an advantage. We only have to tell the truth.

We need a survey. For example are you a Rob Ford Voter?

I'm pretty sure everyone knows? The Campbell/Clark BC Liberals work for Harper. Many of us are wondering about, Christ Clark doing a major suck up to the Chinese? I read there are 413,000 Chinese in Vancouver and 45,000 more want in. A lot of BC has been handed over to China, started way back in, Gordon Campbell's reign of terror.So, the Chinese will vote for Harper and donate.

Then, Harper will have the Jewish people voting for Harper and donating.

The Canadian Ukrainians will vote for Harper.

So will the people from Syria, vote for Harper.

We also are aware? Harper will use every dirty tactic in the book, to stay in office. He has much more destruction, to do to this country. Harper has Canada as, a cesspool of corruption. There is something, seriously wrong with Harper. Never have I ever seen people as devoid of, honor, decency, shame, ethics and morals, than Harper and his cabal.

Harper talking of criminals, thugs and pot, is laughable. Herr Harper and his henchmen, are the worst criminals and thugs, in the recorded history of this Nation.

Just a quick hello While I haven't commented much lately I always look forward to reading your work.

hi salamander...Thanks, I'm so glad you liked it. I'm always afraid that my natural desire to be playful, as I am at the beginning of the piece, might make people think I'm not serious.So I must admit I was a little worried about the post. But I'm feeling a lot better now... ;)

hi anon...well said. I do believe the truth will set us free, and I'm so happy to be a progressive...

hi Steve...You ask a lot of good questions in your post, I'm just not sure I want to hear the answers. I still can't believe that so many people still support him. But he'll be back soon, and we can continue the campaign to make people change their minds. Olivia Chow's campaign has been turning up the heat on Ford, so I'm feeling pretty optimistic that he will finally be defeated...

hi Kev...you have always supported and encouraged my scribblings so much, you don't have to mention that you haven't dropped by here recently. But since you are here now, I hope you are having a fabulous summer... :)

Harper is gonna hate this:

The first SHD.ca ad will air in primetime on CBC World Cup Coverage on July 1st! Check it out here:

I loved it! The new bumper sticker, "Stephen Harper, he's not here for you."

That sure is right. He isn't here for the majority of Canadians. Not the Veterans, murdered and missing First Nation's Women; not for environment, not for our healthcare system, not for a usable Armed Forces, not for jobs for Canadians. its more like he is there for wealthy two parent families for tax breaks, he is there for corporations with low taxes, he's there for embridge and all the other oil and gas companies. he is not there for a Canadian citizen sentenced to 7 yrs in jail in Egypt. Harper isn't here. He isn't anywhere except perhaps in his own weird world. Now if he'd just pack his bags and leave Ottawa and move to China.

His comments are most likely aimed at getting the party faithful to open their wallets so they can pay for attack ads against the Greens, Libs, and NDP. of course if the other parties start telling the truth about Harper and his herd, it isn't an attack ad, its telling the truth the MSM refused to do.

I'm happy to see some bashing on Harpers government. This guy is a complete disaster for the whole country. Their government programs are completely useless, while the constant attack on the middlle and low classes continues. We have to deal with serious problems right now. People can't even find a reasonably priced housing in our major cities. What is this? Our nation advances to be the most indebted nation in the world sooner or later, competing with our beloved neighbors and Japanese. Elderly peopleare not even allowed to retire properly, because of their debt. We have to do something about it in the next election...

*
The essence of Harper government is personal cruelty: Mallick
The hallmark of Stephen Harper’s Conservative government is that it takes everything personally.
By: Heather Mallick Columnist, Published on Tue Feb 11 2014

I'm thinking of getting some bumper stickers and labels made in time for next year's election: