The Harper Cons: The Scandal and the Incompetence 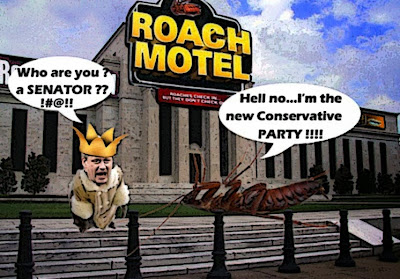 Well I see the Con Convention is over, and so are Stephen Harper's plans to reboot or revive his tired corrupt Con regime.

He did everything to please his rabid base. He promised them they could grope the rights of women, and preach that gay people should be murdered without being accused of discrimination. He turned the party into a CULT.

But even that depraved and scary cockroach gathering couldn't make that sordid old Senate scandal go away eh?

It just made it WORSE.

The man who holds the purse strings of the Conservative Party of Canada has publicly contradicted statements Nigel Wright’s lawyers made to the RCMP about the controversial payments to cover Mike Duffy’s expenses.

Gerstein told 3,000 delegates that he had refused to defray Duffy’s “disputed” bills — a notion that is odds with a claim in RCMP documents that the party was prepared to pay up to $32,000, but balked when informed the amount had reached $90,000.

Because now we don't know WHO to believe. Harper or Gerstein, or Ol' Duff and Pammy, or Nigel and the RCMP. Or all those other greasy grubbers in the PMO.

But what I do know is that if and when they all meet in court, my new and sensational Senategate show is going to be the hit of the season !!! 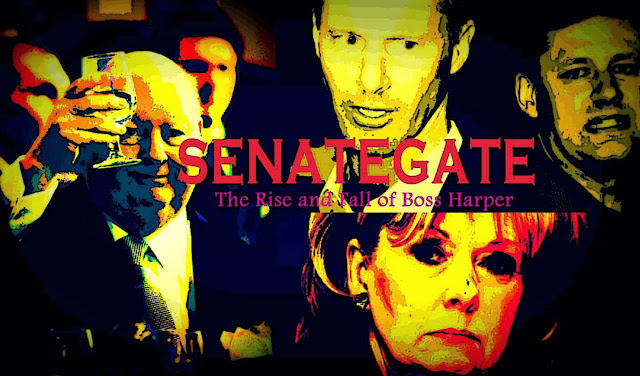 Now BIGGER than ever, with new characters added DAILY !!!!

And of course, that sordid scandal is bound to continue all the way to the next election, and grind the Cons up like hamburger meat.

Which no doubt explains why the old Con Gerry Nicholls is trying to find a pony in that heap of manure, by claiming that Canadians don't care about scandals, just competence.

This might sound scandalous, but Canadian voters, as a rule, are not all that scandalized by political scandals.Years of experience have taught them that politicians, regardless of their partisan stripes, will all too often fall off the moral high ground.

In short, they don’t believe any political party can really provide completely honest, open and accountable government. That’s why, all things being equal, voters typically will put a premium on competence.

But unfortunately for him and Harper, the Cons aren't just scandalous, they're scandalously INCOMPETENT.

Because remember the Canada Jobs Grant? The centrepiece of Jimbo Flaherty's so-called budget. The one that was supposed to address Canada's so called " job skills crisis."

The one Lil' Jimbo was squawking about so loudly... 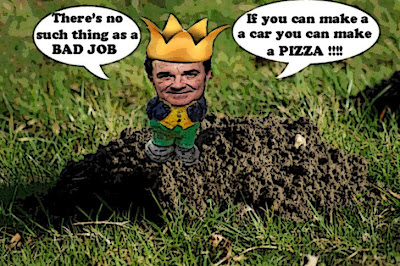 Well just like Jimbo on his mole hill, it's going downhill in a hurry.

It started unravelling within weekend of its announcement. One by one the provinces opted out, accusing Ottawa of wresting back the training funds it agreed to give them six years ago. Then small business leaders piped up, saying they couldn’t afford to participate in the shared-cost program. Then a few senior corporate executives expressed doubts that the unilateral policy would work.

First everybody took a pass, then it turned out there wasn't a jobs skills crisis.

Initially, the government fought back, denouncing its critics as parochial and short-sighted. But it was undercut in August when a prominent economist, known for his integrity, said he couldn’t find a shred of evidence of a serious mismatch between skills and jobs.

And today when I went to the Porky Action Plan website and looked up these ads...

Remember? The ones that cost millions and millions of OUR dollars to produce. 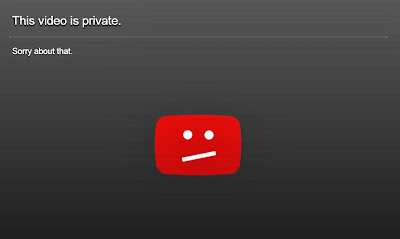 Can you believe it? We paid for them and the ads are PRIVATE ?????

But doesn't that image say EVERYTHING about the Con regime? Especially the way the tongue is hanging out.

And it does makes me wonder about that quote in Nicholls' article:

As American political consultant, Arthur Finkelstein, once bluntly put it, “When you allow people to choose between the corrupt and the stupid, they will go for the corrupt.”

Because isn't old Gerry worried that the Con vote might be split? With half the Harperite cult voting for the corrupt, and the other half for the stupid?

Oh well, at least we progressives don't have to worry about that problem. We know a bunch of dumb Con artists when we see them.

And we are going to use the Senate scandal AND their incompetence to absolutely DESTROY them in the next election.

I mean even I would play Great Ugly Leader in THAT attack ad eh? If I didn't have to scream like a maniac and bite MYSELF !!!

Which reminds me....what WILL we say when despite everything, and after the police investigation, and his day in court with Nigel and Ol' Duff and all those other Cons. And the harsh sentence. 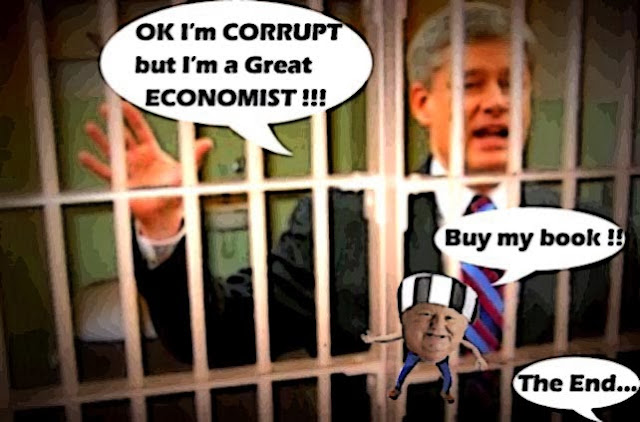 Hmmm...I know what I'm going to tell him eh?

We have included your post in our 'Around the Blogs' section at Looniepolitics.com

The whole thing about the skill shortage was simply a plan to be able to bring overseas workers into Canada and pay them less. it would have driven wages even lower. Unemployment is still high in Canada. The press releases which state whatever the government considers they can get away with, do not give accurate statistics. They don't count those who have been unemployed for more than a year. They don't count those who are under employed. If the unemployment rate was as low as the government claims it to be why are so many people going to the food banks? Why did so many people come to the thanksgiving dinners various charities provided? Why is homelessness increasing?

it would be fun to watch some of these cons go to jail but somehow I doubt any of them ever will. By "suspending" the 3 senators, Harper may believe they will not have the resources to continue to fight nor have a platform. He forgot, if these 3 senators don't have an income, they may go find one. The best and fastest would be book deals. These 3 senators have nothing left to loose. It will be fun to watch them hit the interview circuit.

Harper knew when he annointed the 3 senators they did not live full time in the areas they were to represent. That meant they were fraudulently annointed, well in my humble opinion. From there it was all down hill. It would just be so nice to know what Nigel Wright is telling the RCMP.