The Robocall Scandal: Is the Con Story Falling Apart? 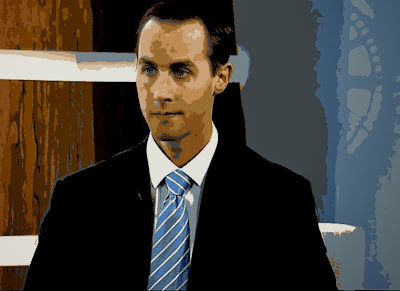 He is the only one charged in the Robo Con scandal.

Michael Sona, the former Con staffer who claims he is being set-up to conceal a much larger conspiracy.

A couple of days ago we finally found out the names of six Conservative Party workers, who the PMO has brought forward to claim that Sona told them he did it.

A publication ban has been lifted on the names of six witnesses who allegedly said then Conservative Party staffer Michael Sona bragged to them about arranging a misleading robocall in Canada's 2011 federal election.

Today we found out that at the time some of those witnesses claim that Sona was bragging about his exploits, he was apparently sunning himself on a beach in the Caribbean.

At the same time as some Conservative party staffers allege meeting with Michael Sona and reporting that he told them of his involvement in the robocalls controversy in the riding of Guelph, travel records show that Sona was vacationing on the island of Aruba.

Some of the most damaging testimony, according to a sworn statement by Elections Canada investigator Allan Mathews, comes from Rebecca Dockstaeder, who worked for CPC MP Chris Warkentin.

According to the Mathews document, Sona allegedly came by her office and that of another Warkentin staffer, John Schudlo, and boasted of his robocalls work “a week to 10 days” after the May 2, 2011 election. That would mean between May 9 and May 12. However travel records show that Sona flew on US Airways to Aruba, in the Caribbean, on May 7 and only returned late on May 14th, a Saturday. He was not back in his office – he worked on communications for Tory MP Rob Moore – until May 16, the Monday 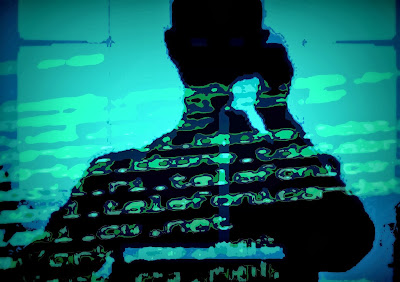 Dockstaeder claimed Sona told her and Schudlo that he obtained a list of phone numbers of Liberal voters and recorded a message impersonating Elections Canada. She claimed that Sona spoke of “buying a ‘burn phone’ with cash and that he said he had bought a Visa card with cash so that it could not be traced as with a usual Visa card.” Sona closed their office door, the ITO says, and “he then went on to describe to us what sounded very very similar to the story that we’d been hearing about these robo calls.”

A story Sona  has always called a cover-up.

Sona has denied the charge against him and has told reporters he is being framed and set up as the fall guy for an attempted vote–rigging operation by the Conservatives that, he says, went far beyond the riding of Guelph.

And who was tonight retweeting tweets like this one:

But not saying anything himself.

Which at the end of the day leaves me asking the following questions:

Why did Dockstaeder meet with Fred Delorey, the then head of Con MEDIA relations before she met with the election Canada investigators? What was Arthur Hamilton the PMO lawyer doing procuring the witnesses and then sitting with them when they answered questions?

Why did Jenni Byrne, the Con pitbull delay the investigation?

One of Prime Minister Stephen Harper‘s top advisers instructed a potential key witness in the robocalls investigation to delay an interview with an Elections Canada investigator until she could obtain legal advice.

Jenni Byrne, who was the Conservatives’ national campaign manager during the 2011 election, emailed Guelph campaign worker Andrew Prescott on Nov. 30, 2011, to ask him not to talk to an investigator looking into the “Pierre Poutine” robocall until she had a chance to talk to the party’s lawyer.

And with all those PMO sharks splashing around frantically in their chummy pool, does Dockstaeder really expect us to believe that the robocall scandal was just the work of a rogue operator or a juvenile competition?

Sona was motivated by a desire to get back at the Liberal party, she told investigators. “I guess there had been some kind of juvenile competition between, you know, the campaign staff of the Liberal Party and the Conservatives,” the ITO says she explained.

And of course, how could this happen?

Elections Canada has heard complaints of dirty tricks in the 2011 election from over 200 ridings. Many of the grievances don’t amount to much, sources say, but a substantial number are thought to be of a serious nature. A source with knowledge of the Elections Canada probe said investigators are handicapped because they are being blocked from gaining access to Conservative party records.

Why are the Cons refusing to cooperate with the investigation, or still dragging their heels like they have from the moment the scandal was revealed?

And what it tells me is that whatever the truth in this sordid matter, what we're dealing with here is no juvenile competition. It has all the trappings or the stench of a massive conspiracy.

And it is a scandal that when added to all the others can only make Canadians distrust Stephen Harper even more than they do now.

And as I've pointed out before, help make this question the main issue in the next election... 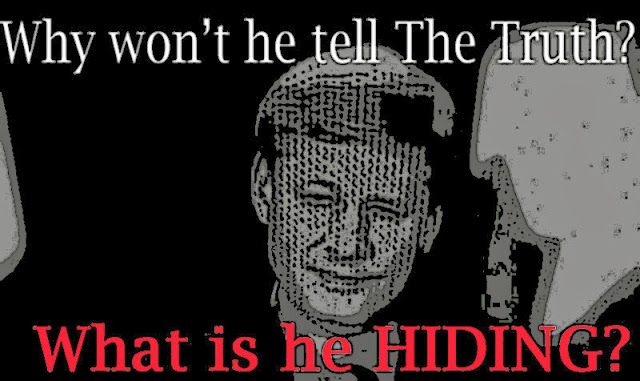 The one that I am convinced will eventually bring down the Con regime.

And the other good  news? When the robocall case goes to trial next June it's going to be REALLY ugly.

Or judging by this song that Sona dedicated in a tweet to his Con accusers.

Golly. I have to admit that Con music is definitely not my kind of music eh?

In fact, it's one of the worst videos I've ever seen.

But it is scary, and considering how scared Stephen Harper must be of yet another sordid scandal.

And how much damage it might do to him.

The party lawyer was able to arrange for interviews of the government-employed political staffers to whom Sona allegedly spoke of his crimes, but was unsuccessful in whatever attempts he might have made to assist the investigator in obtaining interviews of Morgan, Rougier and Blanchette, all of whom, because of direct involvement with either the Guelph campaign or the CIMS, would seem to have closer connection than the young available staffers to the business being investigated.

At this point we don’t even know whether an attempt was made to interview Rougier, who apparently worked directly for Byrne and was responsible for the CIMS. And Prescott, after having been asked by the party to delay speaking with investigators, only spoke with them briefly in a telephone conference, to which Arthur Hamilton was a party, prior to cancelling a more thorough interview on the advice of his attorney.

Is this the full co-operation to which the Prime Minister has referred in the House of Commons?

Upp, that is the con version of full cooperation. it isn't going to get better. will it ever go to trial? not so much. will harper go somewhere else? perhaps if some lovely large corp offers him a job with a very large salary. if not, we have what we voted for, now we can live with it. next tine /canadians need to go and vote.

dOUR DemoCRAZY: Canadians? – The most exciting, perverted, peoples on this planet. Duplicitous, ‘couldn’t care less’, government clearly preferring ‘no paper trail’ and ‘JUDGEMENT’ without ‘DUE-PROCESS’ – a disgrace to Common’s decency and Senate paper trails. Your governmental exhibits DENIAL of basic ‘human rights’ - nothing but OUTRAGEOUS - indicative of villainy. Your subversion of the Senate Audit deserving deepest repugnancy and your abhorrent ‘Iron Laddie’ who will not TESTIFY UNDER OATH - must be offered to the museum of lost souls: Your government of infamous, disgraceful deceits, far outstripping diminutive ‘Sponsorship Scandals’. Your government of the 2011 Fraudulent Electoral RoboCalls disrupting the fundamental voting process - linked to Pierre Poutine and thus to Jenni Byrne of PMO fame. DISGUSTING: Of the six Conservative Staffers who provided evidence of fraud; three worked for Conservative MPs; two worked for Prime Minister Stephen Harper's former communications director, Sen. Carolyn Stewart-Olsen; and one had worked in the Prime Minister's Office. Elections Canada has now called on the Harper government to give investigators the power to ‘compel’ testimony (a circular process, no doubt) and as previously indicated, Elections Canada had received reports of fraudulent or misleading calls in 247 of Canada's 308 ridings, encompassing all ten provinces and, at least, one territory. Arthur Hamilton (Conservative Party Lawyer) attended the RoboCalls interviews ‘uninvited’ and was further involved in the Senate scandal. Not satisfied with these disgusting, deceptive train wrecks, the Harper government is preparing other scandals for the 2015 Election: Peoples of Canada - It is fiscally irresponsible to ‘Sell and Sacrifice’ ‘Assets and Services’ to cynically distort the budget. It appears the cowardly ‘Iron Laddie’ surveys our SLEEPING REALM and contemptuously whispers the MAXIM: Ignorance is bliss, Pig-Ignorance Ecstasy. His Memorial Brass will read ‘Hail Iron Laddie - Pontificate Forever 2015’, at its BASE, ‘Made in China’; ‘Due-Process, Fair Play and Rule of Law’, Rob Ford for Prime Minister. TIME TO BE SICK – WAIT UP.

hi John...As the judge in that other robocall case clearly pointed out in his ruling, the Harperites and Arthur Hamilton have done nothing but try to obstruct the investigation and he trial in every way possible.
And of course the case of Andrew Prescott demands closer scrutiny. For he was the IT guy at the local hospital, he had access to CIMS and a RackNine account, and if you remember he also used the same computer Pierre Poutine used five minutes after he signed off. The larger problem seems to be that Elections Canada doesn't have the power, or the expertise, or the people to conduct a proper investigation. What we need is a poice investigation of a full public inquiry. Still, having six Con witnesses being grilled and having to make sure they don't contradict each other, or stray from the party line, could be interesting. And I'm hoping that sooner or later some Con operative will squeal and spill the real story. In the meantime, as I said in this post, we can still use the unanswered questions to do some real damage to the Con brand...

hi e.a.f... I don't know how far this investigation will go as long as the Cons refuse to cooperate. But as I told John, when people feel that they aren't getting the truth, their imagination can be more deadly to a political formation than the facts themselves. As for Harper, I don't doubt he will get a job with Big Oil in Calgary as soon as his term is over, unless he is jailed. Or failing that, a job with the Manning Foundation or some other ghastly Con think tank. But one thing is for sure, by the time he leaves most Canadians will want to see as little as possible of him. So he shall fade into well deserved obscurity, leaving only a bad memory behind...