How the Coalition Came Back to Haunt Stephen Harper 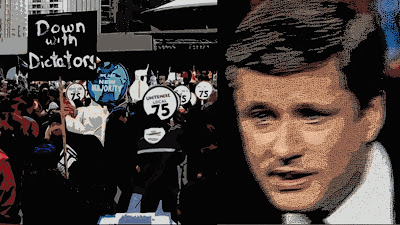 The Great Canadian Coalition was threatening to remove him from power. And the people were in the streets.

He was scared, he was desperate. But in the end he survived. The Governor General gave him what he wanted. He was able to kill the idea of a coalition by making it sound like a separatist plot to take over Canada.

But now all these years later, it has come back to haunt him.

Because this was certainly a fateful day.

December 22, 2008 — it’s a day that Prime Minister Stephen Harper might like to forget. It was on that day that Harper filled a whopping 18 Senate vacancies with partisan Conservative appointments.

The list of “distinguished Canadians” appointed by Harper to the Upper Chamber that day included senators Mike Duffy, Patrick Brazeau and Pamela Wallin.

And as Aaron Wherry reminds us, it probably never would have happened if Harper hadn't been so scared and desperate to try to block the coalition.

“Our government will continue to push for a more democratic, accountable and effective Senate,” said the Prime Minister. “If Senate vacancies are to be filled, however, they should be filled by the government that Canadians elected rather than by a coalition that no one voted for.”

Only to end up getting clubbed like a seal by his own blunt instrument.

It’s possible that the coalition was less a cause of the appointments than an excuse to make them. And possibly Mr. Harper was going to have to appoint senators at some point anyway (he’d hinted at such a possibility in October 2008). But December 22, 2008 does now seem like the plot point of a bad political thriller.

Eaten alive by his own little very large monsters.

Sen. Mike Duffy is staying in his secluded Prince Edward Island cottage as controversy surrounding improper expense claims continues to grow. Duffy did not answer the door at 10 Friendly Lane. Instead, a call from inside the Cavendish cottage summoned the RCMP to remove journalists from the property.

While the RCMP decides whether to protect them, or arrest them.

And the corrupt Con regime slowly implodes under the weight of sordid scandal.

Gosh. Suddenly things seem so bright. Almost like they did during those heady coalition days. When Harper was so scared. 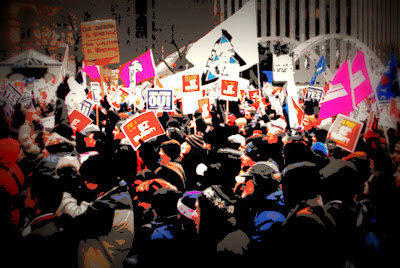 For I will never forget the wonderful sight of all those progressives joining forces to fight the tyrant. Red, orange, green, young and old, in the streets together. How it inspired me.

Or how bitterly disappointed I was by the way it ended... 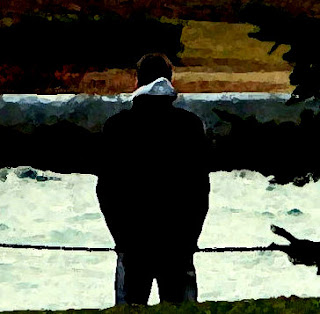 But I now I realize it really didn't eh?

I should have known that something good would come from something so noble.

And so it has. Isn't history amazing?

The tyrant has been fatefully wounded by a blast from the past.

He's twisting in the wind.

And the Great Canadian Coalition has come back to haunt him... 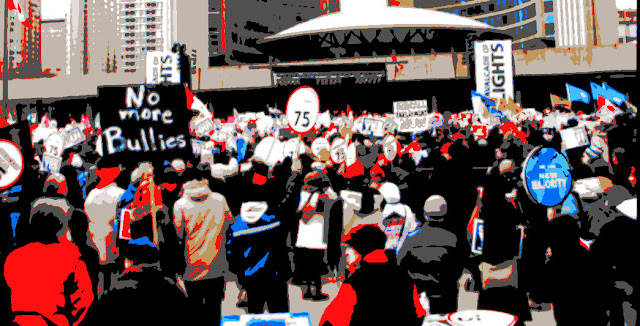 Grade 5 pupils at École des Voyageurs in Orléans (eastern Ottawa) have accused Harper's attack ads of bullying Justin Trudeau, something they have been taught is wrong: http://news.nationalpost.com/2013/05/17/stop-being-mean-to-justin-trudeau/

To put it mildly, I'm no great Trudeau fan, but the machist, heteronormative attacks on any man who is not some kind of brute are deeply wrong.

In reply to Lagatta : Now just why would a "normal, healthy, hetero" male have such an obsessive fascination with a big, strapping, good-looking virile young guy like Justin unless that aforementioned n.h.m. had a bit of the "rump ranger" predilections and secret cravings that he is so desperately trying to overcompensate for? "Methinks he doth protest too much" or some such godrotting drivel, ay what? Cheers

I have met Justin many times at community events as I live a couple of blocks south of his riding and am very involved in a community association there, where I used to live. He is certainly an attractive man, fairly young, though I think he has hit 40, in good shape, but I wouldn't call him either "big" or "strapping". He is more a lean-muscled guy, like a runner.

Though I agree, this obsession reflects more on those who obsess.

And obviously, politically, I prefer my own MP, Alexandre Boulerice of the NDP. As a dirty (somewhat older) lady - though not old enough to be his mum, and several years younger than Margaret Trudeau - I can say he's not to hard on the eyes either!

But I want gay and lesbian friends to be able to make harmless jokes like that, and also for straight men to be able to appreciate another man's beauty. What is it with you guys?

hi Cathie...thank you. It sure brought back some fond memories as I rummaged through my archives and remembered what happened. And of course some bad memories too. Stephen Harper's behaviour during that crisis should have disqualified him from ever holding office again, but sadly it didn't. So four years later we're still dealing with the tragic consequences. Oh well. Maybe now more Canadians will finally realize what kind of people they are. And punish them in the next election...

hi lagatta...thanks for the link, it's a real cute story. If I were the Liberals I'd try to get those kids on camera. Because I might not vote for Justin, but I sure hate bullies. And a Prime Minister who would question the masculinity of his opponents is beneath contempt, and clearly unfit to lead us...

Ok you guys I'm staying out of this one. All I can say is that Sébastien says I'm prettier than Justin, and I agree with him... ;)

Thanks for this, Simon. I have never really forgiven the otherwise admirable Michaelle Jean for caving to Mr. SHarper. Most un-Haitian of her. Your perspective from present time is very encouraging for an old dude who fears he may die with that faceless, cynical despot still in power.