Is Canada a Country That Hates Its Young? 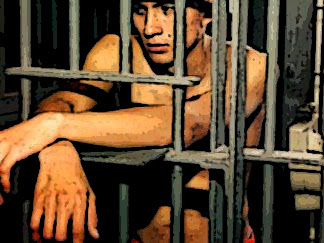 You don't think because we're a country where a lot of people want to put more young Canadians in prison, and keep them there longer. For "crimes" like smoking marijuana.

A country where native teens are still disappearing or dying far from their homes.

Wabasse, 15, is one of seven native teens to have disappeared from the Thunder Bay area since 2000. All had come from remote northern reserves to attend high school because there was no suitable school for them back home.

A country where a mentally disturbed teenager was treated like an animal. Until she killed herself, while her guards watched and did nothing.

Known as a teenager who did not follow prison rules, and who participated in numerous self-injurious behaviours for attention, Smith was kept for most of her time in federal custody restrained in a segregated cell.

According to a number of psychiatric reports, Smith most likely suffered from mental issues but never received the adequate treatment while incarcerated.

A country where anti-gay bullying in our schools is out of control.

A country that shrugged its shoulders while a Canadian child soldier was tortured in Guantanamo.

A country that mocked the NDP's new MPs for the "crime" of being young. A country where the youth unemployment rate is twice the national average, and nobody gives a damn.

You don't think all of the above might  explain why we never see videos on TV like this one from Ireland?


Are we a country that hates its young people? Have the boomers and older Canadians lost faith in the future? Is demography destiny?

I hope not eh?

But sometimes I wonder...

It is why I consider myself a fiscal conservative - social liberal.

The only way to break the cycle of poverty is to improve the life of the child. Educate, protect and care. Unlike the "So-called right" in this country, I dont subscribe to the idea that you develop spine by fending for yourself. I recognize that there are limits that cannot be overcome if one starts off in poverty.

I also recognize that the most costly intervention is Jail at 16,18,21 - the number doesn't matter, the end result does. Of course I don't believe in for-profit jails, and I also don't believe that the private sector is the most effective mechanism in all cases. As Ralph Klein would whine, "must be a communist..."

Don't let the right frame the debate. In reality the debate always comes down to how much loot are we willing to allow the multinationals to extract without compensation...

Thank you for posting this video. Altho a dramatization, it is still heartbreaking and rage-inducing. It, and other messages like it, should be required content on the nightly news until people wake the fuck up. Until we can protect the children from the real monsters and end their existence in poverty we can't call ourselves civilised or take pride in our nation. They ARE the future.

hi BemusedLurker...I agree with everything you say. I don't understand why so many Canadians don't understand that the best way to assure a better future for all of us is to invest in a nation's young.
So many social problems are caused by poverty, if we can head them off we can not only save so many lives, we can save ourselves a lot of money trying to fix the problem after the fact.
It's just like medicare, if we can invest in preventing premature illness we could also strengthen the system and again save a lot of money...
As for your last point...I'm still freeling from the fact that apparently Alberta makes more from its casinos than it does from its oil fields.
Talk about selling off your heritage for a pittance...

hi anothermous...Yes it was a powerful ad wasn't it? Bullying is laways bad whether it happend to children or seniors or whoever.
But children are particularly vulnerable and must be protected from abuse and violence.
I'm sorry to say we don't do enough to fight those problems in Canada, and that's got to change...

You would never see something like that here, either.

Sometimes I hate my country.

I'm disappointed to read this post as I'd always thought Canadians were more enlightened and progressive in general. We could all stand to learn a great deal from the Scandinavians (in particular the Swedes, who outlawed corporal punishment in 1979).

That video brought tears to my eyes.