David Akin And the Naked Bias Of The Con Media 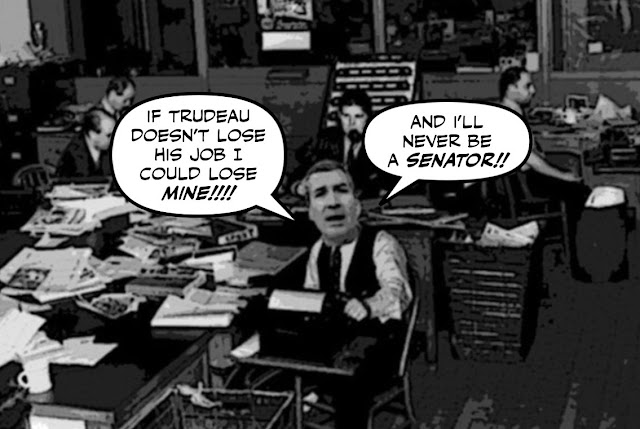 I have never had much respect for David Akin, Global News' Chief political correspondent.

Not since he worked at Sun TV News, where Ezra Levant also worked, and first looked like a Con desperately seeking a Senate seat.

But recently his Con bias has escalated out of control, to a point that two weeks ago he actually had the nerve to tell Justin Trudeau that he should resign.

"The prime minister job was not created so you could work through your issues, maybe its time that you realize you're not the indispensable man as the leader of the liberal party?" pic.twitter.com/dkrmaifXX6
— Cosmin Dzsurdzsa (@cosminDZS) September 19, 2019


I don't know how the decent Trudeau was able to restrain himself, but what I do know is that the arrogant Akin hadn't finished shilling for the Cons.

For two days ago he tweeted this blatant appeal to young progressives not to vote for the Liberals.

Paging young Canadian progressive voters: it is not a binary choice as Liberals woukd like unto believe. This ain’t America. You’ve got lots of choices on the ballot in most ridings. Take some time and learn about them. Then choose. https://t.co/dBsNy7kOld
— David Akin 🇨🇦 (@davidakin) October 6, 2019


Which earned him this righteous rebuke from Bob Rae:

And this blast from me:

But despite that and much more criticism, the arrogant Akin refused to concede he was behaving like a Con stooge.

Which was so outrageous I was forced to dig into my extensive file on Con collaborators, and fire off this one in his general direction: 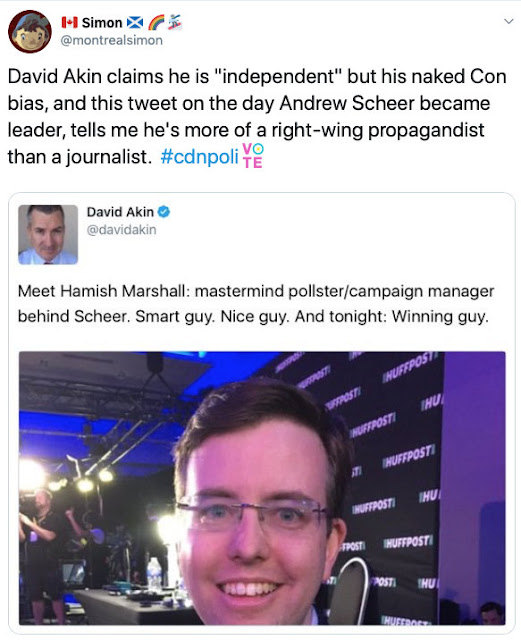 For anyone who thinks that the grubby Hamish is a nice guy, is either a far right supporter, or at the very least lacking a moral compass.

The Liberals are starting to pull ahead in the polls, but it's still a tight race... 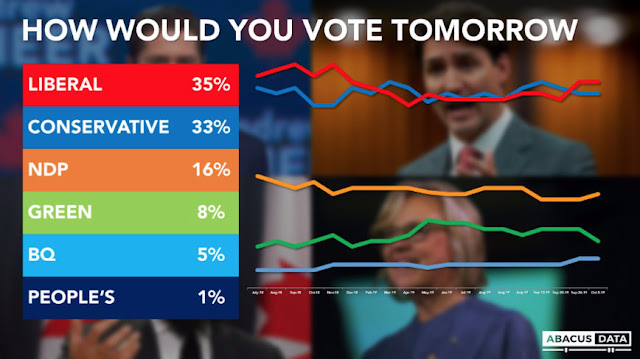 The Cons know that the only way they can win is by getting progressives to split the vote.

And our challenge is to make sure that doesn't happen, so we can keep the Cons out of power.

And as a bonus, keep the Con stooge David Akin out of the Senate... 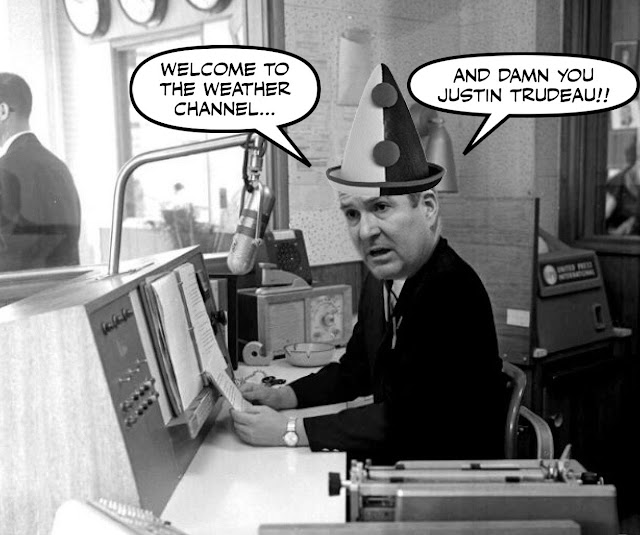 Even Eric Grenier admitted that the debates would likely be a game-changer, so if weak Andy performs as poorly at tonight's English debate as he did at MacLame's and TVA, it's one two three strikes and he's out. Akin and the rest of the Con media stooges can bleat all they want, but even Don Martin started reading the tea leaves last week, and knows this is Andy's last chance. And, for that matter, his own, considering the likelihood he shares the same interests as Akin in joining the Imperial Senate.

The lack of a school strike in Ontario might have put a feather in their cap, but the damage is done. Ford is still a lemon on a demolition derby and a lot of people are done kicking the tires. They won't buy American from Yankee Doody Andy and the other crook from the Used Car Party.

Like you said Simon, those numbers are encouraging, but now is not the time to be complacent. Still, it's good to see that Dizzy Lizzy's Composter Cons are finally starting to collapse, and if the best we can hope for is a Liberal-NDP minority à la 1972, I'll take it. That's what Quito Maggi of Mainstreet is hinting at and it's fine by me. 1972 led to 1974 and 1980...

Liberal/Bloc, on the other hand, could be... interesting? The most Quebec-centric government since 1993, albeit a coalition between the separatists and Trudeau Jr.! How would Alberta feel, asks Mr. Maggi? At this point, who cares. Let the drillbilly bastards mangent de la merde in the dark.

As for me, I'm avoiding social media for the next two weeks, because my health can't take it anymore. I'll get my Canada news from here. I can't vote in your country, so all I can do is hold out hope for the best. Good luck to Justin at the debates, and on October 21. That's right smack between my brother and mother's birthdays, so just like when I blew out the candles on my own cake sending good wishes after the Dion report, I'm sure they'll send good will up your way too. Hopefully what would have been Pierre's centennial brings a miracle for his son.

Hi Jackie....I took a couple of days off to prepare for the last two weeks, so I can understand how you must feel. Thanks to the Cons and their media stooges this has been the ugliest election campaign I have ever known. But we must let ourselves be dragged into the swamp where the Cons would like us to be. Decency is our most powerful weapon, and if it isn't enough to power us to victory, then this country is too corrupted to save, and will deserve what it gets...

I can't even with The Buffalo Chronicle hit piece on Trudeau conveniently dropped just before the debate. Even Darth Kinsella says it's fake news.

If Trudeau loses the election, I hope he sues the fuckers.

Canadaland reported on The Buffalo Chronicle last March, shortly after they commenced their smear campaign against Trudeau.

Son of a bitch. Tell me it's only circulating in the RW echo chamber and nobody in the Con media actually reported on it.

If he and/or Butts don't hire lawyers someone tell them there's an "American citizen" waiting here and willing to contract out like Arya Stark.

Actually, he might not -- May just implied that her internal polling seems to indicate the LPC have an edge.

Fortunately, I don't see anything about Buffalo Chronicle on any of the MSM people's twitter feeds. Right now everyone is talking about what a WWE shitshow the debate apparently was. Disaster. Everyone seems to agree that Rosie Barton won, lol.

I don't know what has happened to the media in this country. Where did they get the idea that reporting the news isn't good enough, and that they can show their biases openly? And why are they allowed to get away with it? We are going to end up with a palooka media that sells itself to the highest bidder, which in this country means the oil industry.

That debate was a vomitorium if there ever was one. You're right Simon, the Con media knows Scheer is shit. So their only hope is to fluff Singh, who has turned out to be a self-serving opportunist and toxic Trudeau hater tag-teaming with the Cons for political gain.

But so far at least, our man in Ottawa is still alive!

Hi Janice...The way the Cons have tried to smear Justin Trudeau is absolutely disgusting. I can only imagine the sleazy Con perverts working away trying to think up new ways to boost their absurd attack ad line that Trudeau is "not as advertised." I don't know why more Canadians aren't as outraged as I am. But I can only thank my decent parents for teaching me the difference between good and evil....

Hi anon....Once the campaign is over I hope that Canadians ask some very hard questions about the way the media behaved and its obvious bias. For they did behave in an abominable manner, they violated their journalistic code, and they did betray the Canadian people...

Hi Jackie....I actually had a headache by the time the debate was over, so I can't imagine that too many Canadians stuck around until the end. And yes, Jagmeet Singh is proving to be a big disappointment...