Justin Trudeau and the Pornography of the Cons 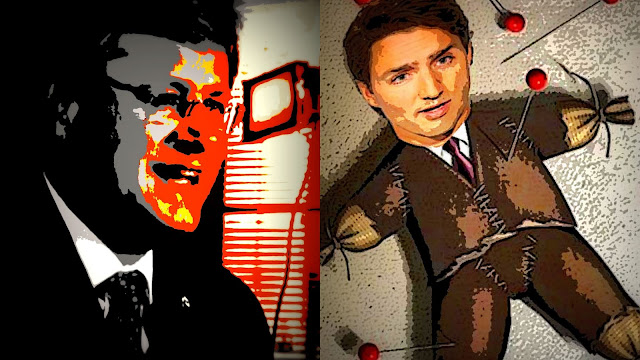 Ever since Justin Trudeau became Liberal leader the grubby Cons have been trying to smear him in the most vile manner.

Stephen Harper did his best to debase him by claiming "he was not ready" over and over again.

But it's the ugly American Andrew Scheer who is responsible for the dirtiest political campaign this country has ever known. 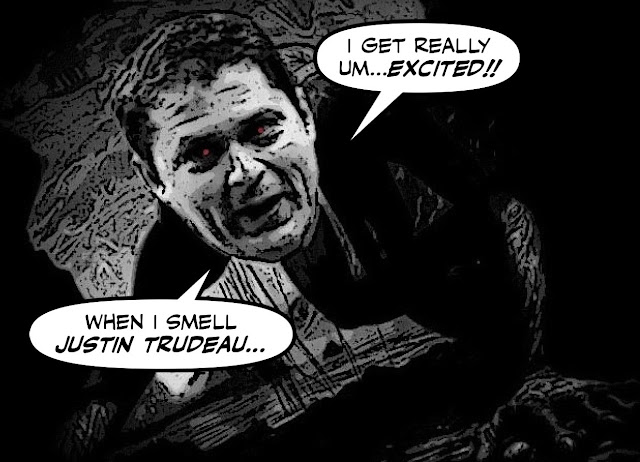 For this can only be described as political pornography.

Social media was ablaze all weekend with talk of a bombshell story about a sex scandal involving Liberal Leader Justin Trudeau. The only problem: there wasn’t one.

For the better part of four days, wild and baseless allegations of sexual impropriety by Trudeau during his time as a teacher at a Vancouver private school ricocheted from smart phone screens to computer monitors across the country.

For after having fluffed up their revolting base, Scheer's grubby Cons then took it a step further.

Then on Monday, with fake news sites pumping out the story and a nationally-televised leaders debate only hours away, the Conservative Party of Canada took an unfounded rumour and put their name on it, issuing a press release that asked the question: Why did Trudeau leave West Point Grey?

As only those political perverts could.

Asked why the Conservatives put out the release, spokesperson Simon Jefferies referred to comments leader Andrew Scheer made on Tuesday, when he said: “Like on the SNC-Lavalin scandal, (Trudeau’s) story has changed multiple times and we believe he might have used that opportunity to come clean with Canadians.”

As if the filthy Schmearmonger could ask anybody else to come clean... 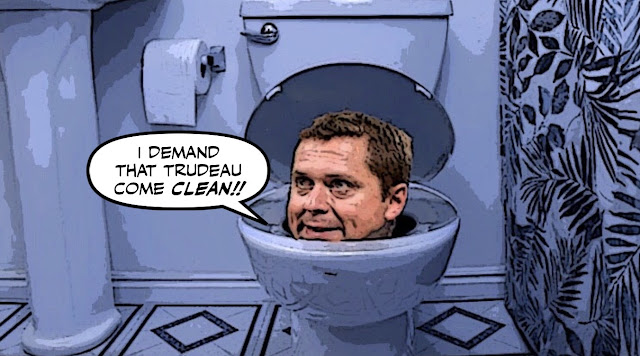 When he spends so much time with his head in a toilet bowl.

And then there was the role played by the Globe in this manufactured scandal.

That work of journalistic verification came out into the open on Friday, when Marieke Walsh, a reporter with the Globe and Mail, asked Trudeau about the rumour at a breakfast campaign stop in Quebec City.

Which was absolutely disgraceful, and was quickly picked up by the grotesque toxic Trudeau hater Warren Kinsella.

“What does the Globe know?” tweeted Warren Kinsella, a Sun News columnist and former Liberal party insider, to his more than 41,000 followers.

Kinsella’s tweets — “My Spidey sense is tingling” — set off wild speculation that the scandal would be in the Saturday edition of the Globe. But it was not to be.

And then further amplified by the creamy bigot Ezra Levant... 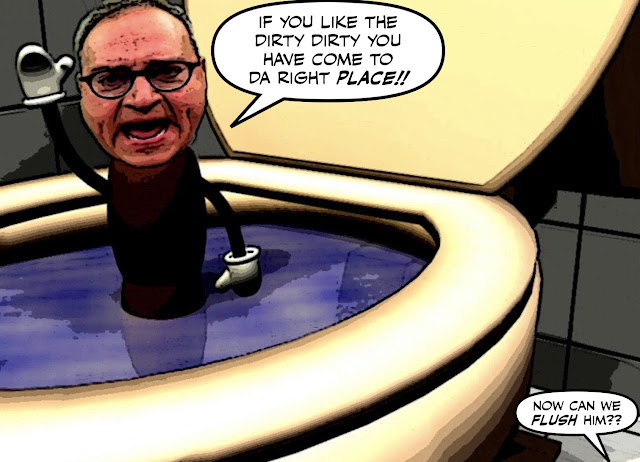 “Huge sex scandal brewing for Justin Trudeau. If proven, even his own party will call for his removal,” Levant tweeted to his almost 200,000 followers.

I don't know why they do it, why they seem to have no shame.

But what I do know though, is that my decent parents raised me to be better than them.

And that I can't wait for this real Canadian leader to defeat the ugly American Schmearmonger... 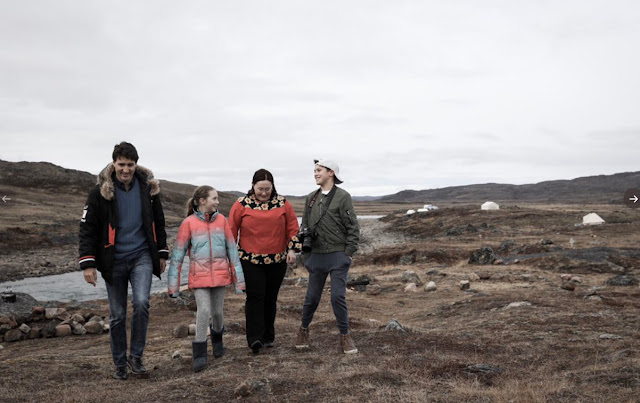 Why do they say he left mid semester? All reports I have seen say June 2001. Is that not the end of the year? It is for 2020 at west point grey.

Operation Nystrom all over again. Stay tuned for another conveniently timed (just before the debate) "announcement" based on more fake news and guilt by association from Candice Malcolm. Oh noes, a student had a crush on Justin. If random people having a crush on someone equated to sexual activity with them, Justin Trudeau would be the Wilt Chamberlain of King Solomons. Except, he's not, and the busiest man after October 22 is going to be Julian Porter handling a shitload of lawsuits against a shitload of shit people. This is just more perverse, Trumpian deflection and character assassination from the party of incels and ugly middle-aged white men who couldn't score a date with Rosy Palms if they had a million dollars in their other hand.

Because they're manufacturing bullshit and are morons who can't read a calendar.

No truer words. Skids, to a person.

OT but bizarre: Holy shit, this election is going to be a train wreck! I just ran the latest Mainstreet numbers through the seat projection simulator at Too Close to Call and got the following:

Something tells me the 44th Parliament is going to be a total waste. A Westminster dog show if you will. Not that Peter MacKay (have you heard the latest about Peter MacKay?) would do any better cleaning up after Andy's done Schmearing his shit all over the HoC.

The question is would Justin and YFB get along in tandem as fellow Quebecers despite their obvious irreconcilable differences (think Pierre alongside Rene Levesque, sign of the apocalypse if there ever was one)? Or would he have to risk trusting Dizzy Lizzy and Jughead to hold down the progressive fort?

Or... would the separatists put an asterisk on Law 21 to team up with the Opus Dei/Rebel Media candidate (the Western Duplessis) simply because of his provincialism, and duke it out with the Red-Orange-Green Karma Chameleon team?

These people should not be allowed to waste oxygen.

Actually, I thought Scheer's non-response to the lady with MS was even more damning. I don't know anyone who thinks Justin has wandering hands. If it were true, it would have come out when his provincial counterpart, Gerry Sklavounos, was damned for such misbehaviour.

All the other candidates were firm in their support of the right to die.

Another zinger from Scheer:

Scheer said as a father of five children, he wants to leave behind a cleaner planet, mainly by funding technological advances in greener energy.

A father of five children in a wealthy country is leaving a HUGE carbon footprint, much larger than parents of 10 in poorer countries. Vasectomies exist, Andy.

Chantal Hébert sums up why I hate the NDP. Besides their constant lying and Con-style personal attacks on Trudeau. They'll do anything for a taste of power and then absolve themselves of any responsibility for the results.

If they don't put country above party and strategically cluster in the next 10 days, "progressives" are going to be responsible for another Trump. "But electoral reform" will be the next "but her emails."

Babies in cages is a helluva way to vote your "conscience."

Hi anon....That whole school "scandal" is just a crass attempt to smear Trudeau, and I'm pretty sure the work of the Republican dirty trickster working for Scheer and Harper. If our media wasn't so mediocre and so biased this would have become clear right from the start. The media have disgraced themselves, they have compromised our democracy, and for that they can never be forgiven...

Hi lagatta....Scheer is such a far right Catholic extremist that the idea of any kind of birth control, apart from the rhythm method, is out of the question. And since Scheer also believes that the fate of the planet is in the hands of his Godzilla he couldn't give a damn about his carbon footprint...

Hi Jackie...Thank goodness there was no announcement before the debate, and it was obviously just an attempt to put Trudeau off. And yes, as I've said before, thiat whole campaign is the most disgusting thing I have ever witnessed. I believe its main goal is to suppress the vote as the Cons are always trying to do here and in the U.S. But from what I'm seeing from the advance voting numbers, that's not working. And those dirty old incels make me ashamed to be a Canadian....

Hi Jackie....If Trudeau has to settle for a minority government there is zero chance that he would form a coalition with the Bloc. It will have to be one with Singh and maybe May. I can live with that, but what I fear is that the rise of the Bloc and the rise of Singh will split the vote and give the Cons a majority....

Hi lagatta...I don't remember what exactly Scheer said, but since Opus Dei frowns at any attempt to reduce the suffering of sick people, they don't flog themselves for nothing, I can only imagine. I also vaguely recall Bernier telling some poor person that no she can't have more money because reducing the deficit is more important. All those right-wing assholes are the same, each one more inhuman than the other...

Hi Jackie....I don't hate the NDP but I'm not impressed by the way they are behaving. I have voted for that party because I believed they had an idealism that I find attractive. But this lat st version is so desperate to claw themselves back from oblivion they are acting like Cons, and distorting facts to attack Trudeau. Their attack ads even look like Con ads, which in my book is simply unforgivable...