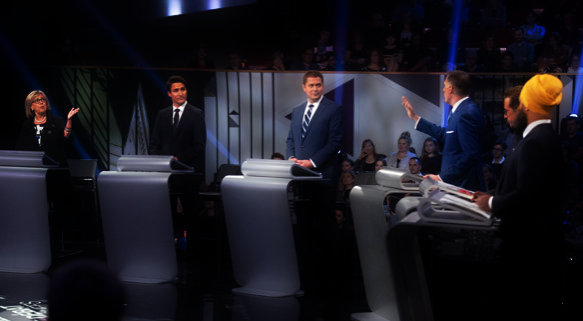 As I watched Monday's hideous political debate, I grew increasingly frustrated at the way the ugly American Andrew Scheer was able to avoid any hard questions about his sinister religious and political ideology.

Or all his other dirty little secrets

But today I'm feeling a lot better because at least this strange story is coming back to haunt Scheer. 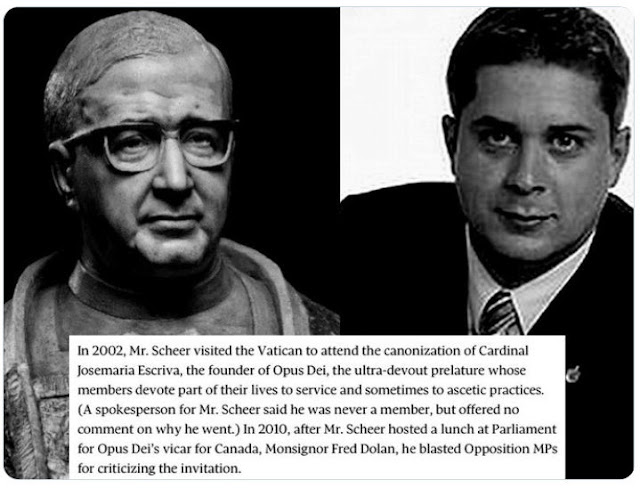 The story of how Andrew Scheer went all the way to Rome to attend the canonization of the founder of Opus Dei, but still claims he's not a member of that secretive far-right wing cult.

Now some in the media are asking about another of Scheer's Opus Dei conclaves, this one in the House of Commons.


And as you can see, Scheer really doesn't want to talk about that.

Which only makes me wonder again what is he hiding? 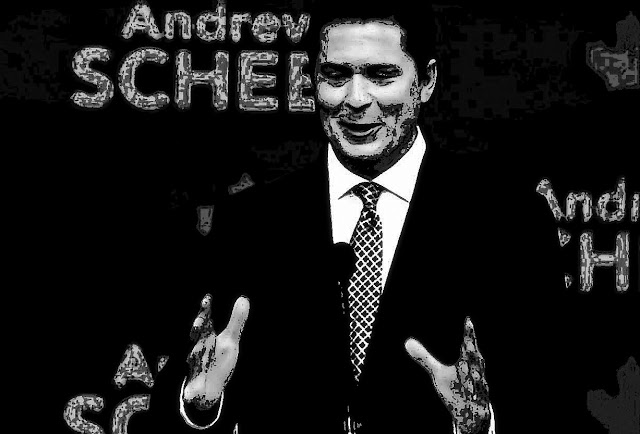 And who is the real Andrew Scheer?

You say you oppose abortion but have no plan to reopen the abortion issue. If you lied about other things, why should we believe you on this?

Who are you, Mr. Scheer? Would you care to add to that? Now’s the time.

So many questions, so little time.

The fate of our country may depend on the answers.

And only the truth can save us...

I really do think this religious fanaticism explains his Lorne Nystrom kamikaze attack and the vile nature of the rumors his iteration of the party has been spreading about Justin Trudeau. Projection being what it is, it's reasonable to wonder whether the pizza preacher has something of his own to hide. Ever see Eyes Wide Shut? "God" these people are sick.

If you want to see Opus Dei in action, just watch Bill Barr and Leonard Leo south of the border. But most Canadians haven't a clue what this organization represents, so asking Scheer about it doesn't help. Someone needs to run a documentary on OD that ties Scheer trio them.

He has already failed to hide the fact that he couldn't pass his insurance broker test and that he has registered for a potential American military draft. Unemployable and unpatriotic seem enough to hide don't they.

So it turns out the fundagelical party has a list of Jews. I can't even anymore. But tell me again how Trudeau is the real racist. Nazi fucks.

The real story of this election news cycle is the low bar that turncoat and Sun propagandist Kinsella is setting. Why is he still on Progressive Bloggers when his whole shtick these days is taking down his former party? What has happened to this formerly progressive site? Did money from conservative media entice him away from his values? What happened? Is PB afraid of the litigious Kinsella?

Kinsella, like other classic liberals, is aghast at what his once great party has become. Guy has no love whatsoever for the Reform.. ahem.. I mean "Conservative" party or Harper 2.0
It is entirely possible, to justifiably drag JT AND despise the CPC.

Nothing to do with being a "classical liberal," whatever that is. He's just a bitter, deranged, washed-up, narcissistic has-been who blames Trudeau for why he didn't get to be an "insider." Judging by his abhorrent behavior both online and off, Trudeau was right to keep him out. JT should "debate him" like he did Patrick Brazeau, and maybe get Chrétien in to give him a well-deserved Shawinigan handshake to the nuts.