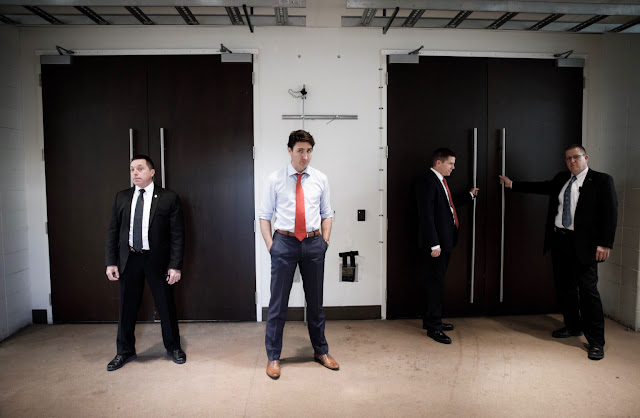 It took a lot of courage for Justin Trudeau to impose a carbon tax on Canadians, in a country where the word "tax" can be political poison.

The Con premiers rose up against him.

And the Ugly American Andrew Scheer vowed to kill the carbon tax in its cradle. 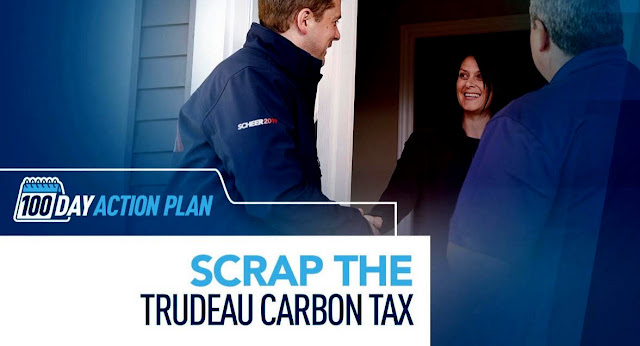 But when the smoke cleared after Monday's election battle, Justin Trudeau was still standing, and so was the carbon tax.

"Carbon taxes are widely unpopular and become more so once people actually have to pay them," Harper wrote. "Political parties, including mine, have won elections just by opposing a carbon tax."

A year later, 63.2 per cent of Canadian voters cast a ballot for a party that supports putting a price on carbon. Justin Trudeau's Liberals, having implemented the first federal carbon levy in Canadian history, won 157 seats. The Bloc Quebecois, NDP and Greens combined to win another 59 seats. For a policy that was supposed to be a real political liability, that is a stunning result.

The losers were Stephen Harper, Andrew Scheer, Big Oil, the yellow vested far right extremists, and others who would deny climate change, and do nothing to fight it. 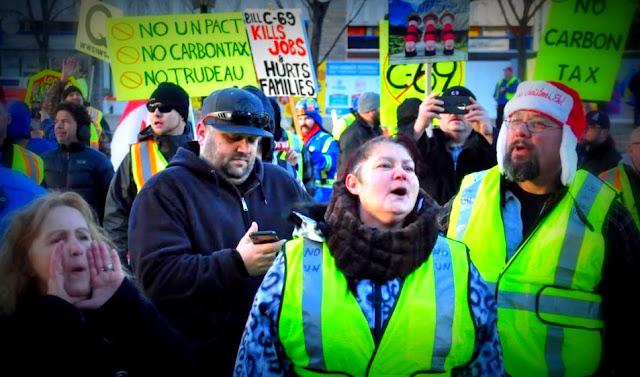 And the big winners were Justin Trudeau and as the Washington Post points out, our beautiful planet.

TO MANY politicians, promoting a carbon tax sounds like political suicide. The question of carbon pricing brought down an Australian government in 2013 and roiled politics even in environmentally conscious Washington state, where two successive ballot initiatives failed.

The narrative of political suicide now has a Canada-sized hole in it.

To be sure, the election was not a referendum on a single policy. But the prime minister’s Conservative opponents relied on the conventional wisdom that carbon taxes are political poison, and they lost.

You know, in this country a some people call Justin Trudeau a "climate criminal" for not allowing the TMX pipeline to collapse. But a pipeline is just a pipeline.

And nothing compared to getting a fractious country like this one to collectively engage in the fight to save the planet.

His Con enemies attacked him like rabid animals, but he was not moved. He had the political courage to stand up to them.

And now he's leading his country towards a greener future... 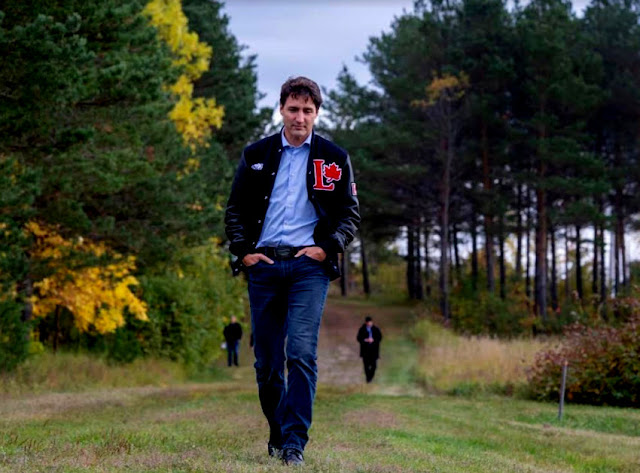 The Cons and their stooge media tried to destroy him.

But they only made him stronger...

NOTE: Blogger's comment system seems to be down, so I can't post your comments or answer. But I will do that as soon as the system is restored.

Simon, I actually wrote a post on my own blog about this last year. If you will indulge me I will link to it here.

What you say is true but it goes beyond the carbon tax.

Justin busted the cons on drugs, and he has caputured them on carbon, how about reaping them for being republicans?

I just told our resident Dipper comrade to quit focusing on Justin's pipeline. It's a bad look. There's a twisted irony in how self-declared environmentalists either can't or won't see the forest for the trees.

Good post. I would add it's also a culture war. McKenna's office was vandalized today with a vulgar misogynist slur. There's a connection between a macho mindset and opposition to environmentalism. Bernier, Brett Wilson, and other dinosaur doughboys' attacks on McKenna and Thunberg are a classic example, and science backs it up:

Now, as Quito Maggi of Mainstreet Research pointed out leading up to the election, Newton's laws can be applied to social science as well as the laws of physics. In this case every action has an equal and opposite reaction, and unfortunately, extremists on the other side of the climate brawl aren't helping their cause.

In one particular case, this past summer, the Extinction Rebellion doomsday cult took a break from blocking bridge traffic and happened to sic one of its own unwashed cavemen on McKenna at a funding announcement. This madman had the gall to accuse her of aiding and abetting Trudeau's alleged "climate criminality" and threatened to "arrest" her with zip ties. Real tough guy who spat the most obscene language and threats toward the minister as he himself was zip-tied and put in a squad car. Horseshoe or horse's ass politics at its worst.

One has to wonder who benefits from amplifying polarization on this issue and attacking the sensible center. Compromise should not be a dirty word synonymous with betrayal or selling out.

The climate change deniers because they would stop all action because of ideology. Climate extremists because they fail to realize that if you go too far, too fast with climate change measures you will begin to impact the pocket book of ordinary people and they will push back.

A balanced approach is needed to bring these people along. As time goes on they will get used to the measures and you can begin to ratchet them up some more. It just requires patience.

Isn't it ironic how the Cons obsess about the deficit and how it will affect future generations yet their heads are so far up their asses they cant see that unabated carbon emitting and resultant climate change will ensure their offspring wont have a future, period.
JD

Do you have any guarantees that what was in the IPCC report will come true?

Nope. Do you have any guarantees that it wont?
JD

Actually I rather doubt that is Extinction Rebellion. That is utterly unlike their M.O.

Hi Ottlib....I'm sorry I took so long to reply, but I had some kind of computer problem which chewed up comments and prevented me from replying. At any rate I read your post and it was a good one. The Conservative Consensus really is a problem. It has been made to be one of the laws of physics when it is just a prescription for misery. Nine years of Con rule in Britain have made that only too clear. But the good news is that Justin Trudeau has successfully challenged that consensus, and has now won two elections. If the Cons don't change their tune they will end up triggering a revolution....

Hi Jackie...I was going to write something about that ugly misogynistic vandalizing of McKenna's office but I just didn't have the energy. I will get around to it though because as you know I believe that misogyny was the ugly elephant in the room all through the election campaign, as it was in the Trump election. But I'm sure it was the work of a Con and had nothing to do with Extinction Rebellion...

Hi Steve....the election is just another battle on the road to destroy the Cons. We will have plenty of time, and lots of evidence to tag them as Republicans...

Hi JD...Cons are evil people, and too selfish to think about how their greed will affect the generations who will inherit our scorched planet. They cannot be reasoned with and must be destroyed before they cause even more damage. Not only am I up to the challenge I look forward to it...🏂

Hi Frank....How does it feel like to be a loser? I hope it hurts a lot because you more than deserve it. 😺