The Day The Con Media Got A Lesson In Good Manners 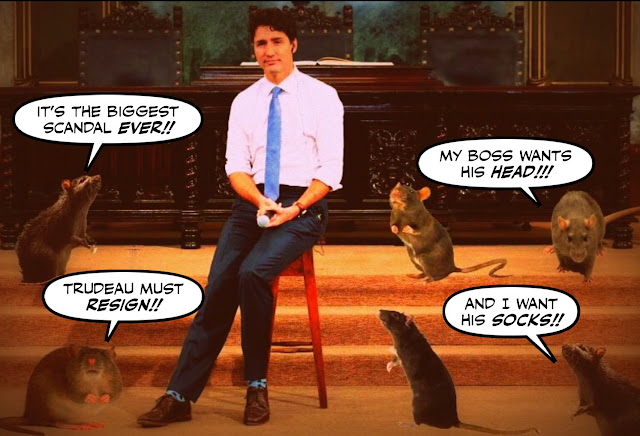 The fake scandal may be withering on the vine, or slowly starting to rot, but the Con media are still trying to bring it back to life.

Still huffing and puffing or gnawing on Trudeau's socks, in what has to be one of the most disgusting spectacles in modern Canadian history.

So I was glad to see the Inuit leader Natan Obed teach them some manners. 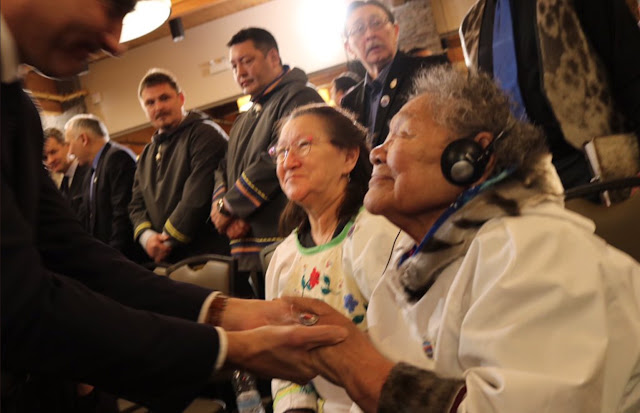 It happened during a moving ceremony in Iqualuit, where Trudeau apologized for the way the government mistreated Inuit with tuberculosis in the 1940s-1960s.

When the Con media disrespected those present by blowing away the ceremony and asking the prime minister more questions about the fake scandal.

And Obed said enough is enough.

.@ITK_CanadaInuit’s Natan Obed slams the media who asked SNC Lavalin-related questions during the presser following the TB apology to Inuit.

The media has a role in reconciliation, too.

I don’t want to quote him in this tweet in case I misquote, but his plea is worth a listen. pic.twitter.com/cUC5xYFXQj
— Nick Murray (@NickMurray91) March 8, 2019


It's hard to believe that Obed should have to say that on such a special day... 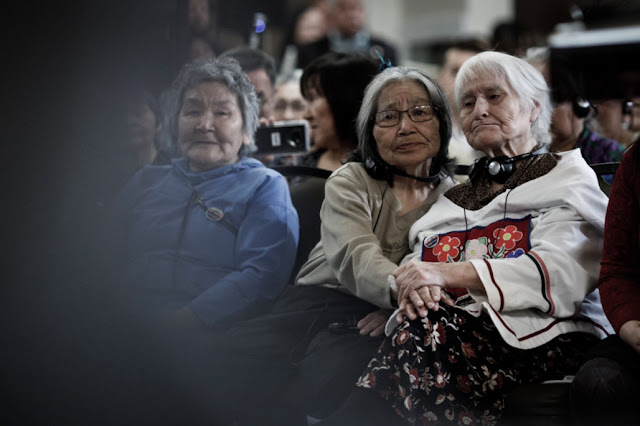 "I think something that the media should reflect on is that throughout all of this, there has always been more important stories. And the stories of human rights abuses to Inuit. Everytime there is something that happens, such as an apology today, there are other stories in the world. But the fact that media passed right by the people whose human rights abuses were not told by the media for decades to other stories of the day is still a reflection on the work that needs to happen in reconciliation. The Inuit who were apologized today matter. This story matters. It is a Canadian story. And I recognize that there are other media stories that matter as well. But I do hope in the future there can be more respect given to the place and time and the people who deserve to have their story told. And the media have a strong role to play to tell it."

But the media in our country are a grubby lot, who only care about pleasuring their hog bosses. 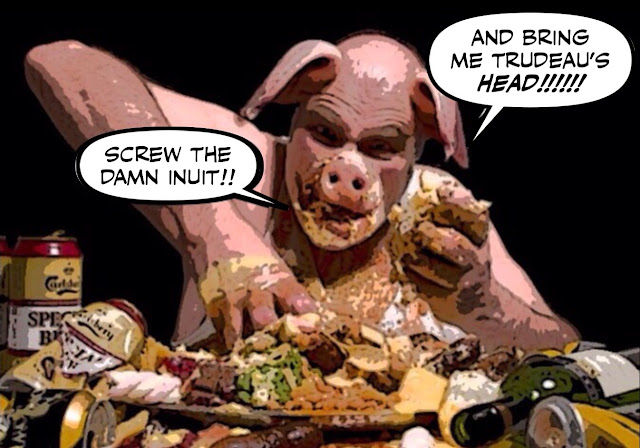 Their grotesquely biased coverage has disrespected other Canadians all over the country.

A coverage so biased most of them chose to ignore what Obed had to say in an ultimate act of disrespect.

But that's OK, long after the stinking corpse of the fake scandal has been buried and forgotten.

And Trudeau has won the next election.

We will remember what they did.

And we will make them pay for it... 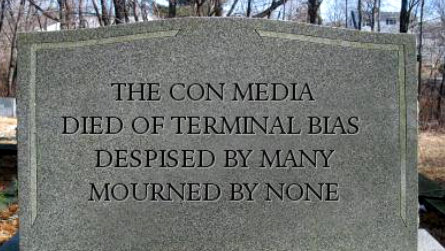 Boycott them, cancel your subscriptions, teach them a lesson they will never forget...
Posted by Simon at 12:30 PM

So much for their concern trolling about Princess Jody. They don't really care about Indigenous issues. They just want to shit on Trudeau.

Just like the US Con media who dragged Bill Clinton's accusers and the grieving mother of the dead ambassador at Benghazi out of the woodwork to call Hillary Clinton a "fake feminist."

I'm serious, Trudeau needs to read What Happened if he hasn't already, and call up Chris Lehane for advice, the guy who coined the "vast right-wing conspiracy" phrase. Or send him some EMAILS!

Nice post, Simon. Natan Obed's words were so true. Poignant and civil yet, it still had the effect of giving those disrespectful reporters a good swift kick in the ass.
Let's hope this lesson in manners and priorities hits home and they start reporting on what really matters to Canadians. We certainly deserve better than the tabloid trash they've been feeding us for what seems like forever.
JD

Funny Wornout goes after Sheila but says nothing about this.

Yes, how rude of "Princess Jody" to turn down the kind Mr Trudeau's offer of a plum job administering colonial laws against her own people.

Or, maybe she could have worked to fix/update those laws.

Yes, how rude of her to pitch a tantrum and try and bring down a government that is making a good-faith effort to be inclusive and progressive, in favor of white-nationalist fascists who'd throw her own people in concentration camps given the opportunity.

How rude of her to lie about the reasons for her "no confidence in the government" and sit on information that would poke holes in "her truth" and potentially vindicate -- with actual truth -- the kind Mr. Trudeau.

UU, Exactly. The Con's narrative of her having to "administer colonial laws" is as lame as Con propaganda gets. JWR has proven that she doesn't have to do anything other than as she pleases, as witnessed by her time at justice. If she truly wanted to make a difference and effect change for her/our indigenous population she would have hit the ground running as opposed to running from a missed opportunity. Further evidence that this is all about her and her bruised ego. Sad.
JD

You hire a poacher as game warden if you want to stop poaching. Even though she is only half Indigenous, and not on the matrilineal side, she would know a lot more than say some Veteran that would be best in Veterans Affairs.
I'm sure the Prince of Darkness has promised her she can set up a two tier society, complete with a White Act. immediately after her coronation. Sort of like Voldemort wanting to have the pure bloods rule the world even though he himself was a half blood...