The Day The Con Clown Andrew Scheer Was Totally Humiliated 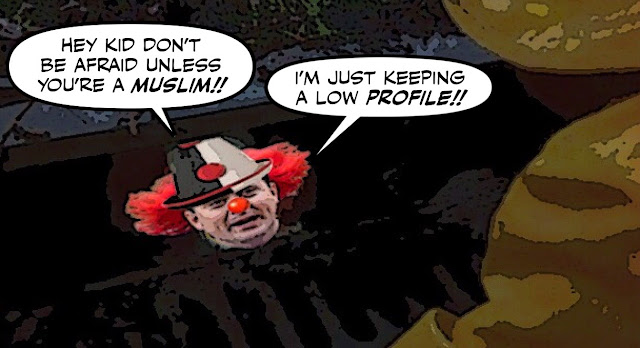 If the situation hadn't been so tragic it would have been hilarious. Although I'm sure Andrew Scheer wasn't laughing, just keeping a very low profile.

For yesterday had to be one of his most humiliating days ever.

First he was revealed to be a religious fanatic and a bigot. Again.

And then he was made to look like a weakling AND a monstrous Con clown. 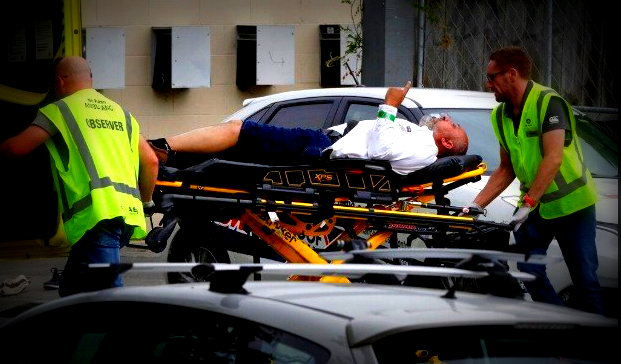 It began with the monstrous massacre in Christchurch, when Scheer couldn't bring himself to mention the words "Muslim" or "mosque" lest he upset his bigot base.

Which only served to remind Canadians of his own bigotry, as I explained here.

And which naturally set off a firestorm on Twitter, which included this set of instructions fit for a baby from Stephen Harper's former flak Andrew MacDougall.


Delete and try again. Name the place of worship. Name their religion. Put your arms around them. Condemn the specific pathology that drove their killer(s). https://t.co/2tMO8uuxZB
— Andrew MacDougall (@AGMacDougall) March 15, 2019


Which finally forced Scheer to issue a second statement.

Conservative Leader Andrew Scheer issued a second statement after facing a storm of criticism for failing to mention the terrorist attack in Christchurch was perpetrated against Muslims during Friday prayer.

“Houses of worship, like the two mosques attacked last night, should be places where all people can meet freely and without fear,” a quote attributed to Scheer read.

“We stand with our Muslim brothers and sisters to ensure that they remain this way. We must condemn, in the strongest terms possible, the type of extreme and vile hatred that motivated this despicable act of evil.”

Which no doubt must have enraged his rabid base, especially those celebrating that monstrous massacre, of which there were many.

But didn't do much to satisfy his critics.

Bernie Farber, the head of the Canadian Anti-Hate Network, pointed out that it took 15 hours of criticism before Scheer updated his statement.

“When he puts out a statement that won’t even acknowledge that the people murdered in New Zealand were New Zealand Muslims, when he speaks to a crowd that has a large number of racist and bigots and anti-immigration individuals (at a recent “yellow vest” protest on Parliament Hill) and says not a word? That’s what lets hatred grow.

Or for that matter, didn't satisfy even some in the Con media.

Is Scheer deliberately pandering or just tone-deaf? If the former, he should know that is both morally wrong and politically stupid.

A Conservative leader who panders to the far right because he fears losing support among his “base” will end up with the worst of both worlds — both moral disgrace and political failure.

But did leave Scheer looking like a bigot AND a weakling... 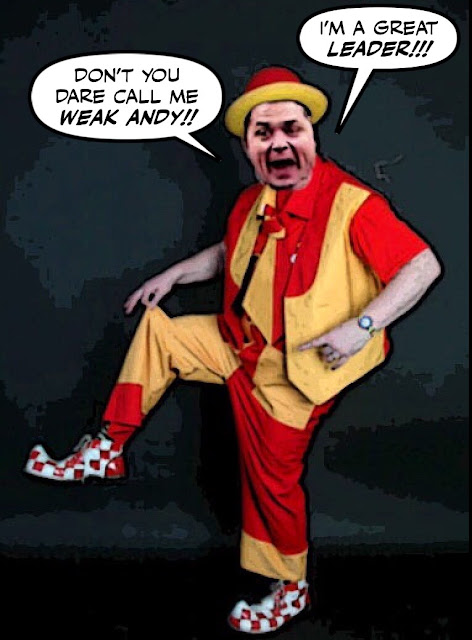 And I like to think I played my humble part by digging up this old tweet from Scheer.


And letting people know what I thought of it:

Which was retweeted and liked by a lot of people all over the country.

And whose basic message I hope will be used to attack Scheer and his hideous Con bigots all the way to the next election.

That bigot wants be Prime Minister?

He should be made to publicly beg for forgiveness, and renounce ALL of the Rebel scum by name. No one expects the Hamish inquisition! After all the medieval sadism and very German schadenfreude he's been whipping Justin Trudeau with for two-and-a-half years and the past three weeks in particular, he needs to be beat over the head with the entire history of bigotry and deplorable comments and actions he's made over the course of his pathetic political career. Homophobia, Islamophobia, "I was for Brexit before it was cool" (a Russian hack job pushed by an asshole named Nigel who called Enoch Powell his personal hero), cozying up to La Meute and other such boneheads in a cynical and dangerous ploy for alt-right votes, giving a platform to "Pizzagate" that spurred on a flurry of social media cranks accusing Justin Trudeau of being a pedophile, the disturbing Ceausescu comments that look even more perverse in the context of his yellow vest cult threatening to do the same to Trudeau, and all that juvenile "meme warfare" and "shitposting" like the psychotic shooter did on 4chan and Facebook. He needs to own up to all of it. Over and over again. Or face an inquiry of his own.

Andrew Scheer is a disgraceful piece of shit who should be kicked out of Canada and left to fester in the Murdoch media swamp that got banned from New Zealand itself, after Sky News broadcast the shooter's blood-soaked snuff film. I've had enough of his waffling bullshit and his perverse delight at tormenting Justin Trudeau, his cabinet ministers and even his family. Andy is a racist, a liar, a stalker, and an Internet troll, and it's about time he started getting flak for it. I hope it sticks to him, and he wears that reeking stench of failure all the way to October!

Andy, are you OK? Are you OK, Andy? 'Cause now, you don't look like such a smooth criminal!

If Scheer were to use the pomp and bluster to denounce the massacre against Muslims as he did to demand JT's resignation, some people may have believed him. That he had to backtrack and use the word Muslims to defend Muslims must have been hard on him when he is so used to blowing his dog whistle to demonize them. It is a tangled web you weave Andy and it's a bed you've made and now must sleep in.
No decent Canadian who knows the real Andrew Scheer will believe his "thoughts and prayers" and his racist scum supporters will not be impressed with his sudden "support" towards the Muslim community. It's like juggling an egg and a piece of shit, wondering which one will end up in his face.
JD

Your keyboard to Dog's ears. 2016 taught me not to count any chickens too soon in the egg hunt. Or something like that.

Hopefully this marks a turning point, and that Canadians are smarter, have learned from the mistakes of their southern neighbor and won't let this slide like we did.

Hi Jackie...Something I found really interesting in the Christchurch killer's "manifesto" was the way he referred to Brexit as a white people's instrument to keep the "invaders" out. Which might also explain why Scheer is such a Brexit supporter, and even more evidence that he is an alt-right sympathizer. More on this later....

Hi JD...The first tweet was carefully written to appeal to HIS supporters who are always bleating about "freedom of religion" which usually means their freedom to discriminate against LGBT people and others. So although our hapless Con media didn't pick up on that, it was actually worse than it appeared. But yes, in the end he couldn't help offending the rabid bigots who support him, and hopefully will drive more of them to the bigot Bernier party, and split the vote....

Hi anon...I don't know if he's done like dinner, because our Con media is still on his side, and thinks that the fake scandal is bigger than Scheer's far-right views. But hopefully it will make more Canadians wonder who Scheer really is, and that would be progress...

LGBT+ people and women who want free access to contraception and abortion. That is our right by law but there are regions, and I believe still entire provinces where those medical services are unavailable. At least they aren't currently targeting left-handed spinsters who live with black cats :)

Oh, give it up already!!! What more is there to talk about???

Hi Jackie...Yes they are still on that. And now led by Pierre Poilievre they are threatening to disrupt the budget unless the Liberals agree to allow St Jody to speak. Even though she can speak "her truth" in parliament anytime she wants, and after her four hour testimony one wonders what more she can say. So the madness continues...