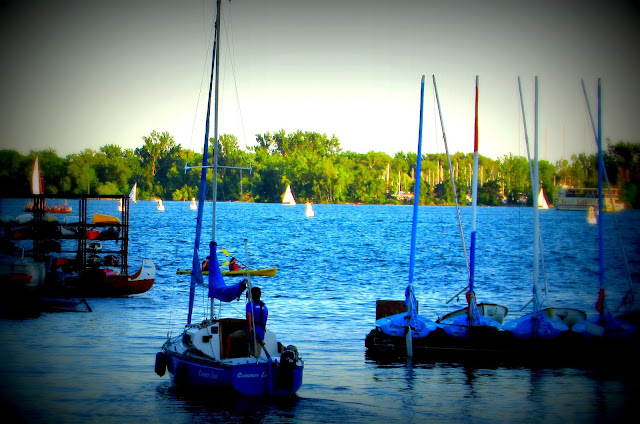 It was a beautiful blue summer day in the Great White North. The kind I dream about all year round.

A chance to get away from the city, feel the clean lake air in my face. Try to forget about all the problems we face in this increasingly scary world.

And prepare to celebrate what will be for me, one of the greatest days of my life.

The first Canada Day since we defeated the hideous tyrant Stephen Harper. 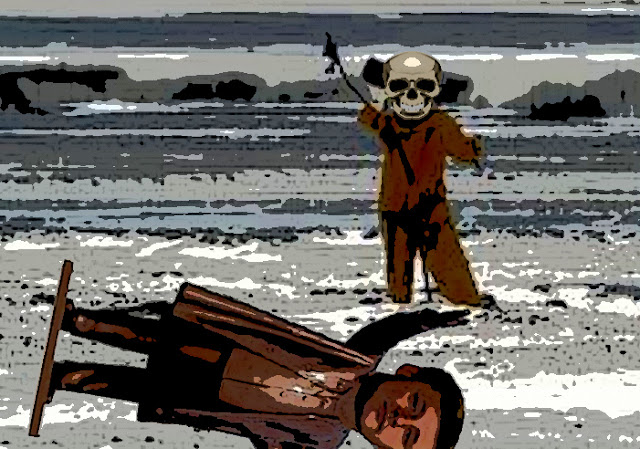 And started taking our country back.

And what a glorious day it will be.

For let us never forget what that nightmare in Harperland was like, and how hard that depraved monster tried to destroy our Canada... 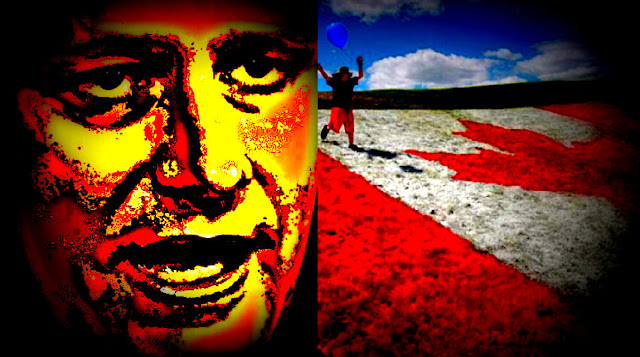 And how close he came to succeeding. And how he raped our big beautiful land, its democracy, and its values over and over again.

Until it lay wounded in a pool of blood and oil.

So it seems only fitting that it should be our beautiful aboriginal people who should ruin that depraved monster's Canada Day, with this stinging slap in the face. 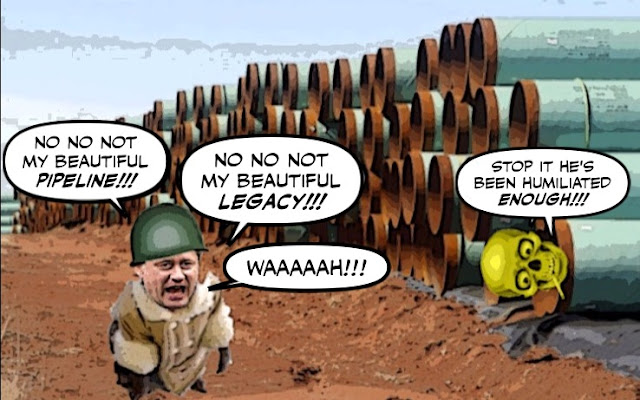 The Federal Court of Appeal has overturned approval of Enbridge's controversial Northern Gateway project after finding Ottawa failed to properly consult the First Nations affected by the pipeline.

And drive yet another nail into that project.

"At every turn you're going, you are seeing nails in the coffin of the Enbridge project," said Peter Lantin, president of the council of the Haida Nation, one of the parties that appealed. "I don't think there's enough room for another nail in the coffin."

And into the coffin of Harper's foul legacy.

But sadly, although I wish I could say that legacy is dead and buried, and that our beautiful peaceful country is safe, I can't.

Because as you can see from the latest attack ad from Con headquarters, it lives on in the same satanic colours of that political pervert... 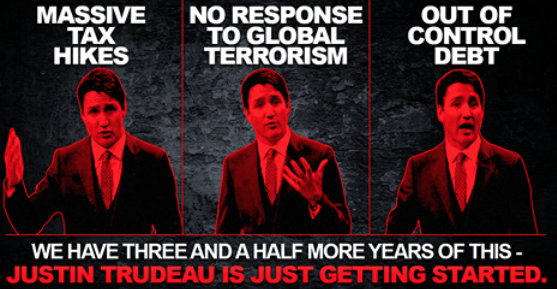 It's still the same dirty old Harper Party. Excreting lies and Trudeau hate out of every inflamed orifice.

And judging from the first two comments under that ad on their Facebook page.

They still hate this country with a passion, and they're still as crazy as ever.

And if you thought they had buried their diseased values, you can forget about that as well.

For this comes straight from the foul Twitter page of their hideous leader Rona Ambrose. 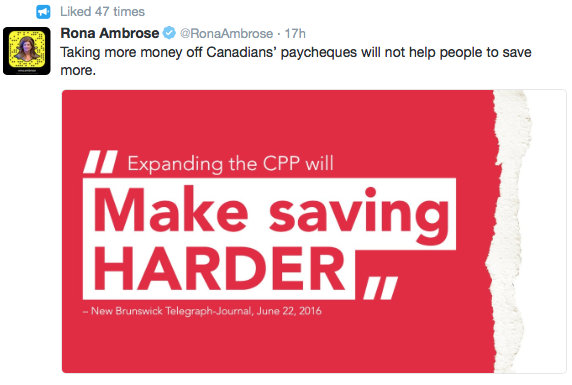 Those thieving Cons who lived like hogs would dare lecture us about saving money, when they wasted BILLIONS on their porky propaganda trying to brainwash us into submission.

And would put their cruel ideology before the needs of the poorest and the most vulnerable Canadians... 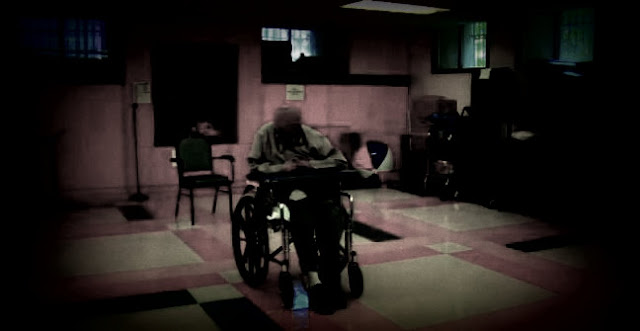 Even if it killed them, or condemned them to live out their lives in poverty and deprivation.

My god, who are those bestial Cons? Who is this evil leader? 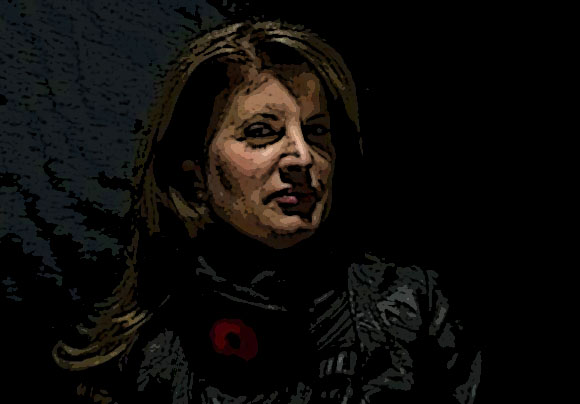 Is she just cruel, or is she out of her mind? 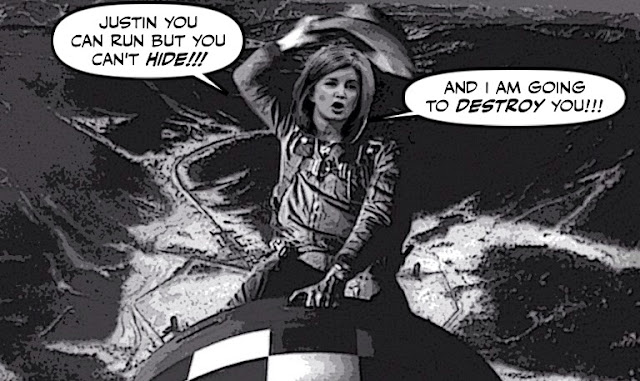 And can you imagine what the Cons might be doing to this country if they were still in power?

And the good news? They're NOT.

We crushed them like bugs, humiliated their foul leader... 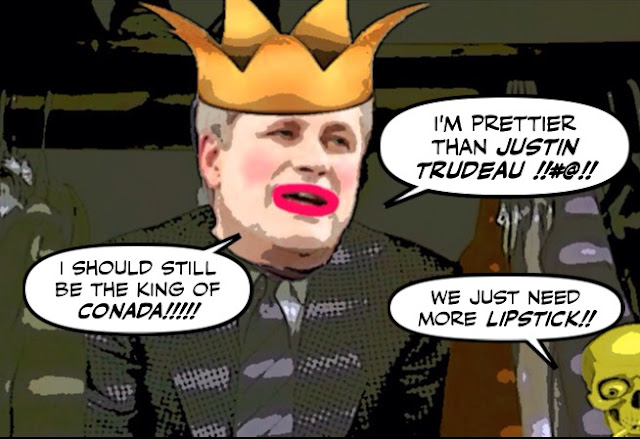 Those diseased Trudeau haters are screaming in pain. They're foaming with pus, biting off their lower extremities and sticking knives into their eyes.

Because now we have a new Prime Minister who is at home in the company of the noble and the decent... 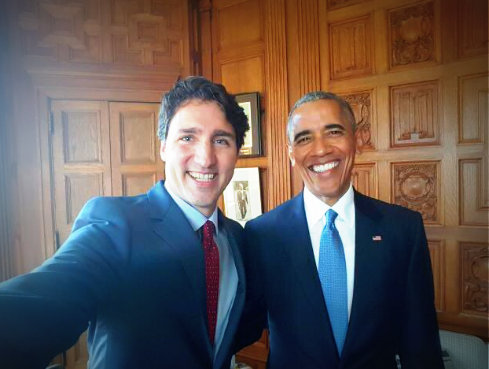 And who is slowly but surely restoring our precious values, and our image in the eyes of the world.

Here's his Canada Day message that was released early this morning...

And what a difference a year makes.

Oh boy. How lucky we are to live in this big beautiful country.

I don't know where the winds of destiny will take me.

Don't ever let those monstrous Cons steal our country again.

And Happy Canada Day everybody !!!

Same to you Simon. It does feel extremely liberating knowing Harper is gone, too cowardly to show his face for Obama's historic speech and living as a reclusive nobody while his lowlife brethren carry on his hate and division. To them I say go to hell and everyone else, Happy Canada Day!!!
JD

Woot Woot Canada Day is back!!

Canada has disposed of some very unnecessary legislation Harper brought in, we have the Kits coast guard station open again, and we just had Embridge tossed by the courts. Not a bad day for Canada Day in B.C.

Now if we could just get rid of the last of the HarperCons sitting in B.C. all would be even nicer.

Happy Con Free Canada Day! The Cons may be gone for now but like chronic inflammation they are still lurking in the system just waiting for a little extra stress or a moment of weakness to pounce. Unfortunately there is no magic cure but a steady flow of anti-inflammatory material such as inclusive dialogue and cooperative change is required to shut down as many potential receptor cells as possible before the next potentially lethal stressor arrives.A dismal prognosis on one hand but the fight can actually make society stronger.
RT

Happy Canada Day Simon and all you good people! Our first Canada Day In 10 years!!!
Have a wonderful time at Pride Simon. I donated and entered to ride with Justin but I guess I didn't win. I hate to leave the fur kids anyway lol. ❤️💚💙💜 Pamela

Hi Kathleen...Thank you and the same to you. As I said in my post, what a difference a year makes....

hi JD...thank you and happy Canada Day to you too. It's funny, after struggling so long with all of you to liberate this country, I still can't quite believe it actually happened. And how well it's working out. Our country is now everything I ever wanted it to be, and I couldn't be happier....

Hi TS....thank you and happy Canada Day to you too. As I told JD, I can't quite believe we actually did it, and that the tyrant is finally gone. Who says dreams don't come true?

hi Steve...yes, that's the spirit. Let's release the hounds and chase the Cons all the way back to Alberta....

hi e.a.f....thank you and happy Canada day to you too. The Trudeau government has been doing a good job of demolishing Harper's grotesque legacy, and now it's up to you to get rid of your Crusty Cons....

hi anon...now don't get the Droner excited or she could go off the deep end. As you know she's still suffering from the delusion that the Cons left this country in a good economic situation, and I fear a question like yours might be the final straw. And they would have to carry her away in a straitjacket. Or even better handcuffed to Jason Kenney...

hi RT....happy Con Free Canada Day to you too. And yes you're right. The Cons are still a dangerous tumour growing on the body politic of this country. They still get a lot of money from their friends in Big Oil. So we must not become complacent, and fight them as hard as ever.

hi Pamela...thank you and the same to you. I didn't realize there was a draw to see who gets to ride with Justin. But I'm looking forward to seeing him in the parade, so he can hear a million people cheering him and saying thank you. Because what he is doing is historic and it will be greatly appreciated. I don't know how long I will be able to be at the parade because I can't stand on my recently operated knee for too long. But even if I have to cling to a lamp post I'm not leaving before Justin rolls by.... ;)

It was a very nice day and not a hint of Harper.

You mentioned in a reply to the post below that British applications to emigrate to Canada are up. Perhaps Steve would like to go in the other direction to where a Conservative Government is still in office, I was going to write control but that is clearly an exaggeration.

Is she just cruel, or is she out of her mind?.

Both? If nothing else, clearly as out-of-touch with reality (re CPP and saving) as any good Con minister was while in office

that may require help from all over Canada. The queen of photo ops has amassed a $12M war chest with which to fight the election. It came from corporate Canada and private soirees at $10K to $20K a head.

She has the support of the MSM so they don't report ALL the news and none of the nasty news about her and her B.C. Lieberals. While she was running up to Kelowna in a private jet,once again, the people of B.C. can't get into camp grounds. Turns out the tour operators for foreigners have managed to find a way to book several hundred camp sites in one go.

So we can't afford homes in Greater Vancouver, 500K of us don't have family doctors, schools are closing, they have gone to war with the Vancouver School Board trying to force them to sell a shopping centre to a big financial supporter of the B.C. Lieberals, MSP premiums the highest in the country, "giving away" our natural resources, Site C dam which will add at least $9B. to our debt load and destroy the environment in Northern B.C.

We don't know what the NDP strategy is going to be. Its MIA and even if they weren't the MSM doesn't report on them.

Norm Farrell's blog, In Sight tells the tale of how bad things are financially in this province and Pacific Gazetter and Laila Yuile tell the rest. Welcome to B.C. the most corrupt province in Canada. On occasion it makes Alabama and Missisippi look good and they're considered the two most corrupt states in America.