Northern Gateway and the Latest Humiliation of Stephen Harper 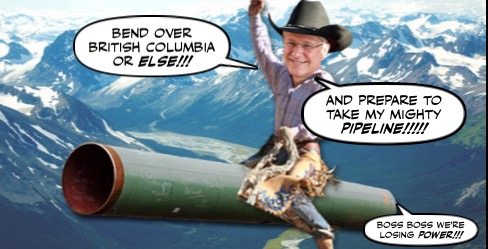 Once upon a time Stephen Harper must have thought it would be so simple. He'd fly his oily Northern Gateway pipeline from Alberta to beautiful British Columbia.

He'd soar over the Rockies and the Great Bear Rainforest, and ram it into the Pacific.

After muzzling his critics, rejecting scientific evidence, all but ignoring BC's First Nations, and giving the planet a stubby finger.

But sadly for him, first he went down in flames, and now it seems so has his pipeline. 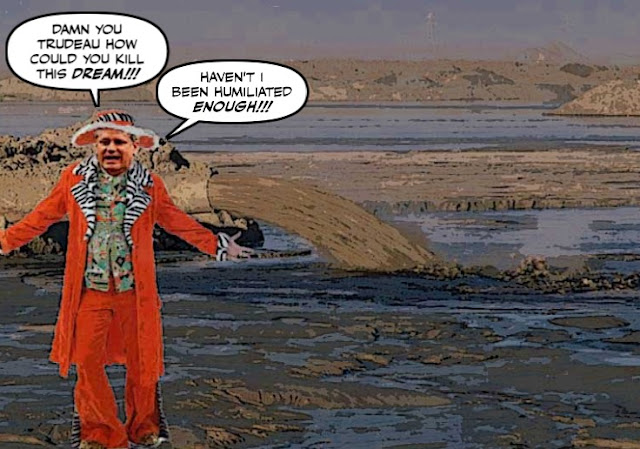 Thanks to his mortal enemy Justin Trudeau

Prime Minister Justin Trudeau signalled the death knell for the Northern Gateway pipeline project Tuesday, reiterating his opposition to it just days after a court decision invalidated a previous approval and sent the matter back to the federal cabinet.

“On the Northern Gateway pipeline, I’ve said many times, the Great Bear Rainforest is no place for a crude oil pipeline,” Mr. Trudeau told reporters in Montreal.

And I can only imagine how that oil pimp must be feeling, after having bent and corrupted our country and its democracy for so long in pursuit of his tarry dream.

Or for that matter imagine his double humiliation... 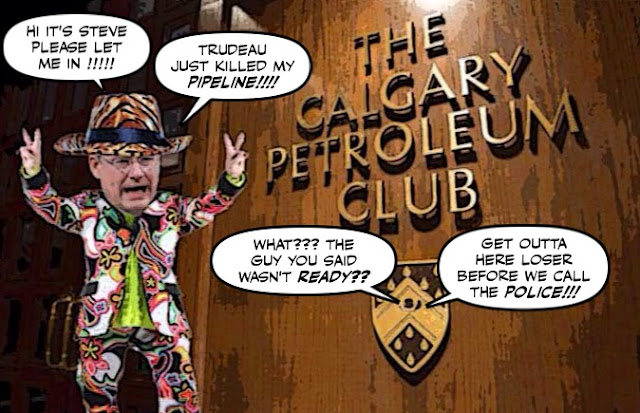 Because Big Oil won't be happy to have had such a fool for a tool.

But serves them right, for it's about time they were forced to put the future of our beautiful planet before their killer profits.

And of course I am VERY happy.

Happy for the First Nations and the people of British Columbia. Happy to have a prime minister like Justin Trudeau.

And among other things, happy for this gentle giant... 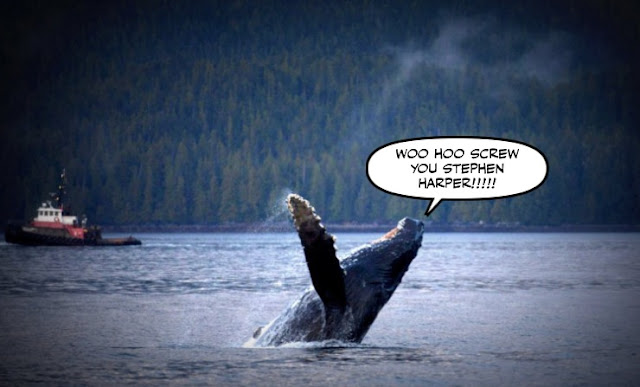 You know, today in the place where I live it's going to feel like 40 degrees. There's yet anotherheat warning in effect, and the summer is still young.

Which should serve as the latest warning for all of us.

Start greening this country as fast as possible, like so many other countries are doing.

Or melt in the heat of our own madness...

a refinery is the logical choice, but that would keep the money in Canada, cant have that

Absolutely loved the whale cartoon. Yes, that is what many of us are saying here in B.C. We don't want that pipeline. We have one coming through and we don't want that twinned either. One pipeline is enough.

If they want to refine oil, let them do it in Alberta and keep the tar/oil in Canada. as it is now, we export the raw product and then have to buy it back. Does not make sense/.

The stuff would be exported to Communist China, who does not have what one could call a stellar environmental track record, nor does it have a good human rights record. the less business we do with that country, the better, until it changes it "attitude" and that isn't going to happen for at least a 100 years.

When I heard about the court decision, I tapped danced across the yard, O.K. in my head. This of course won't make the money in B.C. and the B.C. Lieberals happy, but who cares. They have destroyed enough of B.C. already. Although Christy Clark talks about her "conditions" the only condition she has is what gets her re elected and what makes her financial supporters even more money. Anyone who would flood thousands of acres of agricultural land and build a $3 billion bridge to so she can accommodate Communist Chinese and Red Army super tankers is no friend of the environment.