Rex Murphy and the Brexit Bigots 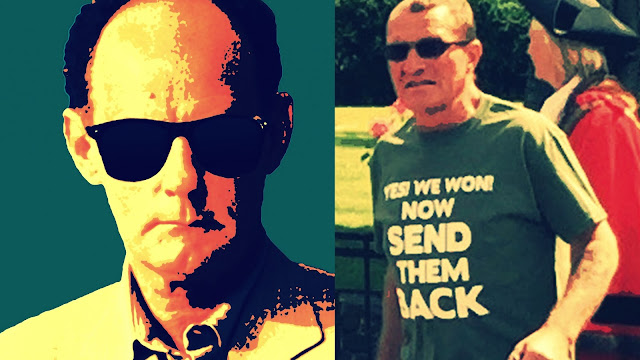 It's been just over a week since the result of the Brexit referendum shocked the world.

And triggered what can only be described as a racist horror show.

Police in Britain have recorded a dramatic rise in racist attacks in the wake of Brexit, with five times the usual number of incidents reported in the week since the country voted in a referendum to leave the European Union.

But don't expect the ghastly Con tea bagger Rex Murphy to be concerned about that.

Because he believes those who voted to remain in the EU are the  real villains.

You have to consult the Lamentations of Jeremiah to find a grim parallel to the wailing and gnashing of Europhile teeth after the Brexit side won the recent referendum in the U.K. The Remain crowd have proved to be sore losers, with their flood of excoriation, mockery, denigration and raw anger directed at those who voted to leave the European Union.

And although I'm sorry to ask you to read that heap of steaming bullshit from that dirty little demagogue, I also ask you to please notice two things:

One, Murphy never condemns the explosion of racism which is terrorizing millions of people all over Britain.

And two, he never mentions globalization as a factor in the LEAVE uprising. Just what he calls the overbearing power of the EU to regulate such things as working conditions, and protect the human rights of oppressed minorities at a time when neo-nazis are on the march all over Europe.

For like other right wing extremists like Ezra Levant, he's only concerned with preventing the EU from leading the fight against such things as racism and homophobia. 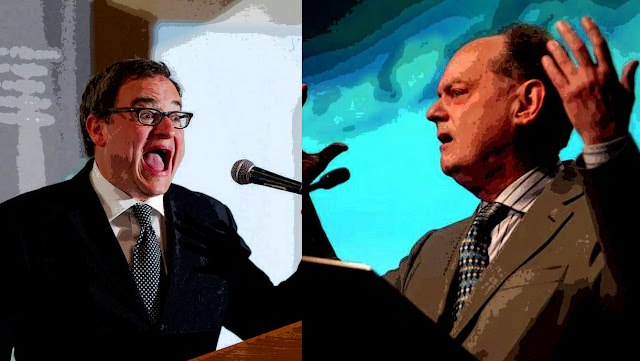 The European Court of Justice assumed authority over the courts of countries, like the U.K., that have a tradition of common law that dates back to the Magna Carta, and which have done more to spread the ideas of democracy and the rule of law than anything Brussels could dream of.

And there's a good reason for that. Murphy is a right-wing reactionary, a tool of big business and Big Oil. He's a millionaire who lives in the most expensive condo in my neighbourhood, the same building Mike Harris used to live in.

He is also a disgusting misogynist who has never stood up for women's rights in this country.

And the monstrous bigot who once advocated using the notwithstanding clause to deny gay Canadians the right to equal marriage. 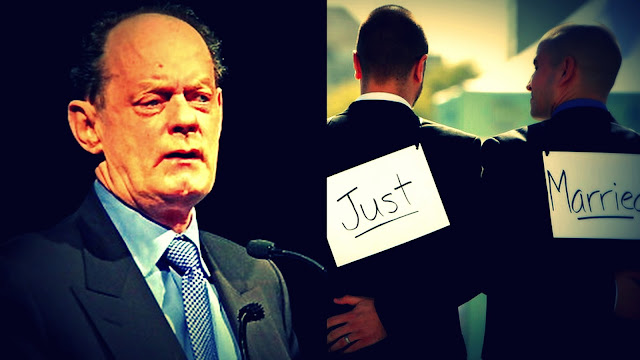 And who by portraying the LEAVE campaign as some kind of noble crusade, and ignoring the way its leaders harnessed bigotry to win the referendum, couldn't be more hypocritical or dishonest.

For as Kevin McKenna points out, the only reason the leaders of the LEAVE side whipped up hatred against immigrants, is so they could create scapegoats to mask their sinister plan to screw the working class.

There is a reason why the elites and their networks, which truly run this country, used the EU referendum to sow fear, loathing and suspicion among those whom they have always reviled.

This was never about race or immigration for Johnson and Gove and Gove’s special matrimonial adviser. This was about creating a convenient foe for the working class to blame while their real enemies in the Conservative party are free to pursue the policies that have kept them down for centuries.

And what I find absolutely stunning is that so many progressives fell for that deception.

And believed that people like Boris Johnson and Nigel Farage were leading a revolt against neo-liberalism, when in fact they were doing exactly the opposite. 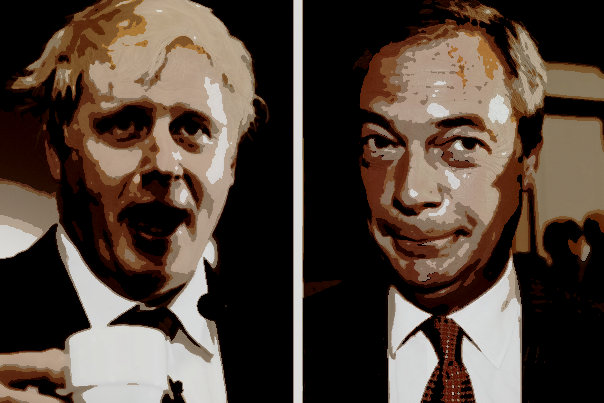 They now get to reshape workers’ rights and create a bill of rights suffused with neoliberal doctrine. Thus, they can continue to feed the insatiable appetite of the corporate beast that the Tories are sworn forever to protect.

And all I can say is thank goodness for the Scots who refused to accept that mantra of fear and loathing.

There was simply no outlet in Scotland for the fear and loathing that characterised the EU debate in England. Scotland is a mongrel nation and increasingly comfortable about being so. We were European before we were British and now, happily, we are set fair to revert to that state.

Thank goodness for the decent people in England who are trying to protect the victims of that explosion of racism.

And standing up for the Europe they believe in, as they were doing yesterday in the streets of London... 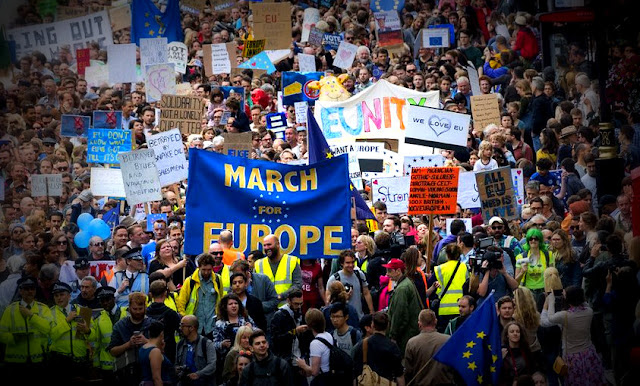 Which is great, but still leaves me with one burning question:

Now that the CBC knows that Rex Murphy is a right wing reactionary, a climate change denier, a tool of Big Oil, a misogynist, and a demagogue who would ignore the actions of the Brexit bigots.

When will it finally do the right thing and fire this monstrous tea bagger? 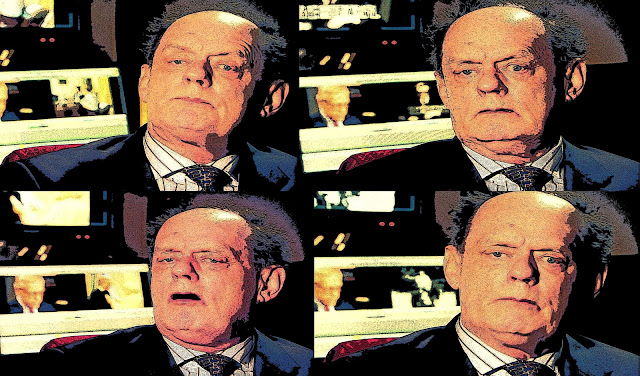 I understand your loathing of the man as he makes it so easy. I look at the guy and all I see is a man whose appearance has become what he is... a living bug eyed troll doll.

Rex believes he deserves be taken seriously, but really only deserves to be mocked and scorned.

I think the we should stop using the letters "Bre X" on any important referendums or documents- it does not seem to be a help. GS

hi Dan...Anyone who studies what Murphy says and writes should easily recognize that it comes from the pipeline of tea bagger America. The man is a right-wing extremist, who conceals his best behind big words. And because the CBC News managers are so ignorant, or complicit, they allow him to get away with it, and use their flagship news show as his bully pulpit. And of course to add to the horror, I keep bumping into him in our local supermarket, and have to race my cart down one aisle or another to in order to get away from him. Because if I saw that bug eye staring at me close-up I think I'd probably faint. The CBC can't be considered a serious news organization until the day they fire him...

Rex murphy is Canada's version of Bill O'Reilly or even madman Glenn Beck . He thinks the Muslims are coming .after the West under USA and NATO killed millions in Iraq, Yemen, Bahrain, Palestine, Israel, Syria, Libya . Meanwhile USA and NATO looking for more countries to bomb , invade steal their resources and manpower in the name of rapacious Christian Capitalism . Rex Murphy like his American counterparts thinks progressives are all in the employ of the Old Soviets and Beijing. Maybe Canada will improve once his generation of sell outs is gone. Having sold out they are always on the defensive .

One only has to read the comments above to realise how left leaning Canada has become.Rex Murphy's comments are a refreshing change to the usual rubbish on the CBC.