Another Religious Fanatic Prepares to Join The Con Leadership race 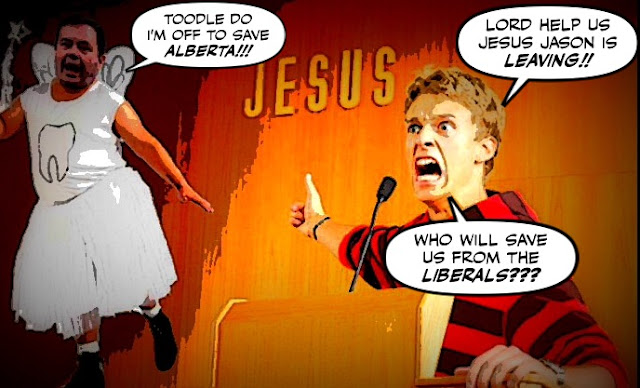 Yesterday I told you how ever since Jason Kenney announced he was flying off to Alberta to fight the godless commies, the Con's religious base has has been in a frigging frenzy.

Demanding that another religious fanatic be summoned to lead the Harper Party.

And it seems that their prayers are being answered. The former speaker Andrew Scheer is preparing to answer the call.

And here comes another one crawling out of the woodwork. 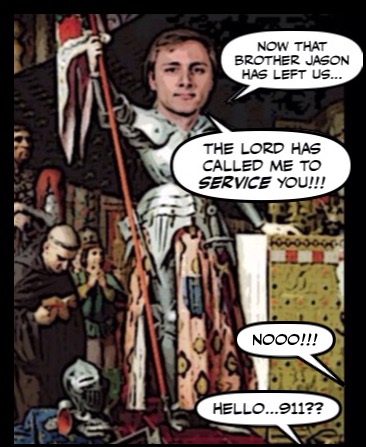 Trost plans to “officially” announce in September. But with major former cabinet ministers in the race like Kellie Leitch, Maxime Bernier and Tony Clement, plus potential entrants like Lisa Raitt, Kevin O’Leary and Peter MacKay, why is Trost planning to run?

Who as you can see is against a lot of things:

And on Trudeau? “Doing selfies is not leadership.”

Legalization of marijuana? “I don’t smoke and I don’t think you should either and we need to say no.”

And of course the ghastly wingnuts at LifeShite News are absolutely delighted. 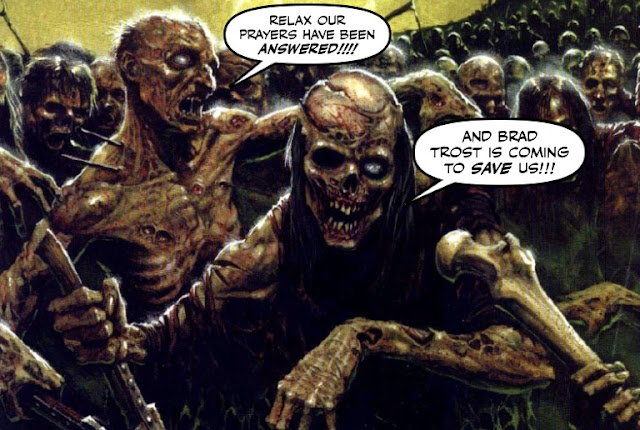 Trost is “exactly what Canada's conservative movement needs at this point in time,” according to Jack Fonseca, political strategist for Campaign Life Coalition.

“Brad is a no-nonsense, straight talking guy who would stand on core conservative principles including the sanctity of human life, traditional family values, small government, freedom of religion, and fiscal responsibility,” he told LifeSiteNews.

And although I realize that Trost has as much hope as a snowflake in hell of becoming the new leader of the Cons, the fact that he is even planning to run does beg these questions:

What does it say about that party that it would shelter religious bigots like that one in its ranks in the year 2016, in a country like Canada?

Why do women and gay people have to put up with such hateful nonsense?

And of course the big question.

When can we bury those monstrous Cons once and forever? 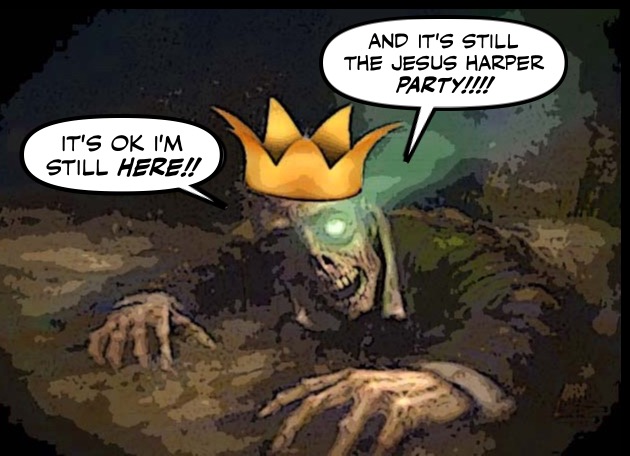 Brad Trost!!!!!!!!! LOL LOL LOL LOL Stop it Simon..... Not a snowflakes chance in hell..... So pleasing to watch these Bigot, morally depleted, pieces of useless human flesh compete against each other. Extra pleasing to know that neither one of them will reach PM status in this country!!!!!! Like watching a clown sideshow. A real circus of ReformCONS!!!!!!! FS

From the LifeShite link: But as far as his leadership aspirations are concerned, he sees it as “a bit of an advantage” to be “someone who is not tightly associated with the Stephen Harper government.”

Gotta love it! Harper's name is mud even among his own kind, the rabid evangelicals. What ingrates!

I want O'Leary to run. Let's make it entertaining at least.

Just what the Cons need a religious social conservative freak to breakup the Harper Party into one Centre-Right Party and one neo-Fascist Theocrat Party, this is great!
-Rae

In a democracy every one has the right to run for office. However, a political party which is trying to make a come back might want to be a tad more selective in who they have run. His opinions on major social issues sends a clear message, this party is not the p.arty which most Canadians would support. He might be better off with a party which is somewhere in the back hills

Bump...I do not give a rats ass what the cons say or do. I come from a fundamentalist sect. I rejected that shit in my teens 6 decades ago. I am doing fine thankyou. Where I go when I pass is the only thing agreed on by health care professionals. I go from alive to dead. My daughter and her spouse and my grandchildren have enhanced my life incredibly. I do not fear terrorists I fear the lying bastards that are trying to assume control of our country or any other. Corporations have 1 mission and they do NOT need to apologize for it and that is profit. The issue that most pisses off the average crowd is the passes that they have bought from donations to their preferred political color and individuals and that they got away with it at all. The passage of TPP completes the transition from faux democracy to real corpocracy. The protests @RNC & DNC are nothing compared to whats coming no matter which Fraud is elected. The far more interesting story or rather the story that may change the game is the midterms outcome. Fer Sure Bye Bye DWS

hi FS...yes I know it is hard to believe, and it is a fascist circus. But he good news is that the more religious fanatics jump into the leadership race, the smaller the chance that the Cons ever form a government....

hi anon...yes, Great Godly Leader fooled them for so many years, but now he is the Great Satan. As Donald Trump would say, sad. And as I would say YIPPEE !!! ;)

hi MC...well I too am hoping for O'Leary to run, for it would make it more interesting. I can see him now insulting the others, and I can see the party establishment blowing their heads off. The leadership race is already an absolute disaster, and he could only make it worse...

hi Rae...for years during the nightmare darkness of the Con regime, I used to print out pamphlets urging their supporters to join the Christian Heritage Party, in the name of Jesus. But the neo-Fascist Theocrat Party sounds even better... ;)

hi e.a.f...what? You don't like Brad Trost? The Lord has called him to help destroy the Harper Party, so who are you to defy HIM? Heathen get down on your knees and beg for forgiveness... ;)

hi anon...yes you're right, the religious fanatics would distract us from the real problems our society faces. Like inequality, climate change, and the corporations and their stooges who would turn us into slaves. But I take comfort that Bernie Sanders has lit the fuse for a political revolution, and that movement can only grow no matter what else happens....