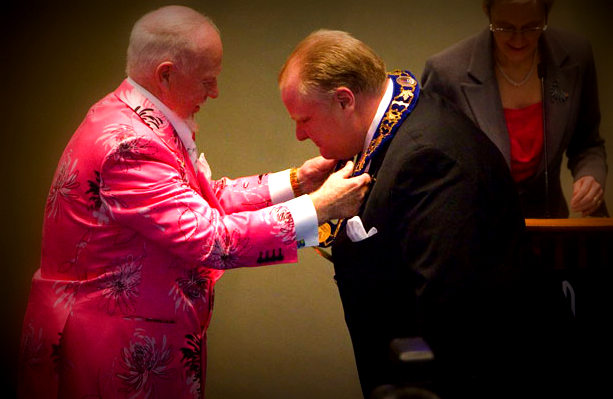 I knew Don Cherry was going to say something about his good buddy Rob Ford.

For who can forget how that ghastly redneck hung the chain of office around Ford's neck?

And used the occasion to attack the "left-wing pinkos."

Which had to be one of the lowest moments in the history of Toronto.

But while paying tribute to a friend is fine, this is outrageous.

For what can you say after an insane diatribe like that one? Except wonder whether Cherry has finally lost his last marble? Is he really criticizing the MSM for slobbering all over Rob Ford?

And where does he get the idea that Ford was the "people's mayor?" When as I wrote yesterday, he was a crass, vulgar misogynist, an ugly racist, a hideous homophobe, and and all round Con thug.

And his legacy couldn't be fouler or more dangerous.

Rob Ford was the most important and impactful person to operate in Toronto politics for decades, and most of what he did was wrongheaded, ignorant, or both; at his worst he could be outright malicious. He was not simply a clown (although he could and would play the clown, sometimes quite willingly). He was not simply an addict struggling with a terrible disease. He was, in fact, much more than that, including as close to a total embodiment of the great problem with modern politics as one could imagine.

Ford disliked Toronto’s queer community intensely, and made this obvious. He refused to attend Pride parades and most PFLAG flag raisings, first inventing excuses and then finally admitting he just didn’t want to go. He turned his attempt to remove a Pride flag during the Sochi Olympics—raised in protest of Russia’s persecution of gays—into a campaign plank. He cast the lone vote against an LGBTQ shelter. His dislike for the LGTBQ community was so pronounced that when City Council applauded the success of World Pride and the city staffers who had made it possible in 2014, Rob Ford petulantly refused to applaud or even stand.

Even if the MSM and even some progressives still don't get it.

Don't understand that Rob Ford was a dangerous demagogue, our mini-Trump. And for progressives in Toronto he was no joke, he was a living nightmare.

And since the Ford Nation, which has been compared to the Trump Nation, is still with us. And Doug Ford is their new leader... 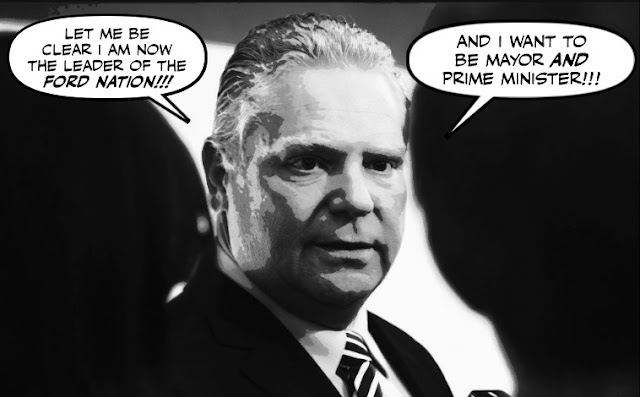 The Ford Nation is still a threat.

Unlike Don Cherry of course, who is just an annoying right-wing kook... 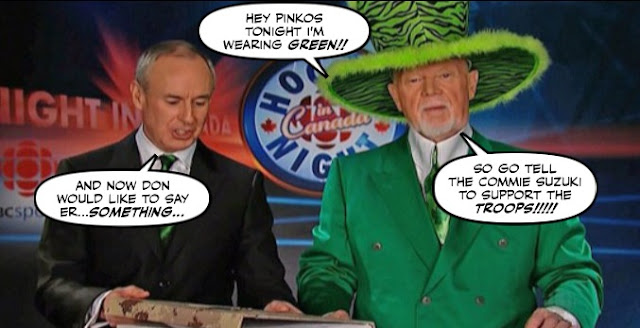 Who if the hapless managers at the Conservative Broadcasting Corporation had a shred of integrity, should be fired tomorrow along with this other teabagger ... 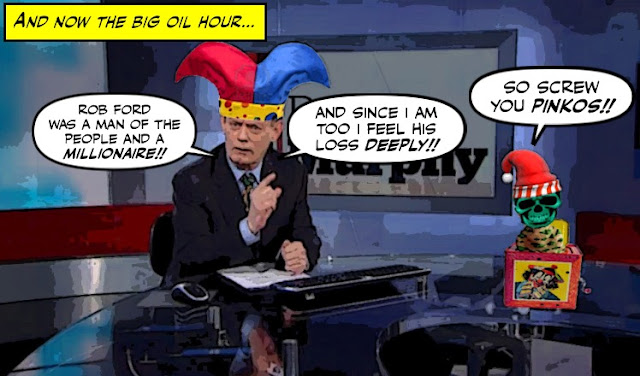 For peddling their kooky right-wing opinions, or Trumpist garbage, on the public airwaves.

As for Rob Ford, may he rest in peace.

And make sure that the verdict of history, is as harsh as BOTH these Con thugs deserve... 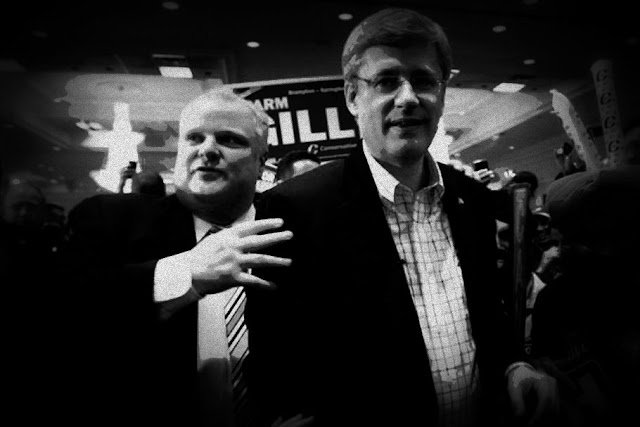 "Trudeau is unfit 'cause he has smoked weed..."
But he never sold that or any other drug and he has never had any drug dealers killed to protect his "image".
Not a comparison, mind you...just a statement of fact.

Don Cherry and idiot Rex Murphy needs a mental assessment!!!! Don is just old but why does morally depleted Rex embarrass us Newfies every time his lips move?????? FP

If smoking weed was the only reproach we had of Ford, then he might have been a worthwhile human being. Alas, that is not the case.
Ford was an embarrassment to Canadians, and particularly the good people of Toronto who deserved better.

Simon you do realize that the Mound of Sound only wrote that nonsense to attack you? I realized that as soon as I saw it, and saw your story with the word "legacy" in the headline. It's obvious he wrote what he did in burst of frustration/ hate /envy. So why didn't you point that out? Don't let that bully intimidate you.

I noticed that too. The Mound of Manure is always attacking Simon !!!! He thinks Progressive Bloggers is his private Facebook page and hates Simon because he's a much better blogger than he is !!!!! RJ

hi anon...yes, the saga of the Ford family would indeed make a great reality TV series. And yes since Dougie has bee accused of being a big drug dealer when he was younger, and his brother was a notorious drug abuser, you might think he'd know better than to open his mouth, and squeal like a Con hog...

hi anon...I have no idea why the CBC continues to employ the gaseous Con windbag Rex Murphy. But don't worry, we don't blame the good people of Newfoundland and Labrador. It could have happened to any of us, and Rexy really belongs to Alberta.... ;)

hi anon...I don't hold his drug abuse problem against him. Drug addiction is a societal problem and afflicts many Canadians. What I hold against him is his vulgarity, his bigotry, and his bullying. Drugs might have aggravated his flaws, but they didn't create them...

hi anon...yes I saw that *sigh.* And yes it was pathetic. But I'm sure he regretted writing that nonsense as soon as he posted it. And I didn't want to embarrass him further. I just used it in a positive sense to try to show that those who believe that Ford was just a buffoon, were wrong. And that his legacy remains a problem...

hi anon...look, it's OK, it didn't bother me a bit. Mound has been on my case recently, and his desire to dominate Progressive Bloggers, or as you say turn it into his Facebook page, can be a bit annoying. But he is a great contributor to our little Canadian political blogosphere, so I'm still rather fond of him. Although less than I was yesterday... ;)

There has been many critiques regarding certain athletes who ventured into the political arena after playing their various sports too long without wearing a helmet. In Don Cherry's case wearing a helmut is irrelevant. It would and will not improve his thought processes one iota. He has developed a schtick that pays him very well and he doesn't care who he hurts in this exploitation from his bully pulpit. What is troubling is there are many uncaring and ill-informed followers who are absorbed by his false stardom.