Sheila Fraser and the Attack of the Con Rats 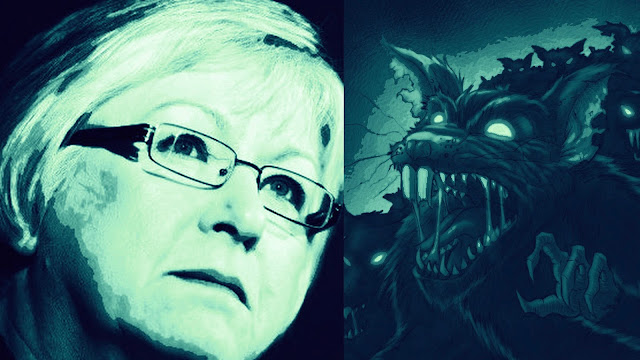 I'm sure Sheila Fraser knew when she called the Con's Fair Election Act an "attack on democracy" that the Cons would come after her like a pack of rabid rats.

And sure enough, as I pointed out in my last post, the Cons are trying to smear her.

But if Pierre Poilievre, the leader of the rat pack, thought he could intimidate her, he must be very disappointed and very desperate.

Because there she was on CBC Radio today. Gently, but firmly, taking his bill apart again... 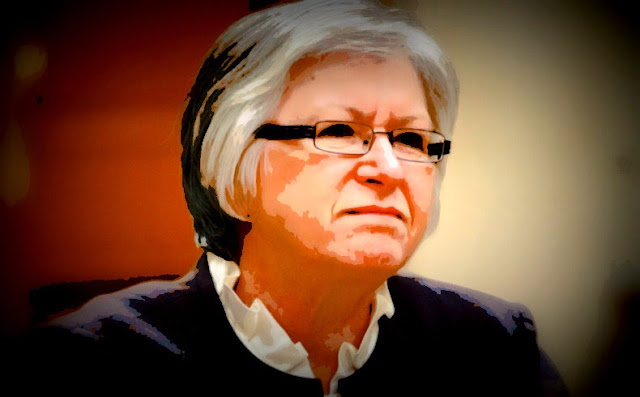 If you have the time you should listen to that interview, because the contrast between her reasoned arguments and the sleazy Con Tony Clement sneering about "so-called experts," couldn't be greater than between human and animal.

And her message couldn't be clearer:

The bill is an attack on democracy, it will disenfranchise hundreds of thousands of Canadians, it will muzzle the Chief Electoral officer, it will make it easier to steal an election and get away with it.

And the best thing is, Fraser will also be testifying before a parliamentary committee this week. So her message, and her warnings, can only get louder, and be heard by more Canadians.

While Pierre Poilievre's stature continues to shrink, to the point that he's being mocked by just about EVERYBODY... 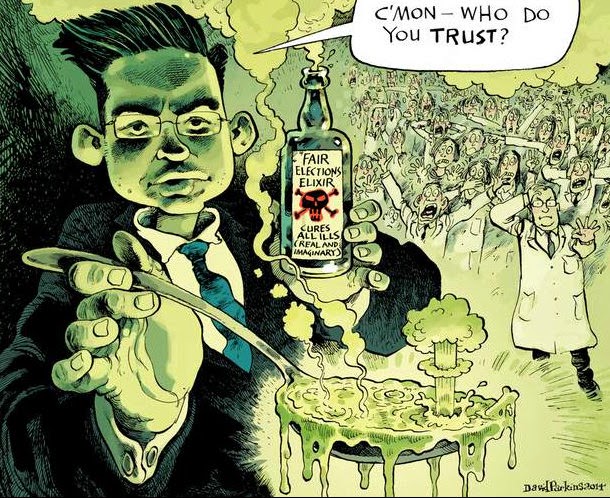 We have often been accused, quite maliciously, of being a group of political bullies for our use of closure, omnibus bills and overweening partisanship. We reject these characterizations completely.

Mr. Speaker, on a personal note, I am mindful of my relative youth. At 34 years of age, however, I am already a career politician, having done nothing else with my adult life. I therefore know a thing or two about elections.

Yup. It couldn't be working out better. Poilievre is becoming a bad joke. 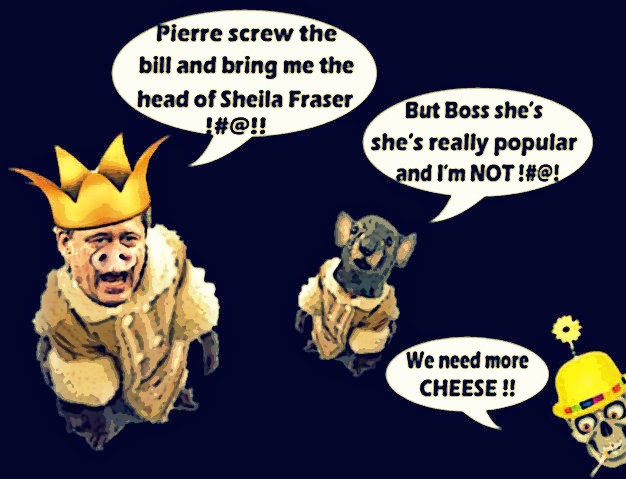 And their foul bill is becoming just another giant nail in the Con coffin.

But of course it's up to us to hammer it in. Because let's not forget that Sheila Fraser didn't just come forward to voice her own views.

She also braved the Con hordes, to urge all decent Canadians to speak out.

Some of them are already doing that all over the country... 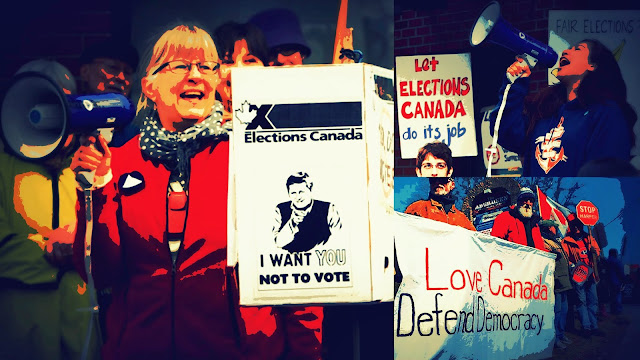 And all of us must join them.

For what started out as a protest against a bad bill, is slowly turning into a revolt against the Con regime.

And what Sheila Fraser and other distinguished Canadians have started.

I was dissapointed to see Hugh Segal pile in on Sheila . He turns out to be just another Harper bumboy who, relieved of an responsibility to the populace and happily double dipping, shows his true buyylboy colours.

hi rumleyfips....I was surprised Segal would call the criticism of the Unfair Elections Act overblown. I somehow expected better of him. The bill is an atrocity, and when it comes to a country's democracy you can't be careful enough. But I guess it's just one more reason the Senate should be abolished...

Stevie was willing to grovel at the feet of Ms. Fraser when she was trashing the Chretien-Martin Libs....now she is a dummy! And where do they come up with the 65,000 cost, according to her her work on the Election Panel has earned her a couple of G's If you need an emetic or want to barf check out that idiot BC Blue who LOOOOOVES the Fair Elections Act. Interestingly Dean the Goof (BC Blue) hasn't even mentioned the Dmitri-Eve incident.........how can he blame that on the Harper haters of any stripe? If it sucks andyou can't blame it on the Libs or NDP (or Bloc or PQ) it didn't happen in Dean's world of Albertan retirees in Orange County North (the Okanagan).

Hell the HarperCons can't even come up with their own shit, and constantly recycle RePuke shit imported from down south.