Rob Anders and the Ghastly Foulness of the Cons 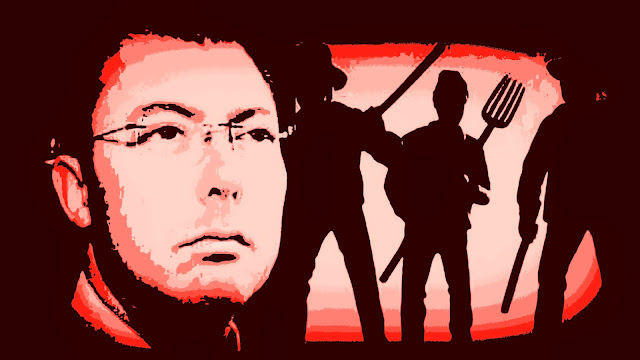 I see that voters in the riding of Calgary Signal Hill will be deciding the fate today of the Con loon Rob Anders.

And that his opponent believes that this time he can be beaten.

Ron Liepert says it's a myth that controversial Calgary MP Rob Anders is somehow untouchable after a 17-year run in federal politics. And it's a streak he's hoping to bust when federal Conservatives in the riding on Calgary Signal Hill pick their nominee on Saturday.

So you might think that Stephen Harper and his inner circle would be secretly hoping that Liepert can rid them of a guy like Anders, who is always embarrassing the Cons and making them look like rednecks or MANIACS.

But sadly you'd be wrong.

Because first Harper endorsed him and now so has Jason Kenney. 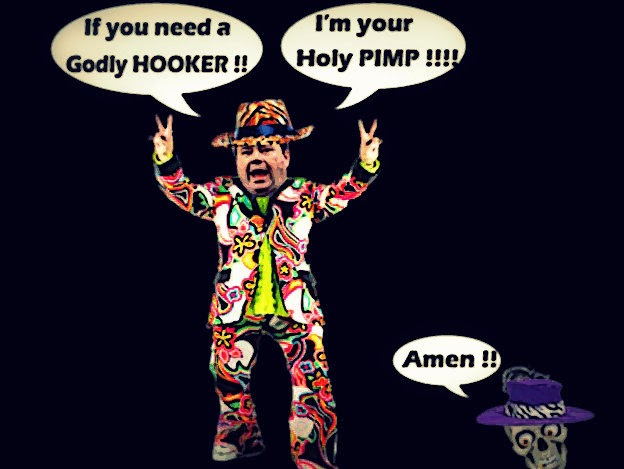 The Road to 2015 is one that needs strong, stable leadership and I’ve been able to count on Rob Anders to get real results for his riding and our country. I invite you to join with Prime Minister Stephen Harper and myself, Jason Kenney, in supporting our colleague, Rob Anders, for the Conservative Party nomination in Calgary Signal Hill.

Even though the party had promised a "fair and open" nomination contest.

Even though Anders is one of the grubbiest political hacks this country has ever known. A low creature if ever there was one.

In his waking or sleeping state...

And even though his campaign has been as disgusting as the man himself:

Anders has accused Liepert's campaign of signing up Liberals and NDP supporters in an effort to unseat him. He has released the names of known Liberals who Liepert has recruited.

During the race, Conservative party officials chastised Anders for what they say were misleading phone calls. His campaign placed calls to party members that might have left the impression they were calls from Liepert's campaign. If the target of the call was unsure about who they would support, the caller proceeded to criticize Liepert.

But then of course Harper and Kenney really have no choice because they're DESPERATE.

They are at 28% in the polls, so they HAVE to appease the rabid religious base that adores Anders. Or surrender any hope of winning the next election.

And the good news is that we can't lose. If Anders wins the nomination we can hang him and his sleazy record around their necks all the way to that election.

And if Liepert wins, the religious fanatics will be so disappointed they could stay at home and pray instead of voting. Or urge their supporters to vote for another party.

So the Cons will do ANYTHING to pleasure that base.

Even if that means letting a notorious anti-gay bigot into Canada. 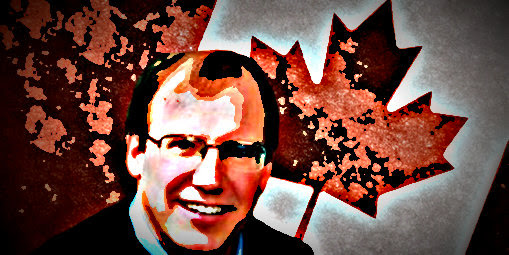 A controversial U.S. speaker who heads a group that advocates against what it calls "the radical homosexual agenda" and was stopped by customs officials at the Regina airport will get to speak at an anti-abortion conference in Weyburn, Sask., after all.

For let there be no mistake, Peter LaBarbera is one of the most virulent bigots in America who never should have been allowed into Canada.

His Americans for Truth About Homosexuality has been designated as a hate group by the respected Southern Poverty Law Center.

Americans for Truth About Homosexuality (AFTAH) was formed as a part-time venture in 1996 by long-time gay-basher Peter LaBarbera, who reorganized it in 2006 as a much more serious and influential, if often vicious, operation.

And the Cons ARE pleasuring their rabid base.

Marci Millette, president of Saskatchewan Pro-Life Association, was flabbergasted at LaBarbera's detainment. "Are these tyrants going to detain Christian priests and pastors next? They preach the same Gospel messages," she said.

But then that's who they are, the lowest of the low, and believe me we shall use all of that against them as well.

And in the meantime, please remember that tomorrow's nomination contest is taking place in a Con riding in ALBERTA.

Like most ridings in that province it's a real JUNGLE.

“Not to degrade any of the candidates or anything, but you could put a monkey in here under the Conservative banner and we would vote Conservative, and I’m including myself,” said Trevor Nawalkowski, a long-time resident of the riding.

So don't get your hopes up too much eh? 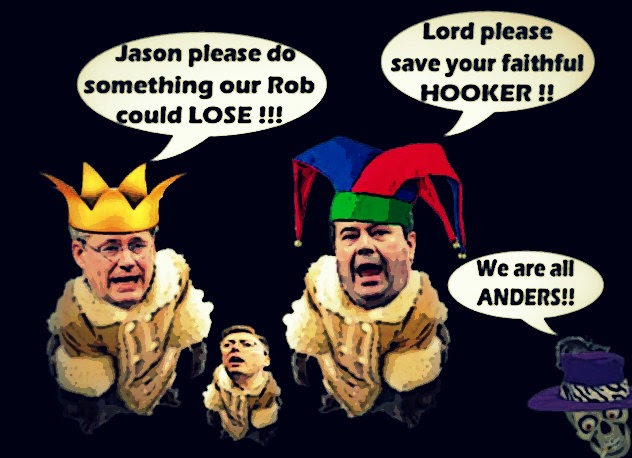 Because they are desperate and DANGEROUS.

And of course, as I always warn people.

Should you spot the Con loon Rob Anders.

How can we lose?

.. well .. Harper and his accursed Complicits work at their well deserved dirtbag Legacy every day..
and if it appears they ended up with the Harper Curse instead.. well Amen ..

Here's a link to how one ordinary Canadian, a gardener.. views them now ..
and was kind enough & concerned enough to write his local paper

by the time I read this, Anders was toast. Ah, how wonderful. Now it remains to be seen if Anders runs as an independent. there is no law against people changing their minds about what party they join and un-join. In B.C., once upon a long time ago a Tory M.P. lost his nomination meeting because it was "hijacked" by another. The M.P. of course ran as an independent and won. Chuck Cadman stuck to his principals, won, and sat as an independent, never to be swayed by Harper and his cronies. In the case of Anders, it remains to be seen if he runs, and how much support he receives (behind the curtain) from Harper and his ilk.
\
Harper has a rabid base. However, at one time, a long time ago, there was a party called the Progressive Conservatives and prior to lyin' bryan becoming its leader, it did stand for something in this country. Who knows maybe there still are Progressive Conservatives left in Canada and they want their party back. Now that could be fun. That can only happen one riding at a time. It maybe this country will be rid of this bunch of teabagging northerns, not by a general election, but by one nomination meeting at a time.