Senategate : The RCMP Goes After the PMO !!! 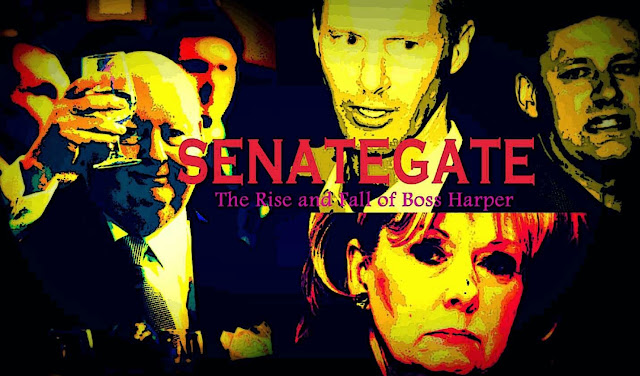 Oh goody. It looks as if my favourite show Senategate is back.

With the whole cast of characters ready to entertain us again.

And now even MORE exciting than before.

With the RCMP going after the PMO !!!!

The Prime Minister's Office has turned over a hard drive and a Purolator receipt to the RCMP as part of the Mounties' investigation into Stephen Harper's former chief of staff, Nigel Wright, and suspended Senator Mike Duffy.

The court records show the RCMP received the data on Jan. 16, 2014. The item description says it is "Intella file report data," which seems to refer to a forensic search tool that can be used to recover deleted email or other files and extract metadata, among other purposes.

Because if they are looking for deleted e-mails that can't be good news for a Prime Minister who claims he knew NOTHING.

Especially after this embarrassing incident.

Court records released in November show the RCMP sought emails from Benjamin Perrin, who at the time was a lawyer for Harper, but they were told the emails were deleted when Perrin left his job.

Less than two weeks later, the government said they had been mistaken: PCO actually still had the emails because they'd been kept due to "an unrelated litigation.

Which made it look as if they were hiding something until they decided they better not.

And especially if a search of that hard drive should reveal the presence of other e-mails that were NOT handed over.

And this can't be good news either. 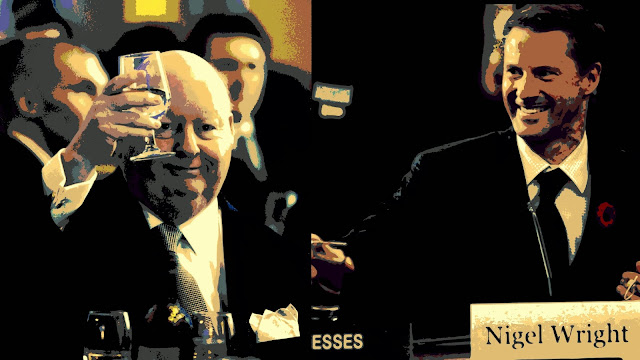 More recently, the PMO gave the Mounties a Purolator slip for something mailed from Charlottetown to Wright on Feb. 21, 2013. The receipt is related to information already provided to the RCMP, the court records suggest.

For one can only wonder what was in that package that Mikey sent Nigel ?Could it have been something that required a signature, like a DEAL?

And let's hope, for their sake, that the PMO didn't claim that they never received it. Or "lost" it like the e-mails.

Because that could make Senategate even MORE exciting !!!!

Although I'm sorry to say to say that one popular character won't be returning to the show's new season.

At least not immediately... 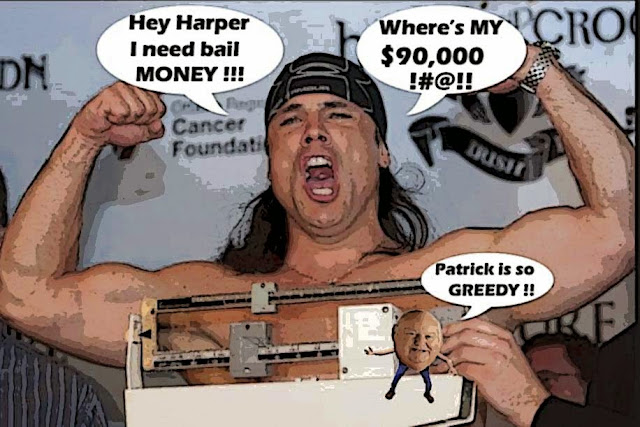 Because he's in rehab after being arrested. Again.

Suspended senator Patrick Brazeau was released from custody Friday on $5,000 bail, a day after being charged in connection with what police describe as a violent domestic disturbance.

Except that some Harper appointments are even WORSE than others.

And of course that Senategate is still the most potentially fatal scandal Great Leader faces. At least until the robocall trial starts in June.

Because one only has to look at this other scandal.

To ask the obvious question: How did a control freak like Harper know what was going on in a committee room protected by a cone of silence?

Françoise Boivin, the NDP MP on the committee, said secrecy was paramount. "It's so confidential that we couldn't keep any documents; we received things on USB keys that you had to return, and you had codes. It's a cone of silence type of thing."

The iron-clad clandestine process made it all the more puzzling when Prime Minister Stephen Harper said in the House of Commons on April 1, "During consultations, all of the parties in the House agreed with the idea of appointing a Quebecer from the Federal Court to the Supreme Court."

But didn't know what was going on in his own office.

And if the RCMP do find evidence there was a cover-up at the highest levels of the Con regime.

It could still land him in a very bad place... 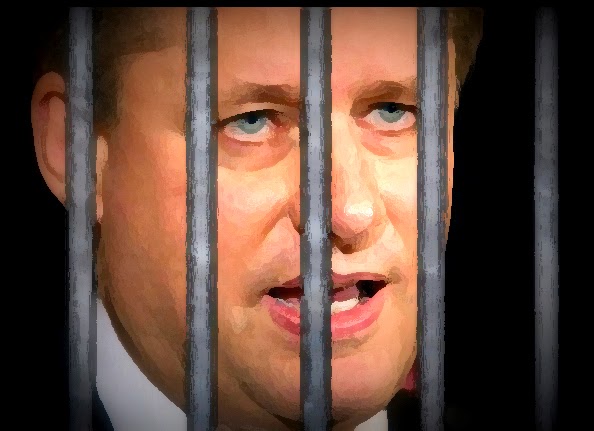 Yup. It's all adding up. One scandal after another.

They're damaging his credibility, and tarnishing his brand.

He can dodge one, but he can't dodge them all.

And in the end they WILL destroy him...

Meanwhile, the masses are distracted with visions of the great statesman, travelling the world on our dime. First Isreal, then the Ukraine then South Korea. Growing the economy and creating jobs for.... temporary foreign workers. As much as I would hope this deep seated corruption is finally exposed for the crime against democracy that it is, I fear this too shall pass and we get yet another news story with the great statesman waving as he boards his first class seat. Those who get in his way are smeared and thrown to the vultures of the controlled media who would have us believe that Mike and Nigel are the corrupt ones, when the stench actually should be at the feet of the great statesman. Alas, he will go on once again to a "strong stable majority" next year because Trudeau and Mulcair will waste their time tripping over one another while harper stands by laughing at them.

We’ve got the local police breaking down residential doors and seizing multiple computer systems including all their peripherals and boxes full of DVDs when they think someone has given someone else a left-handed cigarette. But it’s quite okay for these guys to hand over a lone hard drive months after it would seem it may contain something relevant to a case involving the possible subversion of a federal government process.

the whole scandal thing has gone on much too long. it has kept us entertained, but it is doubtful anything will happen to the "players". Well perhaps in 10 yrs or so, some one might be arrested, but until then its business as usual, keep the citizens thinking something will be done,while nothing does. Regardless of any proof of wrong doing, no one in key positions will be arrested, tried, and/or jailed. There is too much money and power at play.