Rob Ford and the Beast of The Great White North 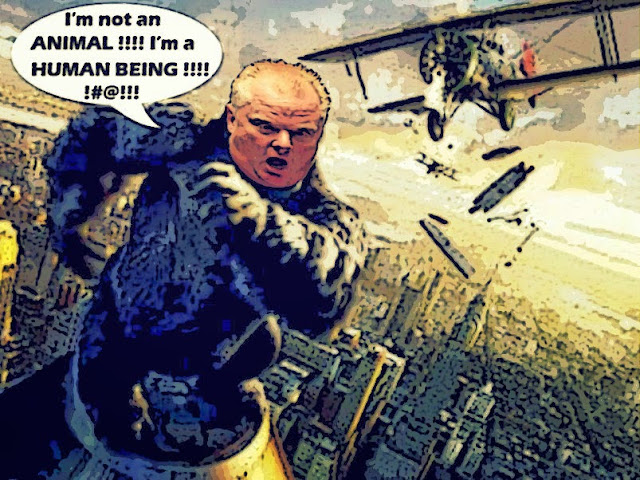 Well his campaign isn't doing too good lately. It's a little wobbly like Rob Ford himself.

Decent people don't want anything to do with him. Or let their children anywhere near him. So now he's holding ten thousand chocolate eggs.

And goodness knows what else.

But at least he was able to add two new members to his sagging campaign. Ben Johnson, the disgraced runner.

And a Trailer Park Boy.

Joining them was Sam Tarasco, an actor from Trailer Park Boys, a Canadian television comedy about petty criminals. Ford referred to him as “Cave,” short for “caveman,” an insult used on the show to describe his character, Sam Losco, who lost a trailer park election after he was drugged before a campaign speech.

You know, Sam the Caveman...

And it seems so fitting eh? Especially since the Fordzilla has been on a bit of a tear himself. Again.

He is still setting the bar as low as it will GO.

Mr. Ford’s message to the voting public is this: I may have smoked crack while in office and I may have lied to your faces about it; and shady characters in the drug underworld may have recorded me on a cellphone video while smoking said crack; and I may have a very close friend who has been charged with extortion related to attempts to recover that video from gang members after its existence became public knowledge.

And I may have been recorded on other occasions ranting incoherent, inebriated death threats and calling the Chief of Police unmentionable names; and I may have referred to my wife in a startlingly vulgar manner; and I may have purchased illegal drugs while in office; and I may have driven drunk; and I may have alienated the entire City Council and been politically neutered; and I may have made Toronto, in particular, and Canada, in general, a laughingstock; but I have done nothing wrong.

And still living in denial.

For even the Americans know he's the Beast of The Great White North...

Their laughable buffoon. Our never-ending embarrassment.

But at least now we know that scuzzy trailer trash will be taken to the curb in October.

And that the suffering citizens of Toronto will soon have a new mayor. 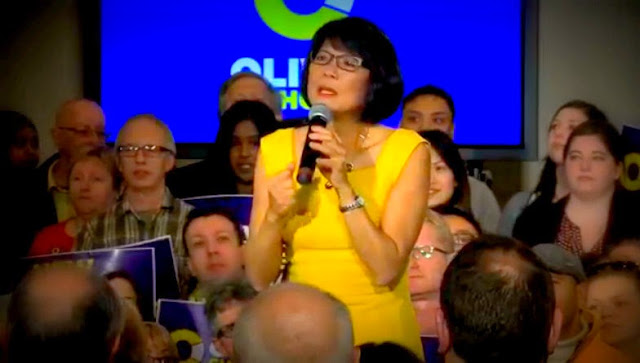 And isn't she beautiful?

I dream of the rebirth of decency.

A great publicity stunt for the new Trailer Park Boys movie, and as for Ben Johnson, no amount of anything can make that man look good to the Canadian people; it just seems too much of a set-up to think that Ford, although arguably brain-dead, would come up with this 'support' as a means of raising the bar (pardon the pun) for his re-election bid...rather, it is a bad morality play disguised as two endorsements...the really intriguing question is, who sent them?

Trailer Park Boy? If he had got Julien or Bubbles maybe.