Harperland and the Winds of Change 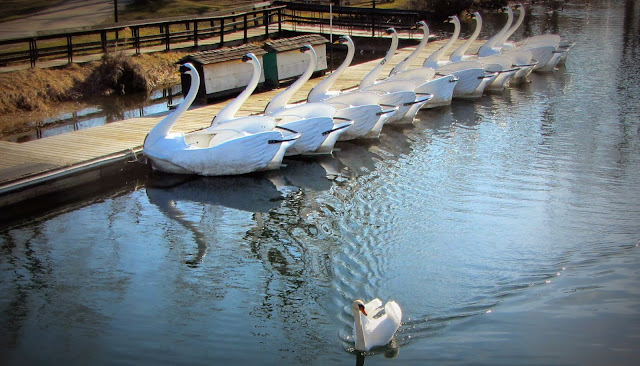 Sometimes I think that getting Canadians to take any kind of political action is like that swan trying to get the wooden ones to follow.

Because we must be one of the most democratically complacent people on Earth.

But even in this frigid spring, even in Harperland, the winds of change are blowing.

The results of the two most recent provincial elections - in Nova Scotia and in Quebec - may be the start of a trend that incumbents like Stephen Harper, Kathleen Wynne, and Rob Ford ought to be worried about. Voters in Canada, long happy with the political status quo, appear prepared to vote for change.

And this has got to be bad news for Stephen Harper and his tired corrupt Con regime:

Some incumbent politicians still argue the economy is fragile and change is not worth the risk. The attacks Harper's Conservatives have been levelling at Justin Trudeau have this message at their core.

But that's a stale pitch. Voters appear hungry for something fresher, something more than just "staying the course." They're open to the idea of change.

And all I can say is that change can't come soon enough. Because when a journalist like Thomas Walkom can dismiss the foul Unfair Elections Act so easily. 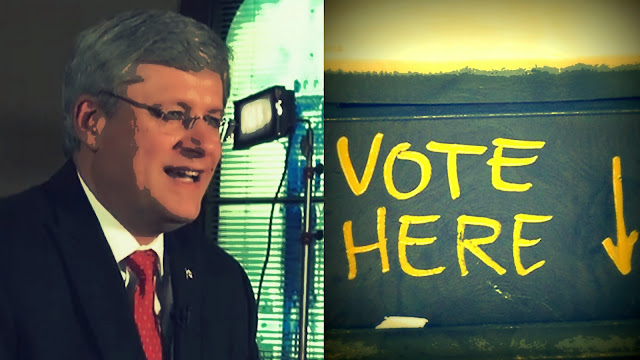 Yes, the Conservative government’s proposed election reform bill is wrong-headed. But take a deep breath. Its adoption will not materially hasten the end of civilization as we know it. There are deeper forces at play.

My guess is that Canada’s struggling democracy will survive both Harper and Pierre Poilievre, the abrasive minister tasked with promoting Bill C-23.

You know we're in trouble eh?

And what bothers me the most is that he seems to suggest that we shouldn't get too bothered about the Con plan to suppress the vote, because young people don't vote anyway. They just don't care.

Younger people in particular don’t vote. When I ask them why (and over the years I’ve done a fair amount of interviewing on this) they usually shrug and say they aren’t interested. Or they don’t have time to research the issues. Or they had no idea an election was on. 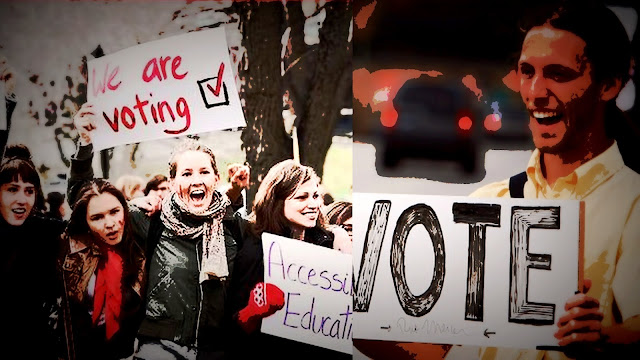 When in fact many young people do care, and the problem is that we can't reach the others.

We seem unable to tell them in their language why they should vote. We're not able to show them why it's so important to take their future into their own hands. Or the fatal consequences of not voting.

So in that regard, I came across a music video the other day. It's not political, it's not a great video, and the music isn't great either.

But it kind of fits the message I'm working on for younger voters, that goes something like this: 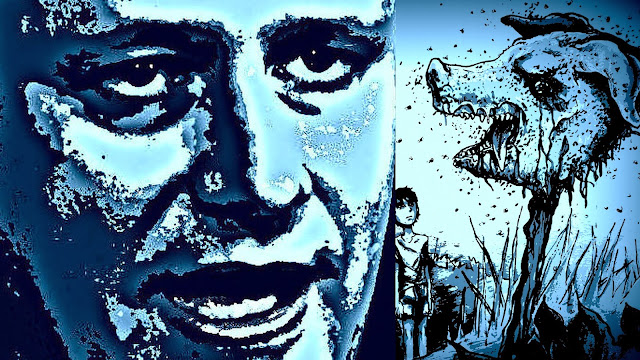 Stephen Harper wants to steal your vote because he doesn't want you to have any say about the kind of world he would have you and your poor children live in.

A low wage world with no security or benefits, or even a pension to look forward to at the end of the road. A brutish place where the poor get poorer and the rich get richer.

A police state where you are stripped naked and made helpless while he torches the planet. Even though that could cause mass starvation, incredible suffering, and even the Third World War.

The parallels between the political decisions regarding climate change we have made and the decisions that led Europe to World War One are striking – and sobering. The decisions made in 1914 reflected political policies pursued for short-term gains and benefits, coupled with institutional hubris, and a failure to imagine and understand the risks or to learn from recent history.

Because he is crazy and he is dangerous.

And unless you use your vote to beat him down you will wake up like the rest of us in his nightmare world...

And the message I take from that video is that once we were sleeping but now we are awakening. Once we were blind but now we can see.

Once we were helpless and beaten down but now we are angry and RISING.

We have seen the future, we know The Enemy.

And with our votes we will RESIST... 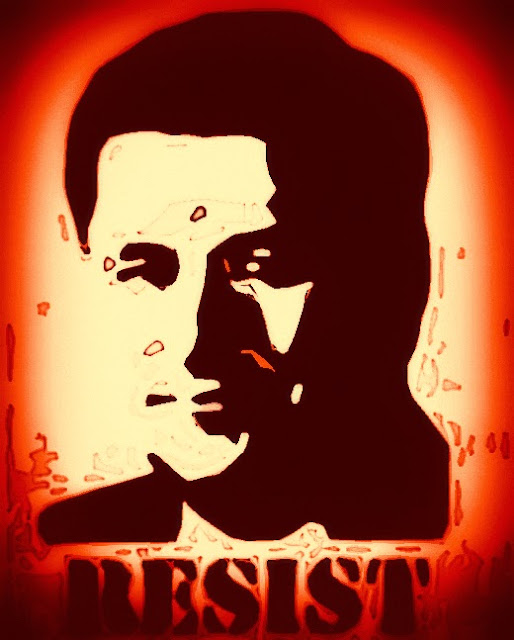 that writer simply reminds me of Chamberlain in his dealings with Hitler.

my interpretation of what the writer is saying, no matter how hard your abuser is hitting you, if you find someone else, it could be worse. He fails to see things could be a whole lot better.